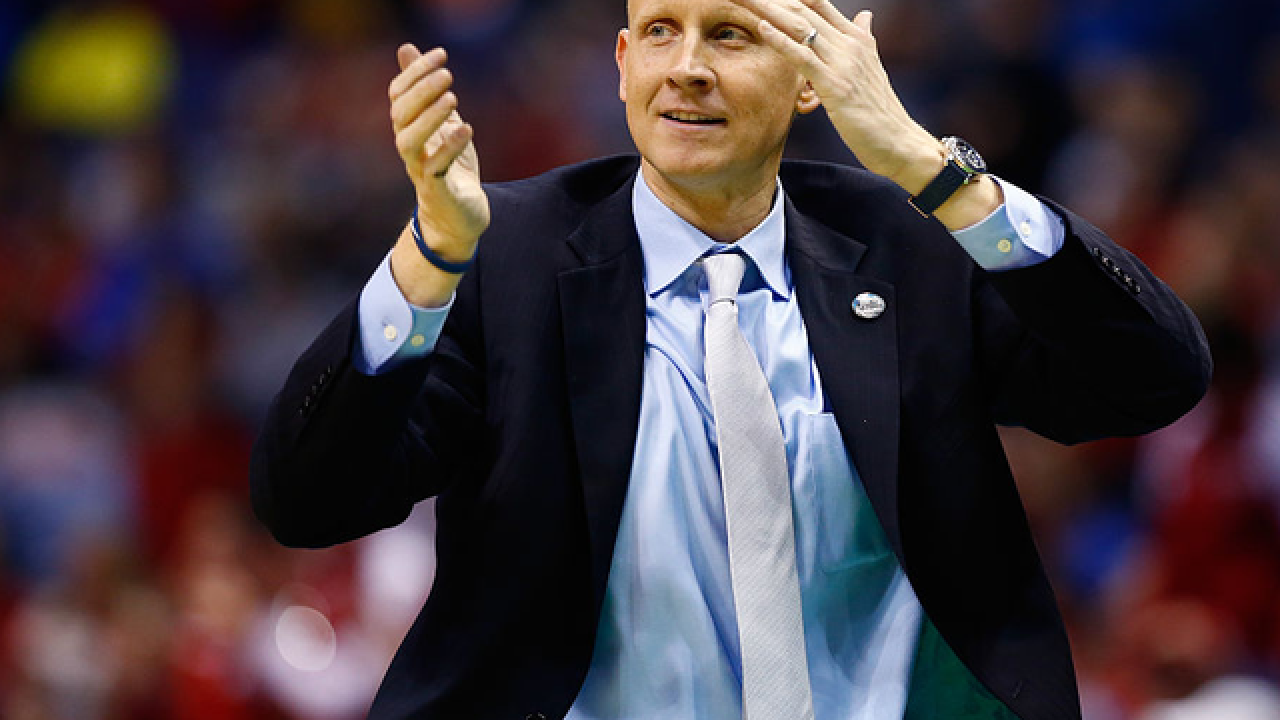 Don’t be sad about Chris Mack possibly leaving. Be happy he was here as long as he was.

Look, I don’t know if Mack is leaving or not. He was supposed to meet with the people who run the University of Louisville over weekend (and by the way, you think you’ve got troubles? How would you like to be cleaning up that cesspool?) and Mack may be driving up I-71 any moment now with a contract that could pay $70 million over the next 10 years.

WHEN WILL DEAL BE DONE?

The Louisville board of trustees gave its interim athletic director, Vince Tyra, the permanent position on Monday. Now Tyra is free to hire a coach. In Louisville, they're expecting an announcement Wednesday.

There's only one other guy under consideration, according to reports in Louisville, and that's Kenny Payne, a former Cardinals player who is the top assistant for Kentucky coach John Calipari.

From all indications, Louisville is heading to the NCAA’s version of “the slammer” for the sins committed by Ricky P, allegedly. With the house, sometimes you’ve got to replace a water heater or go without air conditioning for a few days. Life in the big time.

NCAA sanctions or not, it shouldn’t be a surprise that Mack is interested in the job. The Cardinals, easily, have the best arena in their conference -- one of the best in all of college basketball. It’s fit for any NBA franchise. It’s a ‘blue blood’ basketball program.

You have more than just "a chance" to win an NCAA championship at Louisville. It’s already been done, several times. And since the school is in a never-ending battle for attention with its big brother to the west (are there more UK fans in Louisville than Louisville fans?) the ‘Ville has deep pockets among donors eager to say they’re part of any championship banner unfurled at the Yum Center.

Money talks and that’s why coaches don’t walk to these kinds of jobs. They run.

Two things drive anyone to leave a good job and seek out another: money and ego.

Some people like to say the "challenge" is the reason they leave. But that would fall under the ego category.

Chris Mack is no different than you or me in that one. He’s no egomaniac or money grubber. He’s just a human being, just like you and me.

The story goes, he was the first choice to replace John Thompson III last spring at Georgetown.

What could be worse than replacing the son of the greatest coach in a school’s history?

The story goes, he had a few other offers over the years. But Mack is in his late 40s now. And after you say ‘no’ too often, other schools stop calling.

If your current job is your destination job, great. It’s worked for Jim Boeheim at Syracuse, Mike Brey at Notre Dame and Mike Krzyzewski at Duke. But those are few and rare situations. Most college coaches are vagabonds.

Mack has a strong Xavier pedigree. He played for Pete Gillen and coached with Skip Prosser and Sean Miller. But those coaches eventually left Victory Parkway for bigger conferences, more money and donors with deeper pockets.

And guess what: Xavier survived. Pete had the quips. Skip was as lovable as they come and Miller brought in the best players the program had until that time.

Mack trumped all of them.

Time moves on and my guess is so will Mack. Maybe Xavier looks at one of his assistant coaches to replace him. Maybe Xavier goes outside of the family. Whatever it chooses, bet on the school. Its track record, when it comes to hiring coaches, is pretty strong.

Be happy that it happened, not sad that it’s ending.