Brink Brewing ready to bring together neighbors in College Hill 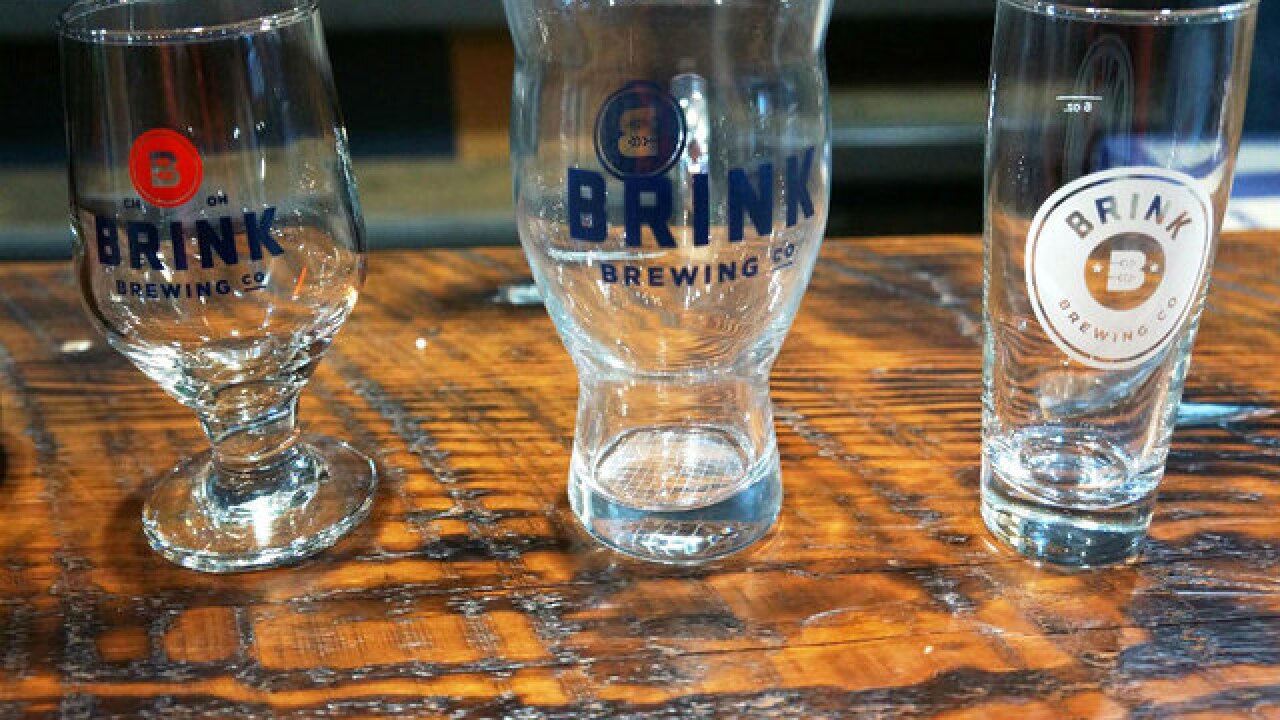 CINCINNATI -- When Brink Brewing Co. hosts its grand opening on Feb. 19, it will become College Hill’s first brewery -- and the first sign of completed development along Hamilton Avenue.

For three years, the Cincinnati native founders searched for a spot to plant their brewery, a hunt that led them to the neighborhood.

“As word was getting out that a brewery was coming, it was just overwhelming support from the community,” head brewer Kelly Montgomery said. “College Hill wrapped their arms around us. It definitely feels like home now, for sure.”

Montgomery said it was important for the space to have a parking lot and an area to build a patio.

“College Hill had all of that,” he said. “We were able to check everything off our list. It’s been a great fit.”

Brink is a family business: Montgomery and his brother-in-law Mark Landers (husband of Montgomery’s sister, Molly) run the brewery, along with Andrew McCleese, Montgomery’s Denver-based brother John McGarry and his wife, Sarah.

Montgomery’s beer-loving Uncle Jack, who collected the label from every bottle of beer he ever drank, inspired the business. Montgomery said his uncle would peel off a label, place it in an envelope and write the date on it.

“He’d travel to Belgium and Germany and would come back with these stories about beer, and he was always making beer,” Montgomery said.

Labels — including those from Magic Hat, Lagunitas and Green Flash — are pasted on the walls in the men’s and women’s bathrooms as a nod to Montgomery’s uncle.

“I think this wall gives you some idea just how passionate he was about beer,” Montgomery said, “and it just trickled down to the rest of us.”

Unlike many breweries in the city, Brink isn’t interested in mass distribution. It has a seven-barrel brew system, compared with Rhinegeist's 60-barrel system. The brewery has no room for expansion in the 3,200-square-foot space.

“We’re built just to support the neighborhood,” Montgomery said. “We’re not going to be heavily distributing. We’re trying to be a neighborhood place to gather and meet and grab a pint.”

The 14-foot-long community table — partially made from Colorado beetle kill wood — in the center of the taproom emphasizes Brink’s theme of communion.

Beers will range from light beers to barrel-aged, and at any given time Brink will have 12 to 16 beers available through its 20 taps (no guest taps, though).

“We’re not going to try to do any one specific style,” Landers said.

Last year, Montgomery and Landers’ Get Crackin Nut Brown Ale won best of show at Rogue Ale’s Hop Courage Great American Contest. The awards they’ve won over the years validated them to launch Brink, and they hope to win awards in the commercial category at competitions such as Denver’s Great American Beer Festival.

While the brewery won’t officially open until February — though they plan to start brewing this week — Montgomery and the Brink crew will guest bartend at local watering hole Marty’s Hops and Vines on Thursday. They will have some grains and hops for visitors to taste, and they plan on pouring beers from Urban Artifact, Tap & Screw and Blank Slate.

They haven’t confirmed Brink’s hours yet but said the brewery most likely will be open every day -- including  Mondays, when a lot of other businesses in the neighborhood are closed.

As for goals, Landers joked, “We don’t want to be the first brewery to close down.” Montgomery added that he hopes Brink will be well-regarded as “a fun place to go and [have] great beer.”

“If that’s what people are saying about us a year from now, that’d be fantastic," he said.