Brian Douglas: 'Working for Don was the best' 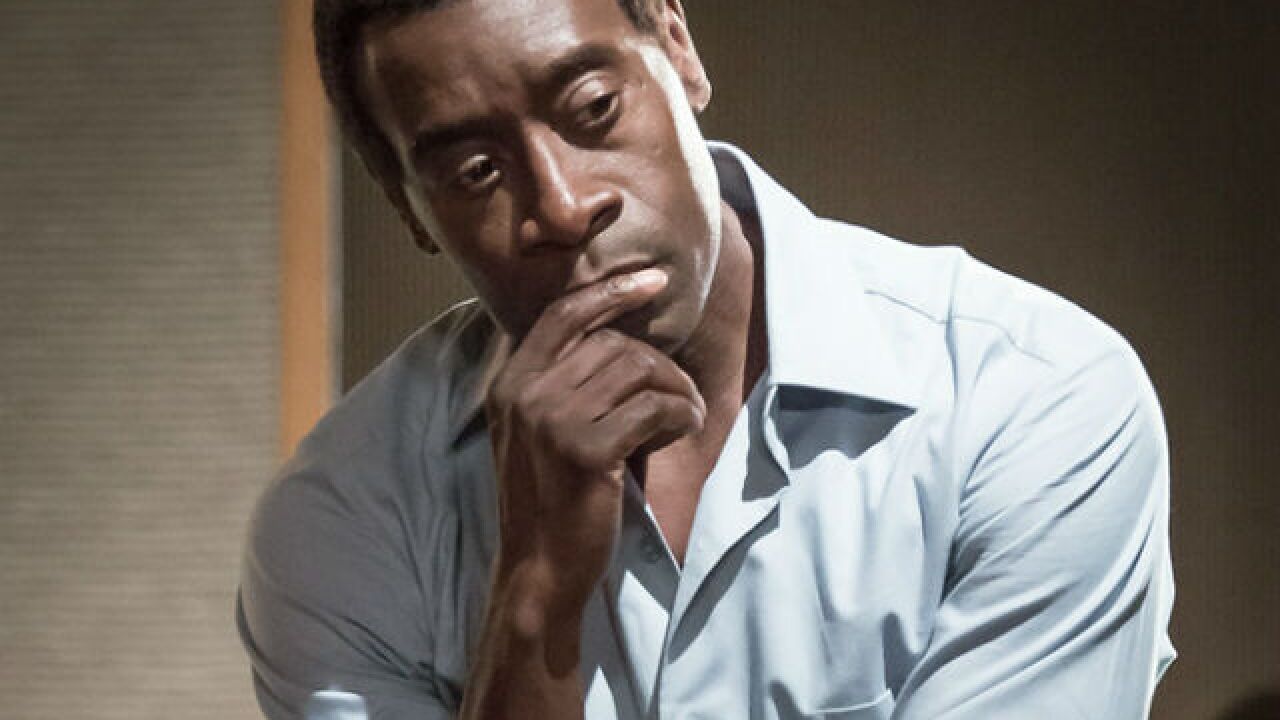 Brian Douglas
<p>A shot of Don Cheadle on the set of "Miles Ahead," shot by photographer Brian Douglas. </p>

He spent 30 years in radio, most of it with Q102 (WKRQ-FM) under multiple owners – a rare accomplishment in a volatile business. There he became one of Cincinnati's most consistently popular on-air personalities.

Today, he has a new full-time gig as a commercial photographer, chiefly shooting stills on movie sets. His very first movie assignment, Don Cheadle's “Miles Ahead,” landed his work on the pages of Entertainment Weekly before the movie finished production.

He got the job after the Greater Cincinnati and Northern Kentucky Film Commission brought him in to shoot pictures the day that Cheadle threw out the first pitch at a Cincinnati Reds game. The producers were so impressed with Douglas and his work they hired him immediately.

That was June 2014. His first day on the “Miles Ahead” set was a few days later. Since then, he has shot photos on the Cincinnati production “A Christmas Melody,” including a widely published image of director-star Mariah Carey.

He has worked on eight more movie projects in Cincinnati, Columbus and Cleveland, and he is about to spend two weeks in Los Angeles meeting with studios about other potential jobs.

“'Miles Ahead' will always be my favorite,” he said, “because it was my first, and because of Don Cheadle.” Douglas said the writer-director-producer-star was unfailingly level-headed on the set and treated everyone with respect.

“Every movie is different,” Douglas said. “Every director is different. I can't complain, though. I have not really had a bad experience yet. But working for Don was the best.”

Although fans were shocked last October when Douglas announced he would leave Q102 to pursue his new career full time, he had been preparing for the moment for almost 10 years. A lifelong fan of photography and movies, he started years earlier shooting concerts and related work. (He still shoots ads for instrument makers.)

He made it a goal to get into movies because “I'm a movie freak,” he said. He learned about the kind of equipment needed – the kind that makes little to no noise – and how to work with the special requirements on movie sets: no interrupting, no asking for autographs, no getting in anybody's way.

Movie companies use stills from the set for posters, publicity, teaser ads and DVD covers, so the job requires understanding the tone and style of the movie and its makers, he said. An action movie, for instance, requires different kinds of images than a horror film.

Douglas also needed to be a union member to work on major productions, a hurdle he was able to leap as soon as “Miles Ahead” offered him a job.

“It's expensive to join; the initiation price is significant. But it has been completely worth it,” he said.

Other highlights of his experiences so far:

-- The Columbus production of “I Am Wrath,” starring John Travolta and directed by Chuck Russell. Travolta would leave the set, even late at night, to sign autographs and take pictures with the fans who staked out the shooting location every day. Douglas said Travolta told him after one such occasion, “I just want to be able to say, 'thank you.'”

-- The La Grange, Kentucky, shoot of “JL Ranch,” directed by Charles Robert Carner and starring Jon Voight and Melanie Griffith. Douglas, a fan of Voight's role in the “Ray Donovan” TV series, was tickled to catch a snippet of video of Voight dancing like his TV character one day when a crew member started playing a fiddle during a break.

-- The Cincinnati production “Goat,” directed by Andrew Neel and starring Nick Jonas. Douglas said Jonas' co-star Ben Schnetzer is destined for greatness. “People are going to be shocked when they see this movie,” Douglas said. “There were days I could not sleep after watching some of those scenes.”

If there is any misconception about what he does, Douglas said, it is that working on movie sets is easy.

“All you do on films is work and sleep. People think you are hanging out. You're not. It's everything you can do to stay between the lines, do your job right and get enough rest so you don't get sick,” he said.

Douglas is grateful for the opportunities that have come his way in such a short time. And he is careful to keep his work in perspective.

“These are motion pictures," he said. "I know we are not making a still picture; I am capturing a moment. But a still picture is the first thing most people will see from a film. So it's important to get it right.”