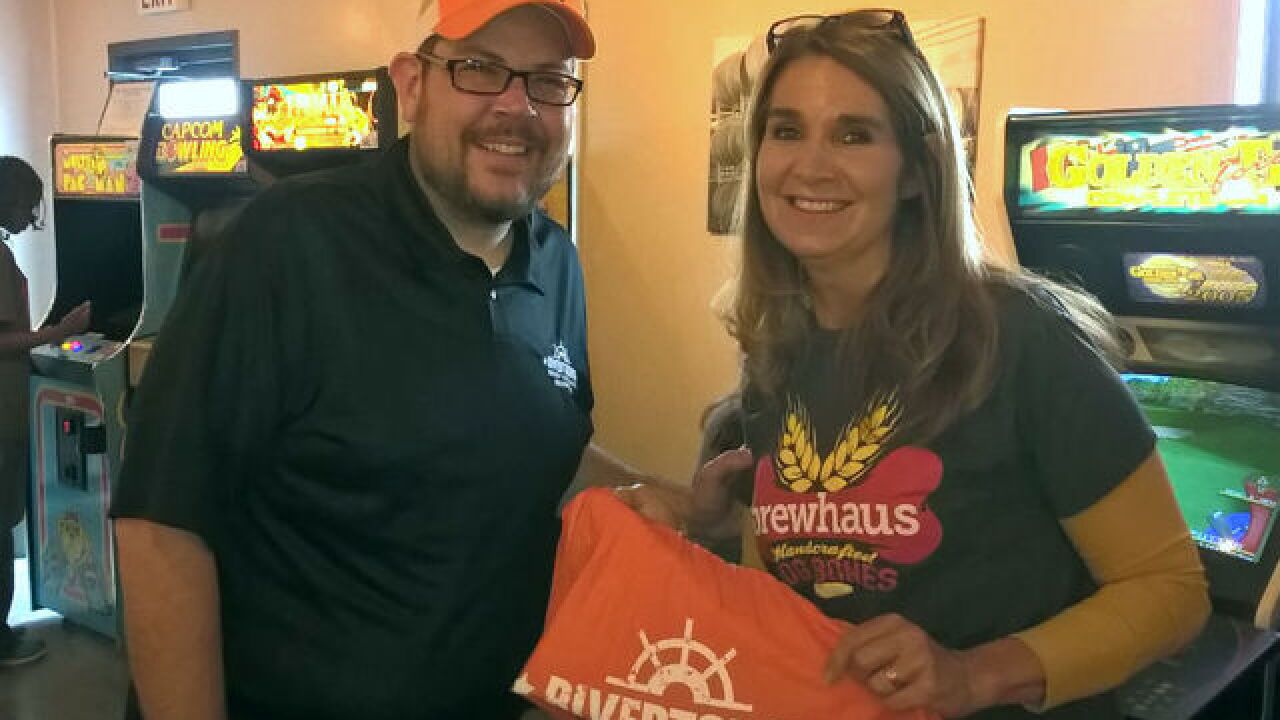 The local brewing industry has gone to the dogs, and it seems to be helping everybody.

“The spent grain is upcycled, and it creates a platform of social interaction for the kids,” Graham said. “It’s a platform they really enjoy, because the kids have more ownership. It’s empowering for our kids who are not typically in a position where they’re in charge."

The program serves as vocational training for the children, who learn skills such as food safety that they can take elsewhere, Graham said.

"We have kids who are perfectionists, and they learn to do things in a timely manner," Graham said. "With a tangible product, learning is easier. Anytime it’s a hands-on learning experience, it sticks in your head better.”

Graham originally got the idea from Coronado Brewing, in San Diego, where they had dog biscuits made from spent grain.

“I thought, ‘This is it. This is what I’ve been waiting for,’” she said. “It took about nine months to put it all together. Listermann was our first brewery. Dan (Listermann) was on board right away.”

Listermann has a dog-friendly taproom, and some of its regulars are canine.

"Anytime we can help out anybody in the community within reason we jump at the chance. This was an absolute no-brainer," said Jason Brewer, spokesman for Listermann/Triple Digit Brewing. "We have little sample packs we give to customers and we sell a good amount of them. We've had a chance to meet some of the kids, we hosted a Christmas party for them, and they're all great kids. It's fun and goes toward a great cause."

Each program has students run their business from all sides. They bake the dog biscuits, which are made with spent grain, natural peanut butter, brown rice flour and eggs. The biscuits are slow baked, so they break easily like graham crackers. Students then bag the treats, signing their names on the individual bags to personalize the product. The students also attend events to help sell the dog bones and handle sales.

Graham, a social worker at Mercy Anderson, got the idea from her experiences with her 21-year-old daughter Natalie, who has special needs.

“She loves to bake,” Graham said. “My daughter loves the feeling of making something people want to buy. I’ve really seen my daughter blossom. Natalie gets so excited when we’re out and she sees her name on the bags.”

Natalie is not alone. Graham has created partnerships with Transitions programs at a dozen locations, including the University of Cincinnati. The Transitions programs target young adults, aged 18-22, who can forgo getting their diplomas in exchange for additional life and employment skills training.

The Grahams live in New Richmond and use the commercial-grade kitchen in the New Richmond School District as their base of operations. In just under two years, though, Brewhaus has grown considerably.

In March, Braxton Brewing awarded Brewhaus the brewery's first Trophy grant. The $2,500 grant has gone toward renting a pod at the incubator kitchen at Findlay Market, where Brewhaus is now distributing every other weekend.

“The idea behind the Trophy grant was we wanted to find an organization that hit the pillars that we try to build our community program based on – who is a local business that wants to make the community a better place?” said Braxton CEO Jake Rouse.

Those pillars are entrepreneurship, community involvement and education; Brewhaus hit all three.

“We were really blown away to hear that Lisa was trying to get into Findlay and couldn’t find that last bit of funding. I’m excited for her,” Rouse said. “It was one of the coolest days I’ve ever had in this company. I’d say most breweries in the city are trying to make the community a better place. This was really well received and special for us, too.”

The benefits are felt in local taprooms, too.

“When I started, I didn’t know what Brewhaus was. I asked, ‘Why do we have dog bones?’” said Gabe Cronon, Rivertown Brewery’s director of exceptional exBEERience. “Now, we sell out of them. It’s a beautiful business model – the main ingredient is free. We’ve made it part of our tour -- we talk about it with where our spent grain goes.”

“The students are so much more confident,” Green said. “They feel proud of themselves and their products and what they can do on their own. And my dogs never liked a hard treat until these. They love them.”

Graham said the support from the brewing community has been superlative and not altogether surprising.

“It’s a really amazing community,” she said. I’ve met so many amazing and creative people who are trying to chart a new course for our city. I think Cincinnati is such a supportive atmosphere, but the breweries are on a different plane.”