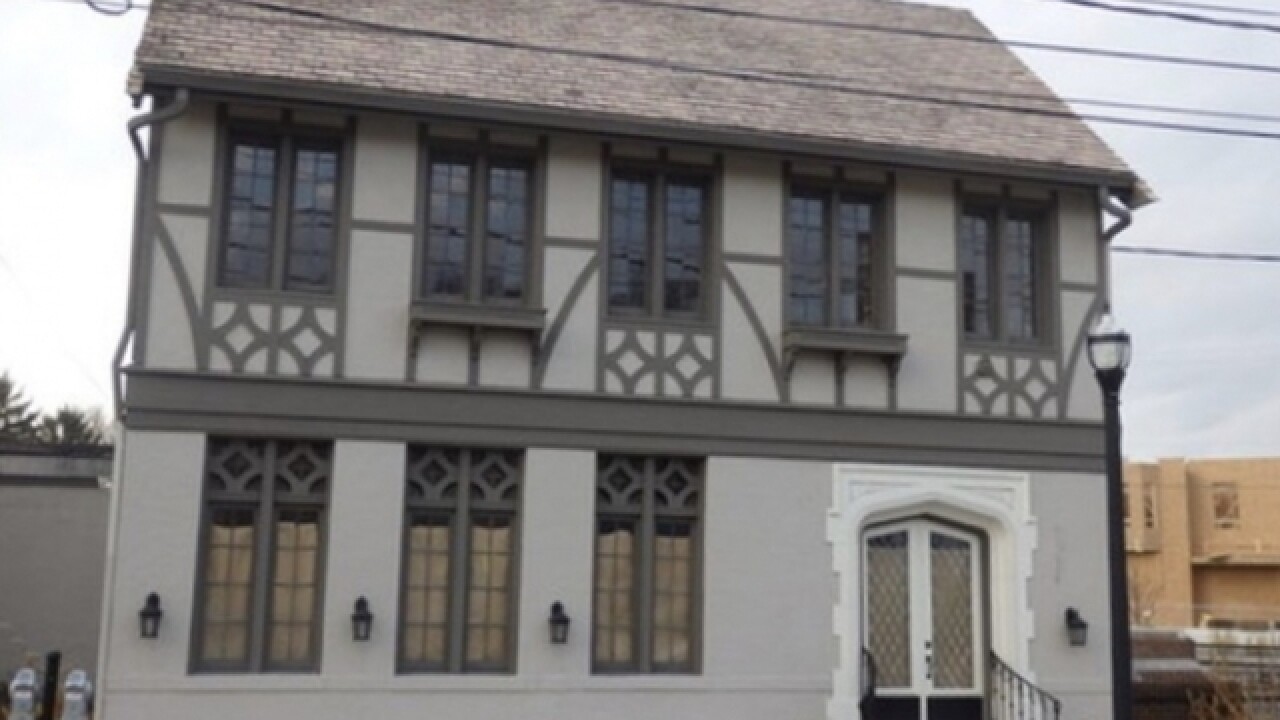 Copyright 2017 Scripps Media, Inc. All rights reserved. This material may not be published, broadcast, rewritten, or redistributed.
<p>Co-owner Tom Lorenz said he’s not sure whether Tap & Screw will sue to get plans back on track to open in Oakley. (Photo provided)</p>

Correction: A prior version of this story misstated the month Tap & Screw signed its lease. WCPO regrets this error.

CINCINNATI -- The owners of a Cincinnati brewery hoping to expand to Oakley have been evicted from the property they had picked for the project but said they are considering legal recourse after more than a year of delays.

Tap & Screw has been working since 2016 to open a brewpub at 3026 Madison Road, a former funeral home site at the corner of Markbreit Avenue, but had its lease terminated in recent weeks.

Co-owner Tom Lorenz said the brewery is considering a lawsuit to get back in -- or at least recoup months' worth of paid rent.

At this point, the owners' plans in the neighborhood are unclear.

"We're still in discussions with our attorney on how we want to proceed," Lorenz said. "Is it totally dead in the water? I don't know. It might be."

Tap & Screw  signed a nearly five-year lease for the space last February, and according to online postings by Adam Lorenz -- Tom's son, co-owner and head brewer -- the owners have paid more than $65,000 in rent without occupancy. His last post is from June.

"The landlord was supposed to install an HVAC (system) and make roof repairs," Tom Lorenz said.

That didn’t happen, he contends. There were also several snags over parking and the site plan. The brewery had initially filed for a variance to reduce the number of required spaces -- from 25 to 21 -- but withdrew its motion in January after several neighbors voiced opposition amid traffic concerns.

At the end of August, Tap & Screw received its eviction notice. A "coming soon" banner announcing the brewery has since been replaced with real estate signs.

The building is owned by Oakley Square Investment LLC. Masoud Jalilvand, who is named as the landlord in emails posted by Adam Lorenz, did not return requests for comment. But in September, Jalilvand told the city's zoning administrator that Tap & Screw had not paid rent and that he was “tired of (the) tenant not performing," per a memo issued by City Manager Harry Black and obtained by WCPO.

Lorenz said he and his son are also considering legal action against the city, from which he said there has been a "complete lack of urgency."

"I think we have a good case," he added.

A partner in the venture, BrewRiver GastroPub, has also suffered a significant loss, he said, after purchasing equipment for the space. BrewRiver had planned to move catering operations to Oakley and serve food there. Its location on Riverside Drive has taken a hit following a landslide in the Mount Adams area earlier this year.

Its losses are harder to quantify, said BrewRiver co-owner Joby Bowman: The restaurant gave up another catering kitchen to pursue this venture, as well as a major client.

“We’re still open but hanging on by a thread,” said Bowman. “It’s a lot of impact and loss and has affected us in many layers. We were on an upward trajectory — 2016 was our best year ever — and this all started, and we just plunged.”

"Small business has suffered mightily in this ordeal," Lorenz said. "It's been pretty devastating to two businesses."

Tap & Screw has been in operation since 2014. The brewery started out on the West Side, on Crookshank Road in Westwood, but closed that location in February as it forged ahead with its Oakley plans. Tap & Screw opened a production facility and taproom on Red Bank Road in neighboring Madisonville in July.

"We've got the space to expand distribution there, but we've been so buried in this other stuff, we've not been able to focus on that as much as we'd like," Lorenz said. "The taproom is going to do well. We're close to breaking even, but not quite. Madisonville is turning around bigly."

While Tap & Screw studies its legal options, some neighbors are already expressing their disappointment in the news. David Freeze, who owns property on 34th Avenue, said he and his wife moved to Oakley because it’s a walkable community with a thriving business district.

Tap & Screw would have only added to that, he said.

"Two small, local business owners -- and employers -- have been harmed, and a large building in a prime spot on the square remains vacant and unproductive," Freeze said. "Oakley belongs to all our residents, business owners and visitors, not just to a handful who want to avoid competition."

"People are seriously angry -- not at us -- but mad about why we're not open," Lorenz said. "I would say 99 percent of the residents have been so enthusiastic about this."