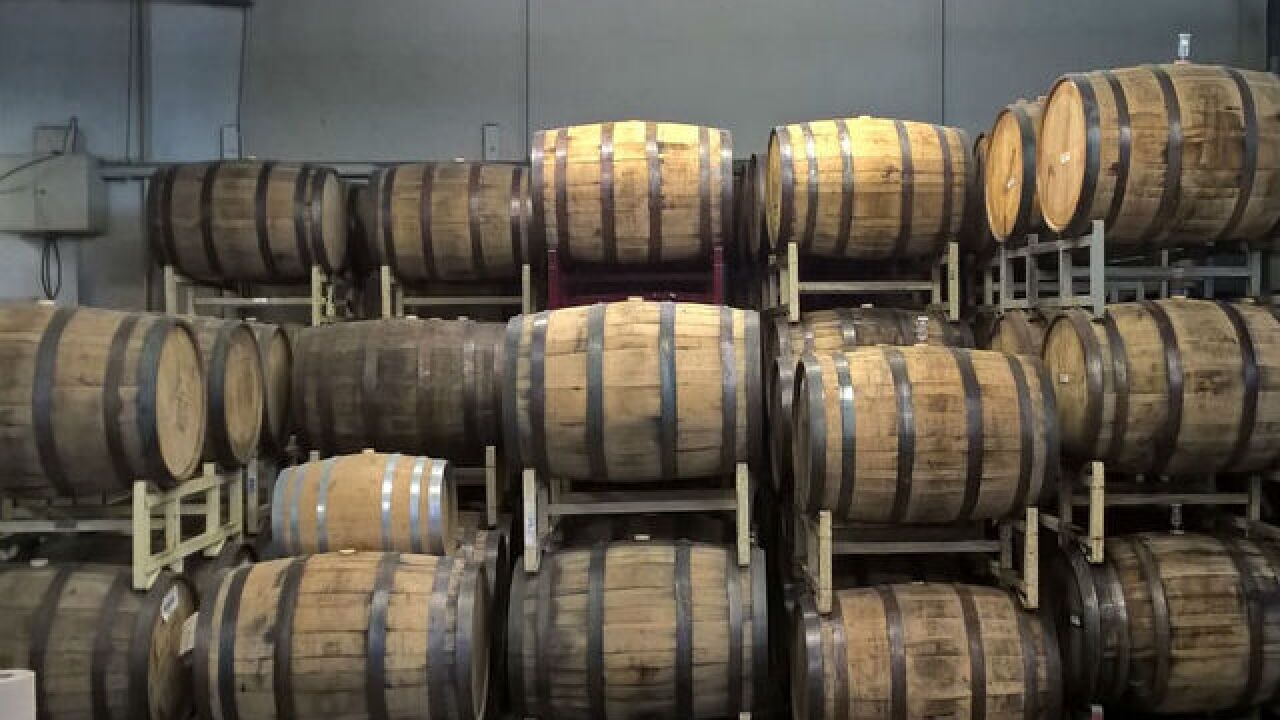 Listermann/Triple Digit Brewing began brewing a higher-alcohol beer immediately after House Bill 37, which lifted the 12 percent restriction, passed in May. Huge Beer 37, a Scottish Ale, is expected to come in around 15 percent alcohol by volume, or ABV. It is not ready yet, and Listermann has no timeline on the brew, either.

Bob Bollas, founder and head brewer at Fibonacci Brewing, said he will start brewing a big beer sometime in October but he also doesn't know when it will be released.

“It's hard to say when it will be released since that is dependent on when we feel the beer has matured enough to release it,” Bollas said. “Beers this high in alcohol tend to be a lot more finicky and require longer aging ...”

Other breweries have strong beers in the works.

Rivertown Brewery is releasing Nian’s Legend, a collaboration with Quaff Bros. that is a 14.7 percent ABV imperial stout aged in bourbon, beer and brandy barrels. It is named after a creature from Chinese folklore that has the head of a lion and the body of a bull.

The name is apt for “this beast of a beer,” according to a Quaff Bros. news release. Nian’s Legend will be tapped at Ei8ht Ball Brewing for the first time this Friday.

“We are very excited to tap Nian's Legend, our Quaff Bros. collaboration, and are really psyched to support the Ohio ABV change,“ said Lindsey Roeper from Rivertown.

Marketing director Tommy Hemmer said Fifty West will release a barrel-aged version of its gold-medal winning 10 & 2 barleywine in October. Head brewer Chris Mitchell of the Woodburn Brewery said his brewery will make some high-gravity beers, though he declined to give specific plans. Dogberry CEO Tony Meyer said the brewery has a barleywine it will release this winter that will be above 12 percent, and it might add a big stout, too.

However, big beers will not be found everywhere. MadTree Brewing has no plans to brew one, said spokesman Mike Stuart. And Urban Artifact is taking it a step further.

“We will not be actively pursuing anything with a high ABV purely for the sake of it,” said Bret Kollmann Baker, chief of brewing operations at Urban Artifact. “We tend to focus more on drinkability and balance. Furthermore, there are plenty of other local breweries that a high ABV beer would better fit their portfolio.”