Boys and Girls Club in Middletown uses basketball to keep kids out of trouble, form bond with police 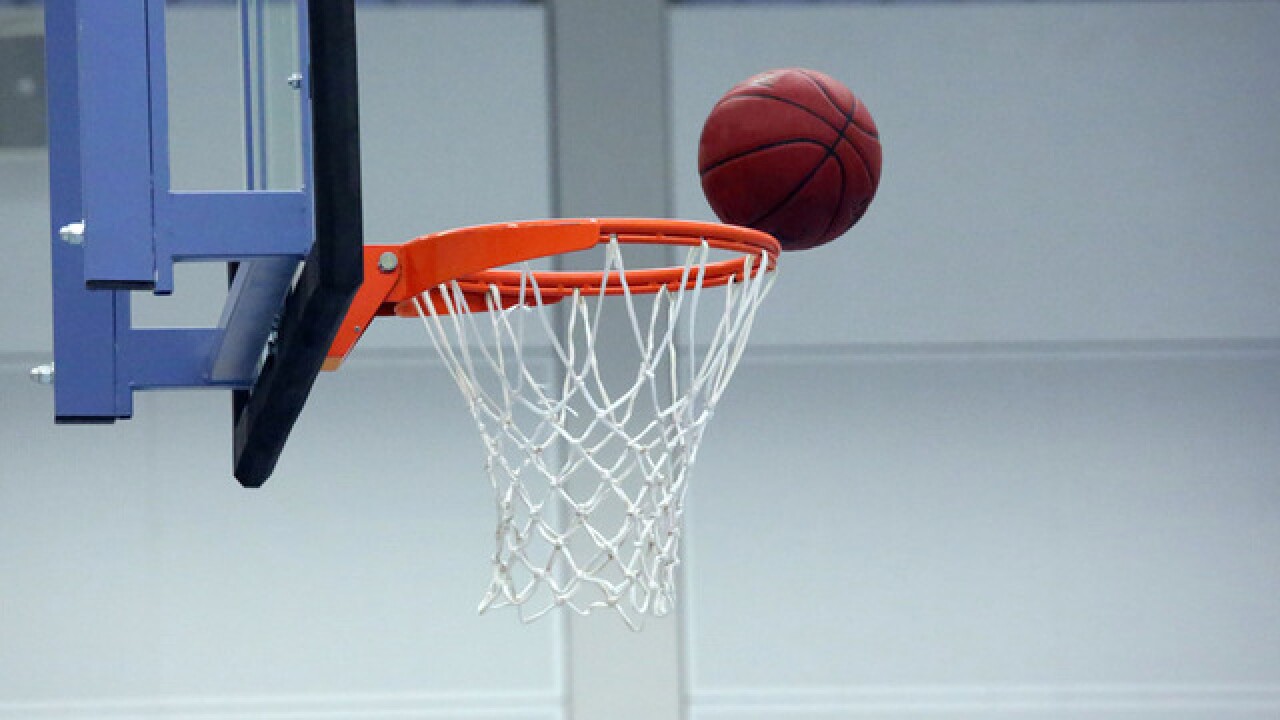 MIDDLETOWN, Ohio — Summertime brings with it warm weather, reruns on TV and trips to the pool.

But for a lot of school-aged kids, it also brings copious amounts of free time. That free time is not always spent constructively or wisely, so the Boys and Girls Club of Dayton-Middletown is providing a venue to keep kids active – and safe – on Friday nights this summer.

The club is hosting an open gym at the Middletown YMCA for kids in sixth through 12th grades for a “Midnight Basketball” program. The goal is more than to just provide kids with something to do – it also aims to promote good relationships with the local police and to hopefully keep kids who otherwise might be exposed to trouble out of it.

“We have a very good relationship with the Middletown Police Department," said Destini Burns, a member of Boys and Girls Club of Dayton-Middletown's steering committee. "Middletown has a Heroin Task Force that has goals aimed at prevention. One of those goals is out-of-school programming for youth. We thought this would fall under that category as one of the many things going on for youth in our community.”

Although Burns admits that safe environments are needed all nights, Fridays were the focus. The cooperation with the police – who will have officers present to play ball along with the youth – was made possible by having no less than three officers from the MPD on the steering committee to bring a Boys and Girls Club to Middletown.

“Based off of community conversations, this was the age group that consistently was under-represented in activities, hang-out spots, and positive activity, outside of school extra-curriculars,” Burns said.

“We are really excited about being a part of such a great environment with our youth community. These type of things go a long way in developing valued relationships for years,” he said. “Our officer really enjoy being involved in this and we are happy to do whatever it takes to build strong friendships with our young people in Middletown.”

The night is run as pick-up/open gym style games, and is open to both girls and boys. What makes the night different than just throwing the doors open for the gym is that there will be interaction with police throughout the evening.

“The cool thing about this night is that we will have police officers that will be playing the games with our students,” Burns said. “We wanted to use this time to reinforce those positive relationships between our youth, police department and community.”

The night starts with 30 minutes that include a workshop and food. Local businesses and nonprofits lead talks with kids. Once kids are there, they must stay until midnight, when the program ends.

“During the night, there are opportunities, of course for basketball, but will also be formed organically by the youth themselves. We have already received request for three-point contests, a pool party, and learning how to double Dutch,” Burns said. “Our goal is to eventually form a league with neighboring communities, because we realize Middletown is not the only community that has teenagers who could be bored on Friday nights.”

She reported that close to 30 youth signed up for the first night, which was held last Friday. Walk-ins for future dates are welcome up until 9:15 pm, when the doors are shut. Those who can sign up in advance should do so by emailing: Midnightbasketballbgcdm@gmail.com. Participants are asked to provide their name, age, emergency contact info (name, phone), and whether or not they have any food allergies.