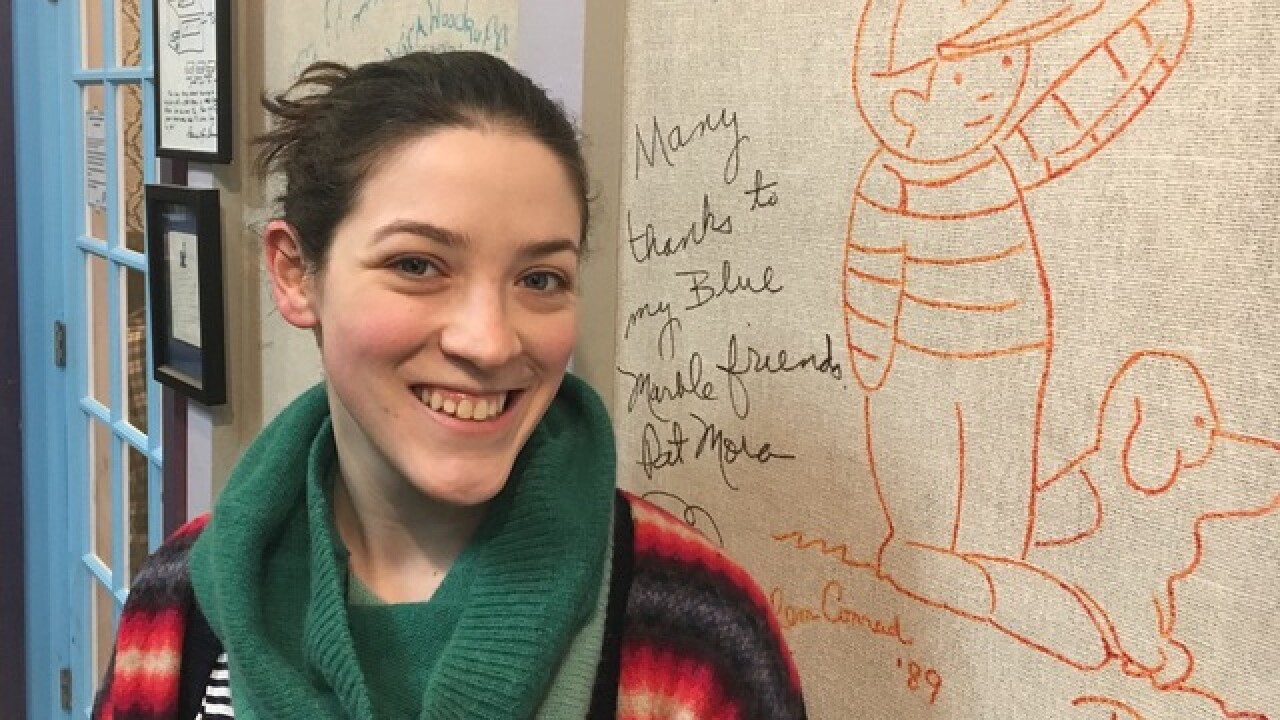 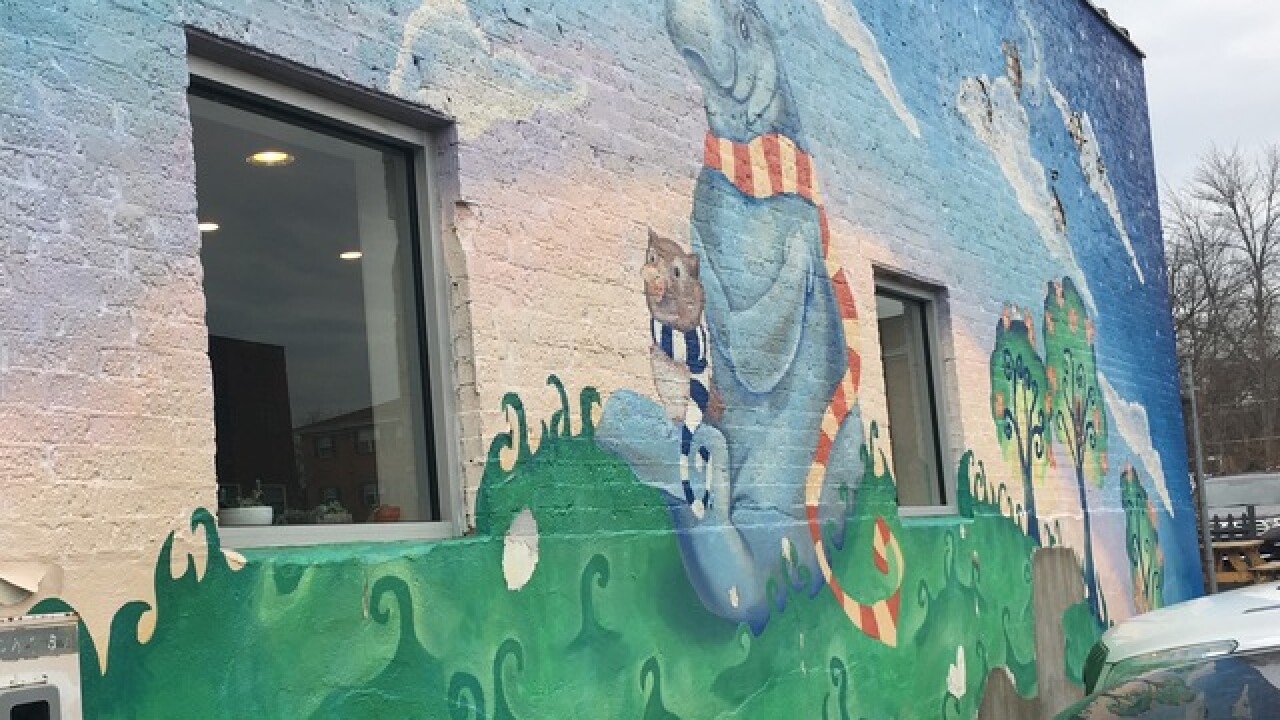 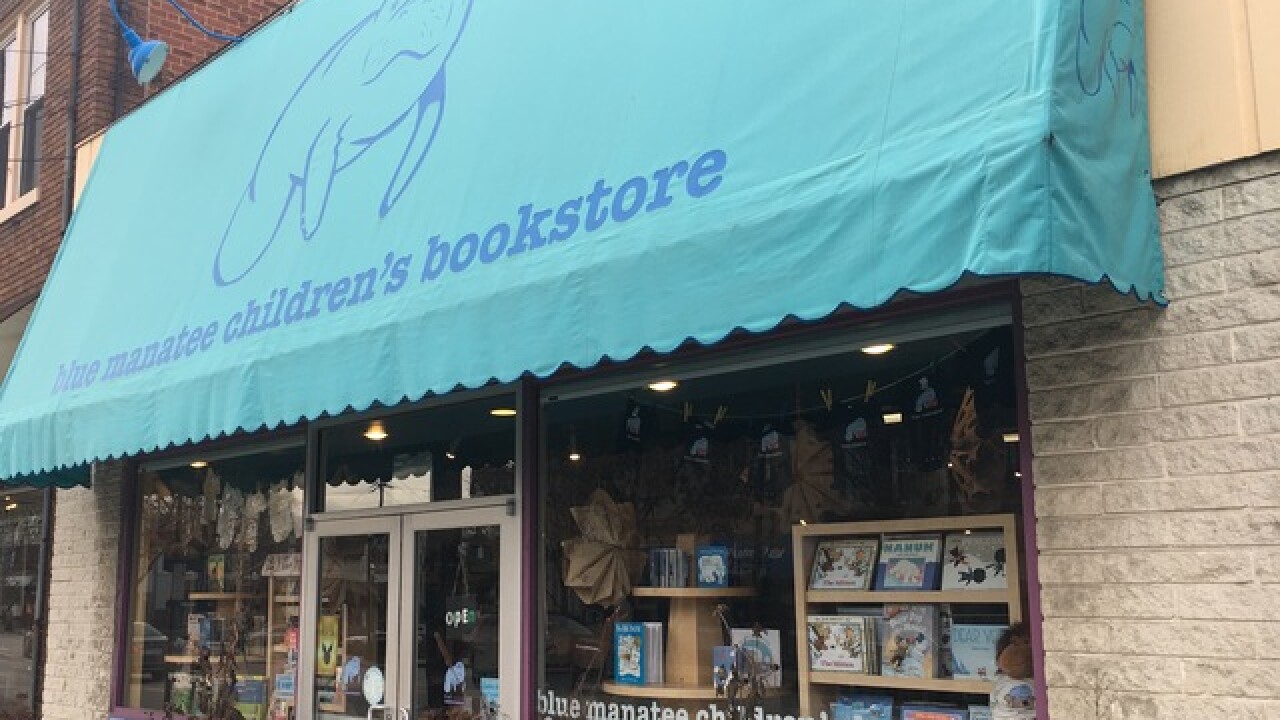 CINCINNATI - Don’t be alarmed this spring if you see blue manatees swimming up Madison Road in Oakley. It’s just the latest evolution in the growing business empire of Sandra Gross and Dr. John Hutton.

The husband-and-wife entrepreneurial team that owns Brazee Street Studios, Sleepy Bee Café and Blue Manatee Children’s Bookstore is building a new headquarters at 3094 Madison. So, the iconic bookstore will relocate to a smaller space about a half block north of its current location.

“We’re focusing on our core customer base, which is younger kids,” said Hutton, a pediatrician who bought the former Blue Marble bookstore in 2001.

It was already an Oakley Square landmark, but Hutton and his wife re-shaped its offerings with a merchandising strategy informed by his medical knowledge of brain development and learning and her masters degrees in Montessori education and fine arts.

“We’ve had a large inventory going up thru young adults but really the sections of the store that are our sweet spot are babies and pre-school,” he said. “It’s what I call the ‘read to me’ crowd and then also the kids that are learning to read.”

Store Manager Sarah Jones – who doubles as a children’s book author for Blue Manatee Press – said the move is “bittersweet” for customers and employees.

“I’ll be exciting” to have a new store, Jones said. “But it’s sad to leave a space we’ve been in for some time.”

The walls of the 81-year-old building are covered with artwork and autographs from children’s book authors and illustrators who’ve visited the store since the 1980s. Hutton said the autograph walls will be preserved as part of a new décor that will better accommodate story-time crowds and community events.

“We’re working with a team of local artists from Brazee Street Studios,” he said. “We call them the Manateers, like Disney has the Imagineers. They’re designing the space to be beautiful, hands on, with custom art work.”

The Brazee studio is one of a dozen properties owned by BAM Realty Group LLC, incorporated by Gross in 2006. The company has acquired more than $5 million in real estate since 2012, including $1.1 million purchase a 8 East Fourth Street downtown. The building is being renovated as the region’s third Sleepy Bee, a breakfast and lunch restaurant known for its menu items with ingredients from local farms.