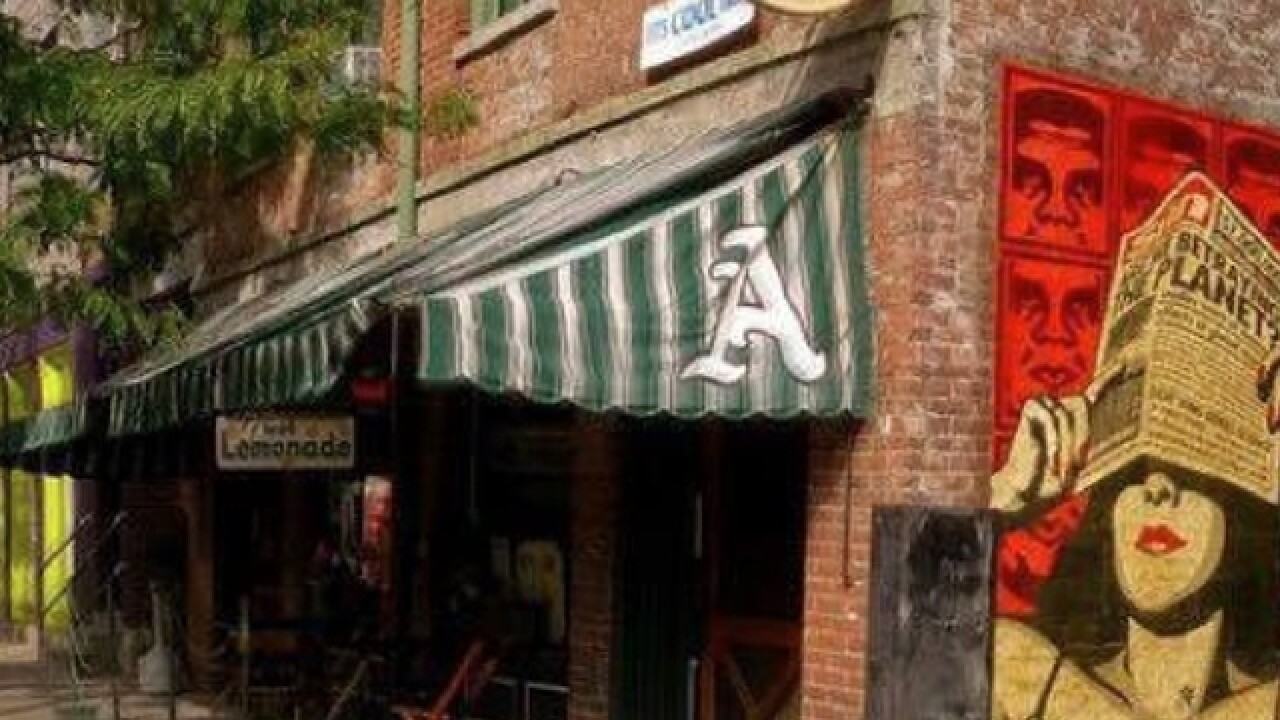 CINCINNATI – Television crews from the Travel Channel are descending upon some of the Queen City's most iconic eateries starting Thursday.

The Travel Channel is also expected to visit another Cincinnati restaurant before wrapping up filming on Saturday. Footage shot on location will be used in an episode of "Man V. Food" that is expected to air sometime this summer, according to Travel Channel's media relations.

The Travel Channel re-introduced audience to "Man V. Food" with Webb as the show's new host last year. Unlike the original format of the show, the rebooted series showcases multiple eateries in a single city. Producers then selects one restaurant where Webb attempts to win a food eating challenge.

The Travel Channel confirmed that Arnold's would appear in an episode of "Man V. Food" before television crews planned to visit the bar on Thursday.

On Thursday after the day-long taping at Arnold's, Breeden said this was the first time a cable network filmed at the iconic bar.

"No network has ever filmed here," he said.

Arnold's has continually operated as a bar since 1861, when Simon Arnold bought and renamed the property that had formerly housed a brothel, according to Michael Morgan, president of Queen City History & Education, Ltd.

Blue Ash Chili shared on Thursday that TV crews would visit its parlor at 9565 Kenwood Road in Blue Ash on Friday.

"We are obviously thrilled to host Travel Channel, once again, at our Blue Ash location,” said Blue Ash Chili co-owner Charlene Insco in a press release. "The Travel Channel wants a packed restaurant, so we hope people will want to stop by for an early lunch at 11 a.m. to watch the taping. We want the public’s help to fill it up and have fun."

Blue Ash Chili is home to the "No Freakin' Way Challenge," which is a plate of chili spaghetti made with two-and-a-half-pounds of chili and Cincinnati-style chili, two pounds of shredded cheddar cheese and one pound jalepeno caps. The dish weighs eight pounds total.

The chili parlor has also appeared in an episode of "Diners, Drive-Ins and Dives" with Guy Fieri.

The Travel Channel stated it would announce the broadcast date for the local "Man V. Food" show in the near future.