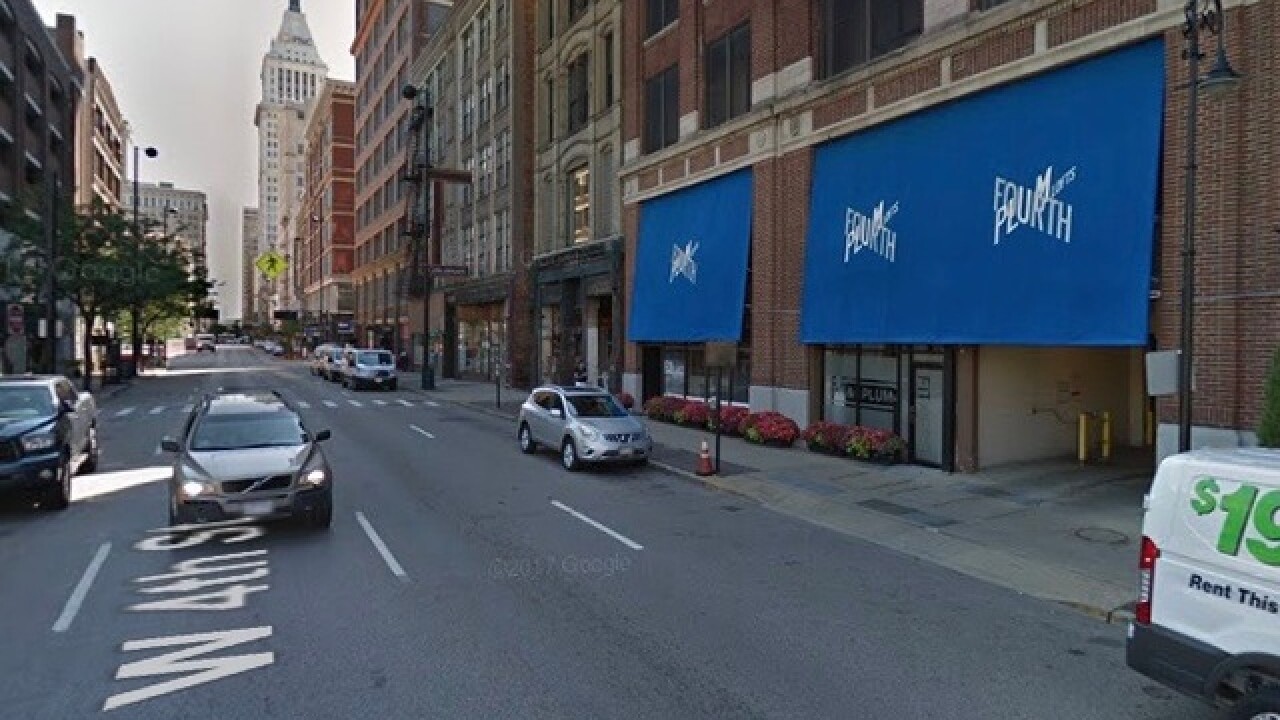 Copyright 2018 Scripps Media, Inc. All rights reserved. This material may not be published, broadcast, rewritten, or redistributed.
<p>Fourth & Plum Apartments is one of five buildings purchased by The Loring Group in recent months. Courtesy of Google Earth. </p>

CINCINNATI -- Downtown Cincinnati’s West Fourth Street is about to get a makeover. The Loring Group, a Blue Ash-based apartment company with more than 500 units in suburban locations, has acquired four buildings with nearly 300 units that will be renovated to compete against the rising number of high-priced apartments in Cincinnati’s urban core.

“We really like that West Fourth corridor,” said Scott Davis, a Loring Group partner. “We would classify this as a quiet residential district. It’s definitely not OTR.”

Davis said The Loring Group will relocate its headquarters to 412 Central Ave. as it looks for additional properties in the southwest corner of the Central Business District.

“We think over the next 10 years there will be a bigger push towards Downtown,” Davis said. “We like that there are condos going in on the same block. We like the Class A buildings,” including a 14-story luxury tower that Indianapolis-based developer Flaherty & Collins is planning.

Downtown, Over-the-Rhine and Pendleton have a combined inventory of 7,874 market-rate apartment units with 1,554 under construction, according to Downtown Cincinnati Inc.’s annual “State of Downtown” report, published in April.

DCI surveyed a dozen Downtown property owners who said 92.5 percent of their rental units are occupied at average monthly rents of $1.61 per square foot. That’s about $1,500 per month for an average-sized apartment .

Class A properties are now fetching rents above $2 but The Loring Group wants to make its units available for roughly $1.50 per square foot.

“Not everyone can afford to live at The Banks,” Davis said.

Uptown Rental Properties LLC President Dan Schimberg likes that strategy so much he partnered with The Loring Group on the purchase of Fourth & Plum Apartments.

“We like this asset in particular because we think it’s kind of recession-proof,” Schimberg said. “Seemed like a good long-term hold for us.”

“Our first goal is to make the building a nicer place,” Schimberg said. “We’re putting in one of the Amazon Hub automated package delivery centers, a new weight room. We’re spending a couple million dollars on the common-area spaces.”

Davis declined to reveal the purchase price and the planned total investments on Fourth Street, but the combined appraised value of the four buildings acquired so far is $5.2 million, according to the Hamilton County Auditor.

The Loring Group also purchased the three-story office building at the end of Fourth Street that will serve as its corporate headquarters. The auditor estimates that property is worth $602,500.