The natural: Sharonville's Blake Alma, 16, turns his love of the outdoors into a multimedia force

Teen carries his faith with him through journey 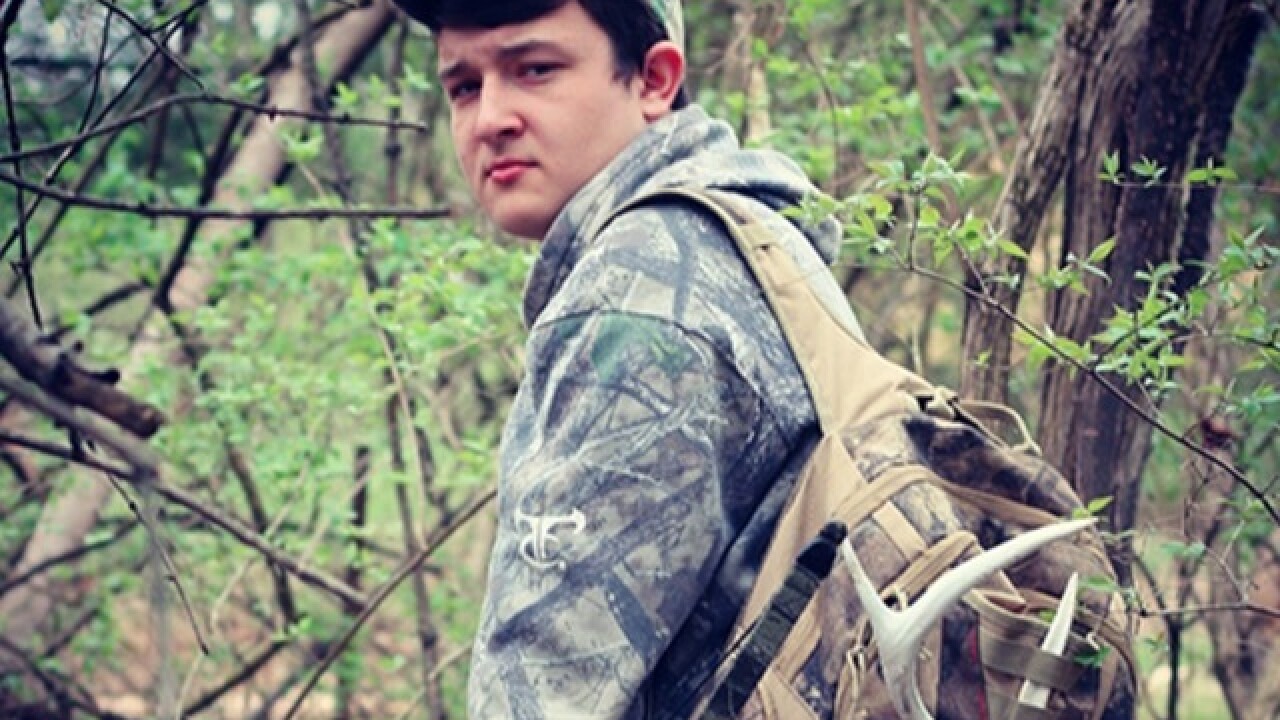 Copyright 2017 Scripps Media, Inc. All rights reserved. This material may not be published, broadcast, rewritten, or redistributed.
<p>Blake Alma, 16, is an outdoorsman who found his calling when he was 12. (Photo provided)</p>

That is, until the counselor at the camp he was attending reached out to him, and extended an invitation to go fishing.

"It wasn’t my first time fishing, but it was my first time really enjoying the outdoors," Blake says. "We pulled out tons of fish. We were fishing all that week and it was truly awesome. Ever since, my love for the outdoors has always been growing."

That was the summer of 2013, and Blake wasn't yet a teenager.

Boy, have things changed in the last four years.

Blake, now 16, lives in Sharonville and has become an avid outdoorsman, publishing books, hosting a radio and television show and running a website. He likes to spread the word to young people to enjoy the outdoors.

"We are in a new world of technology and video games," he says. "I have found, because of my own life, that the outdoors literally changes one’s lifestyle. It not only brought me happiness and joy, it also provided me other things, like physical exercise, a more positive lifestyle, it draws me closer to more important things in life, and it even provided me a small income."

You can find him at BlakeAlma.com. You can read his book, "The Outdoorsmen Bible," which he published at 14. You can hear his internet radio show, "The Outdoorsman's Art Radio Show," on WRVO Radio Network 1.

And you can watch his television show, "The Outdoor Experience with Blake Alma," which began airing on May 22 on Hunt Channel, which is on Dish Channel 266 and on Roku.

"As a 16-year-old, I have tons of time to waste, but I decided that I would not waste my teenage years playing videos games or scrolling through my social media all day," he says. "I knew that if I started young, it would benefit me for the future. I only wish that every child had the same passion and zeal toward the outdoors as I do."

Bryan May knows Blake well. He was the counselor who offered to take Blake fishing all those years ago.

"Only a few of the kids wanted to mess with clambering around in the creeks, catching bait and fishing," he said. "Blake was the most enthusiastic participant by far and seemed to really enjoy flipping over rocks to catch crawfish, catching worms and also the various techniques for actually catching fish."

All of it was new for Blake.

"I'm glad to have been a small part of his apparent new-found thirst for the outdoors," May says. "I've been impressed with his tenacious pursuit of learning about the outdoors and sharing that experience with so many others."

Perhaps Blake's biggest reason for loving the outdoors? It gives him a chance to honor God.

"Even though the outdoors is a place of enjoyment and pleasure, it is also a place that shows the glory and wonder of a creator," he says. "There is no place I'd rather be than in a place that shows me the attributes of my creator."

Eli Gourdin, an outdoorsman who has turned to the woods after many trials in his life, now serves as co-host of the "The Outdoorsman's Art Radio Show" and works as a pro staff member with BowTech Archery.

"I believe what he's doing will benefit others in many ways," Gourdin said.

After achieving so much at only 16, Blake says he only hopes to do more.

"I hope I will still be hosting my radio show, running my websites, writing books and writing articles," he said. "Five years ago, I had no idea that I would be a radio host or even a writer at my young age. So, who knows what will happen, but, Lord willing, I will still be pursuing the outdoors."

"His passion and drive are remarkable and he is making an impact in the world," May says. "He is introducing young people to the outdoors and that gets kids off the couch and into the woods. That increases their appreciation for nature and for the God who created all these things."