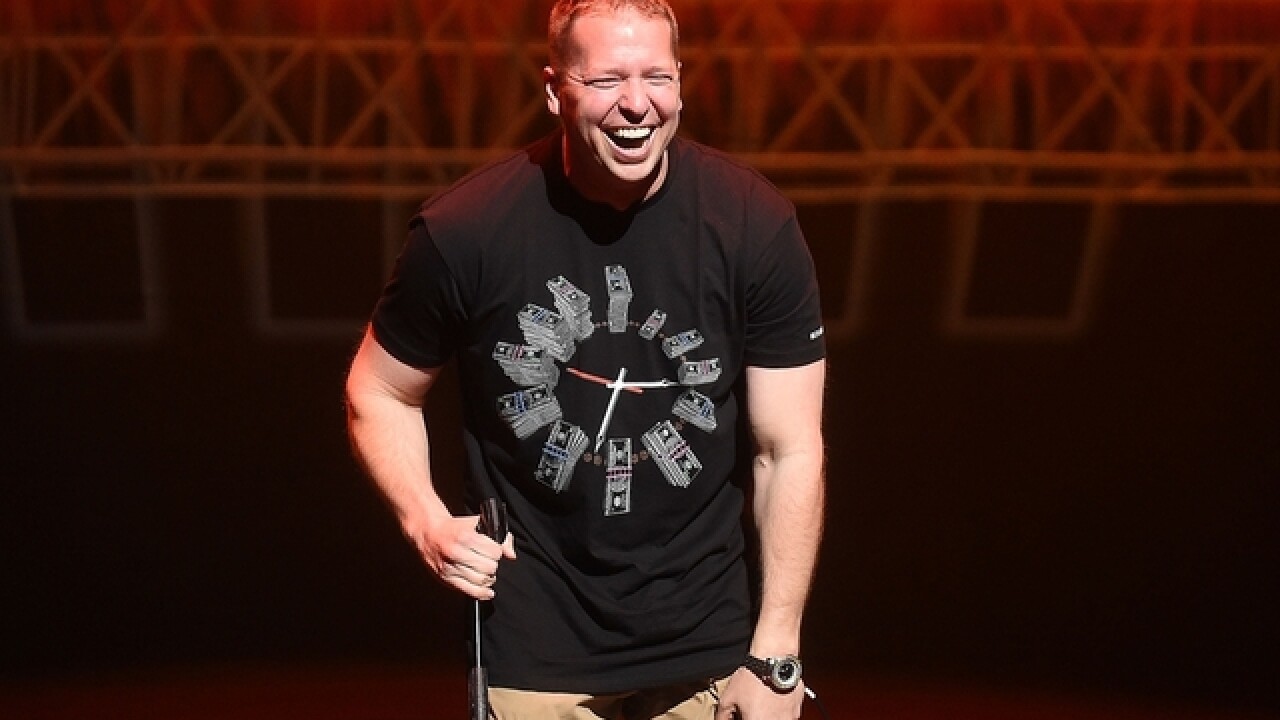 BET ordered 10 half-hour episodes of the non-scripted reality television show, which follows the lives of local comedian Gary Owen and his family. Owen filmed a pilot of the series in December in Cincinnati after pitching the idea to BET, OWN, Oxygen and We TV.

“BET seemed most passionate about it,” said the comedian, whose stand-up career began more than 15 years ago in San Diego.

The series, including the pilot, should air on the network this winter, Owen said. He and his wife, Kenya, waited to film the remaining episodes until their children were on summer break.

“We’ll be in Cincinnati filming 90 percent of the show,” he said.

The show will not be the first time Owen has appeared on BET, though. The Cincinnati native got his first big break in 1997 when the network made him the first white host of “Comic View,” a stand-up comedy showcase. Owen has since appeared in shows such as “House of Payne” and “Real Husbands of Hollywood" and movies such as “Ride Along,” “Think Like a Man,” “Think Like a Man Too” and “Meet the Blacks.”

The comedian said he decided to make a reality TV series after a chance meeting with Mariah Carey’s manager Stella Bulochnikov and the rapper T.I.  Bulochnikov had helped T.I. create the VH1 reality series “T.I. & Tiny: The Family Hustle” in 2011.

“They both liked my story,” Owen said. “They thought it just kind of made sense to do my family. There have been family shows that have not been 'ratchet,' so to speak.”

The pilot episode of “Gary Owen Family” focuses on Owen renewing his wedding vows with Kenya inside Pinecroft at Crosley Estate. Owen wanted to give his wife, whom he first met while living in Los Angeles, a dream wedding, something that did not happen the first time around.

A photo posted by Gary Owen (@garyowencomedy) on

“The first time, we got married back in 2003,” Owen said. "It was just a fiasco. My stepdad sucker-punched my real dad. It was a nightmare. But despite the nightmare, we are still together.”

Shortly after their first wedding, the couple moved to Cincinnati to raise their children.

“The city helped make me,” Owen said of the decision to move back to his hometown. "When you are born and raised in Cincinnati, you either love it or hate it. I love it for the most part. She liked it. We love the schools. We have great friends. I have normal friends. When you live in L.A., everyone has an angle.”

Cincinnati appears to love Owen, too: Last year the comedian sold out nine consecutive shows at the Funny Bone at Newport on the Levee. In return, Owen shared his love for the Queen City on Instagram last December, when he said he planned to make the city proud while filming his pilot.

Cincinnati it's time!!!! 1st show is tonight at the Funnybone. Stopped by the Pinecroft Mansion to scout locations for something big I'm gonna announce next week. Doing my part to keep my city on the map & show everyone it's a dope ass city to live & grow up in. #SkylineMakesMeFart #graetersblackrasberrychocolatechip #GetSome

A photo posted by Gary Owen (@garyowencomedy) on

And what can viewers expect to see of that second trip down the aisle with his wife?

“She grounds me,” Owen said. “We really did just focus on our wedding and it came out perfect.”