Stars, cars all in night's work on 'Miles Ahead' 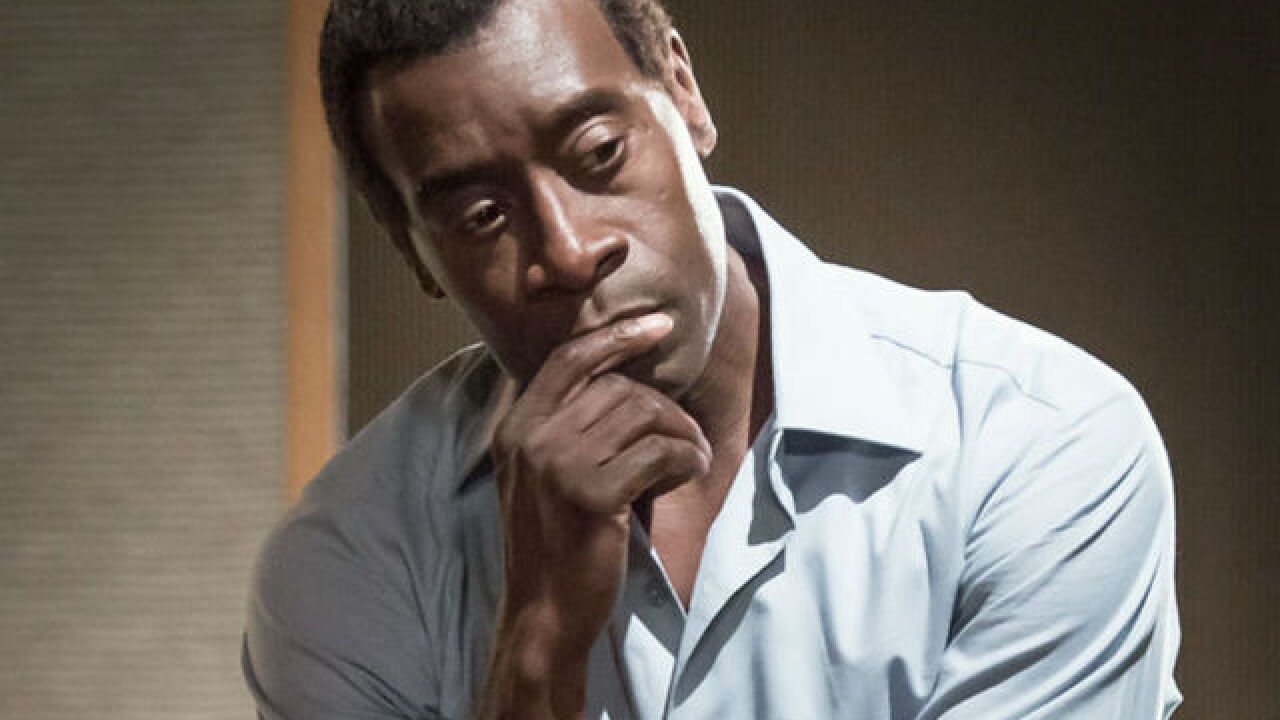 Brian Douglas
<p>Don Cheadle on the set of "Miles Ahead."</p>

Photojournalist and WCPO Contributor Phil Didion spent a day as a production assistant on the set of "Miles Ahead," the Miles Davis biopic shot in Cincinnati in 2014, during filming of a car chase scene. With the film scheduled to open in Cincinnati theaters April 15, WCPO asked Didion to share his experience.

“We've got another bogey,” the radio at my hip crackled as the police car drove past my designated intersection on Main Street.

Seconds passed as I waited for either the “all clear,” meaning pedestrians had gotten out of the way, or if they hadn't, the sounds of angry producers to ring out from my radio.

Not a second later the sounds of tires screeching and gunshots echoed through the alleys of Over-the-Rhine as actors Don Cheadle and Ewan McGregor whooshed past me in an old car mounted with cameras. Another car, with gun-clutching hands extended from its windows, was in hot pursuit.

Soon the sounds died down and the radio came back to life: “Good job, everyone. We're setting up to go again. Standby.”

That's pretty much how I spent 12 hours working as a production assistant on the set of “Miles Ahead,” the Miles Davis biopic that was filmed entirely in Cincinnati in 2014.

When my roommate told me he had found a way for us to work as PAs on the movie, I jumped at the opportunity. I've always been a fan of film and one day would love to work in the industry. This was a chance to take my first steps.

Though I'm not one to get star struck, the prospect of meeting some of the actors was certainly a plus. In the event that I would get to actually talk to McGregor, I was tempted to make a “Star Wars” joke but would quickly switch to discussing “Trainspotting,” one of my favorite movies that he starred in. Cheadle has a long list of big-deal movies he has been in, too, but I knew I'd have to mention his role as Captain Planet from the Funny or Die YouTube videos, where the crazed blue pollution-fighter goes insane and turns humans into trees. However, I knew I was there to work and intended to do the best I could.

We got to the production staging area where we were given instructions for the next 12 hours. Our job as PAs was to watch all of the intersections up and down Walnut and Main streets as a car chase scene was being filmed. We had to make sure the sidewalks and streets were clear of people trying to cross or sit and watch. We referred to these people as “bogeys.”

By the end of the night and well into the morning, many of the “bogeys” in the popular Over-the-Rhine weekend hangout places were slightly to extremely inebriated. Thus my job became something closer to herding cats. But I didn't have an issue with this – I was part of a team making a movie. And I was as happy as could be wearing my official radio, seeing all of the cool camera equipment, using code words with my fellow PAs and controlling the drunken and sometimes angry populace, ensuring that no one was hit by the cars flying down the OTR streets at more than 60 mph.

Luckily, nothing too awful happened. At worst we had some reports of disputes and a fight or two within the crowds. The Cincinnati Police also covered many busy intersections to keep the peace. Some of us even got to hang out with them throughout the night, which made everything much more comfortable.

Around midnight, we took a break. We had food catered to us at the Art Institute, another one of the staging areas, and I met one of the cooks, who turned out to have been on the “Breaking Bad” team and had some cool stories of his own.

At “dinner” the crew got to share their experiences and enjoy the company of some of the stars. Cheadle and McGregor came to eat with all of us, even though they had a table with the higher-ups, and it was cool to all eat together.

And then it happened. Cheadle approached the trash and recycling bins. His role of Captain Planet flashed before my eyes as I watched him pause and decide to toss his empty water bottle in the recycling bin. It took everything in me not to approach him and let him know he was safe from becoming a human tree. As silly as it was, that tiny moment was one of my favorite takeaways from the night.

The night went on, and the morning came. My friends, the crew and I were bleary-eyed and tired, but we couldn't wipe the smiles off of our faces as we drove home to get some well-deserved sleep.