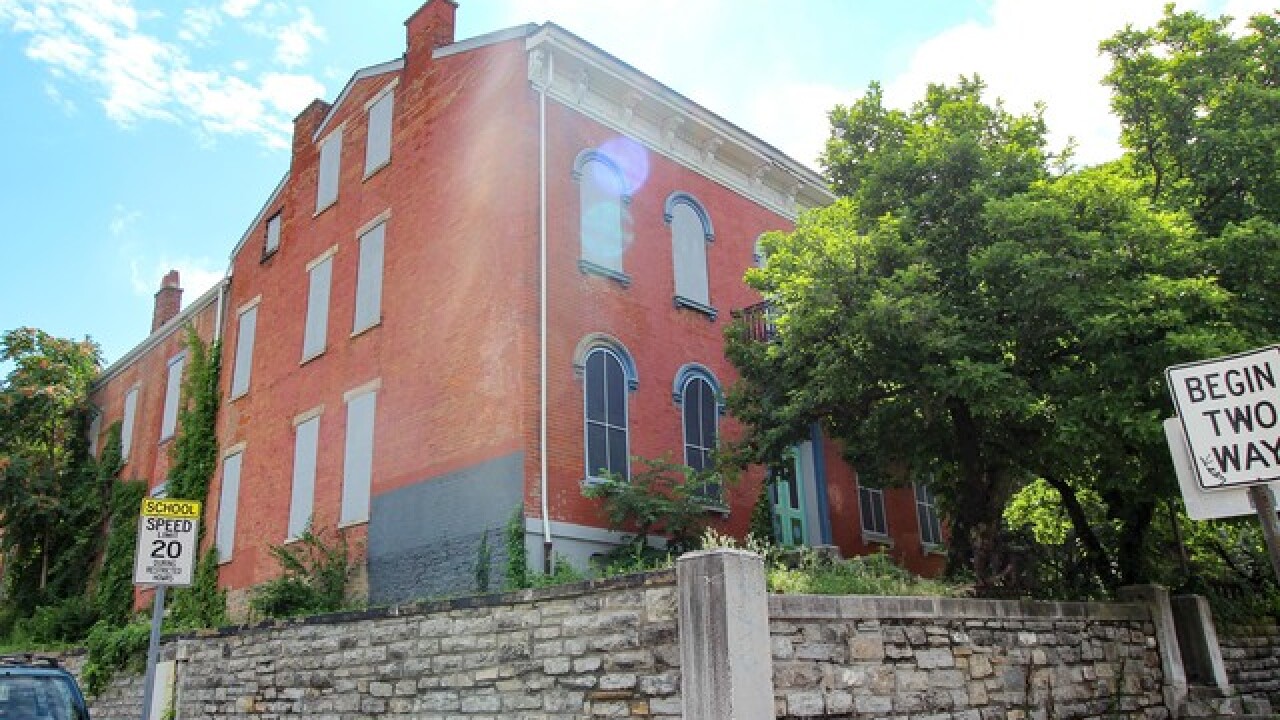 CINCINNATI -- Want to live like a Cincinnati beer baron?

The mansion, located at 18 Mulberry St. in Mount Auburn, is in definite need of TLC. It was long abandoned before it was stabilized in recent years by the Hamilton County Land Reutilization Corp., or landbank.

At 7,123 square feet, it's the largest single-family property the landbank has ever owned. Moerlein -- a Bavarian immigrant and blacksmith -- built the six-bedroom, five-bathroom brick Italianate in 1870. He lived there until 1882, when he moved to a home on Ohio Avenue.

Moerlein's son lived in the home thereafter. In later years, it was converted into a three-family structure. But in 2012, it faced demolition. When the landbank -- formed just the previous year -- started stabilization, the property had been vacant and boarded up for years. The landbank officially acquired the home from its out-of-town owners in 2016.

"Walls were jeopardized; there were holes in the roof," landbank vice president Jessica Powell said. "We did a lot of tuckpointing, replacing downspouts, chimney work -- a lot of things to get it to where it is today."

Today, the windows are boarded up, paint is peeling in bulk from the walls, and the home has no plumbing, HVAC or electric. However, some historic details still shine through, including the tall, arched windows, doors and woodwork.

The landbank spent more than $183,000 in its stabilization efforts. Officials at the Greater Cincinnati Redevelopment Authority, which manages the landbank, have been marketing the home in the time since. Listing it for sale was considered the "next step."

"We hope someone falls in love, buys it and restores it to its former beauty and significance to the Over-the-Rhine neighborhood," GCRA spokesperson Cheryl Besl said.

The $320,900 list price was based on other shell properties in the Over-the-Rhine historic district, said Deborah Robb, listing agent and director of the Redevelopment Authority's Homesteading and Urban Redevelopment Corporation.

Powell said it will "easily" take another $400,000 to return the property to livable condition -- or more.

There has been early interest so far. More than a dozen people walked through the property during an open house Saturday. Interested buyers must complete the landbank's application proving their capacity to undertake redevelopment. She said a few asked for that application to move ahead.

"This could be a great property divided up into condos, or as a business or a single-family structure," Powell said. "We're willing to be creative with the end user. We're not expecting perfection within even six months, but we need a plan to make sure this moves forward. I think there's a range of options, and it's up to what the market will support for something like this."

If redeveloped, Robb said, the home could be an important "gateway." There are other rehabs on the street, and the landbank owns two other side-by-side lots at 146 and 148 Mulberry that are slated for infill housing.