Bids due in early June for Bavarian Brewery redevelopment in Covington 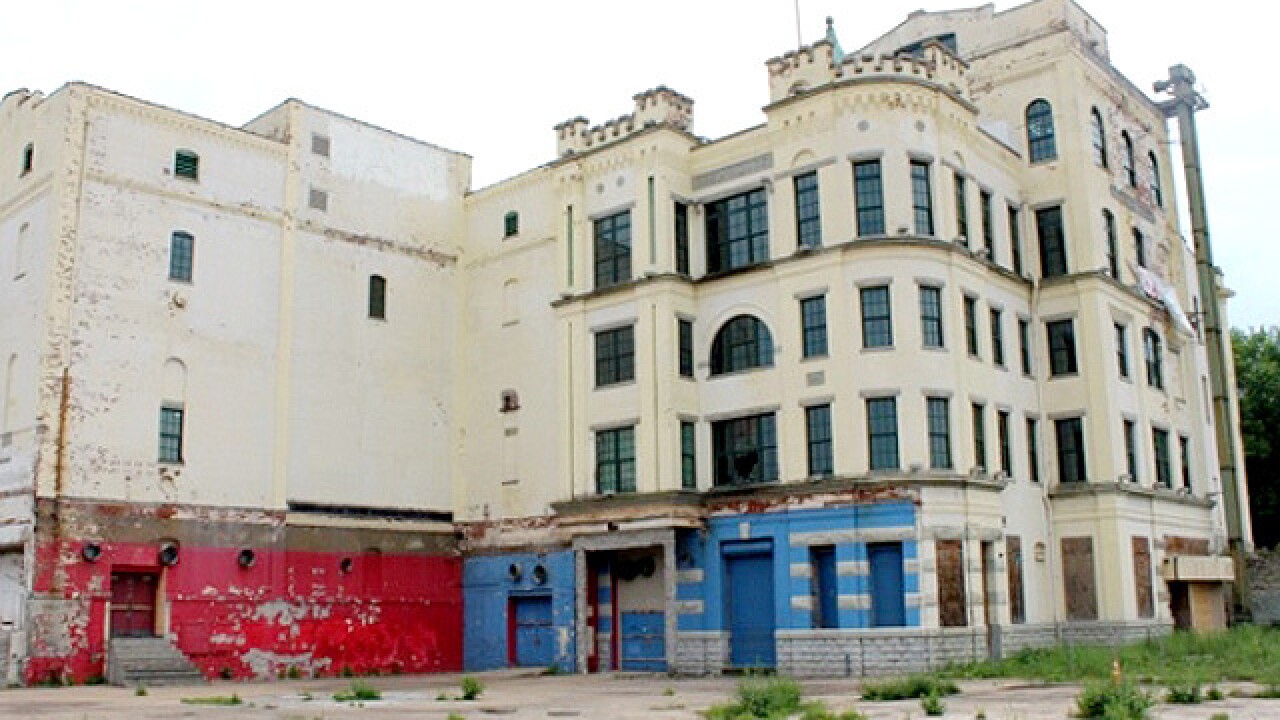 <p>When Kentucky lawmakers did not authorize casino gambling for the state, Columbia Sussex sought to tear down the century-old Bavarian Brewing Co. building in Covington. The city so far has refused the request. (Greg Paeth for WCPO)</p>

COVINGTON, Ky. -- The long-range future for two of Covington’s most prominent buildings may be decided early next month, when contractors submit their proposals for renovating the historic Bavarian Brewery building on 12th Street/Martin Luther King Jr. Boulevard to the Kenton County Fiscal Court.

The county purchased the brewery building, most of which was built between 1903 and 1909, for $4.5 million last July. Plans called for moving all county offices located at 303 Court St. into the brewery building, which has been renovated for commercial uses at least twice since Bavarian closed in 1966.

The previous owner, Crestview Hills-based hotel development company Columbia Sussex, battled in court for two years to win the right to demolish the building and clear the way for another development in a high-visibility site at 12th and I-71/75, in the Westside neighborhood.

The court case vanished, though. Historic preservationists celebrated once the county announced plans to buy the property, which is listed on the National Register of Historic Places.

“It’s not just a Kenton County landmark. It’s really a Northern Kentucky landmark. It’s so unique. There’s some history there,” said Kris Knochelmann, the Kenton County judge-executive. Knochelmann said he supports the preservation of historic buildings such as a courthouse that was demolished in 1970 and replaced by the Court Street high-rise that once housed both county and city offices.

Former Covington mayor Sherry Carran thanked the county for stepping in to save the building last summer after the purchase was completed.

Current Covington Mayor Joe Meyer also made it clear that he’s enthusiastic about the project.

“It’s going to be a net positive for the city,” Meyer said a short time after he discussed the county’s plans with Knochelmann.

“We anticipate the opening of the Bavarian Brewery building as the new home of Kenton County will help continue the progress of development along Martin Luther King Boulevard,” said Pat Frew, chief executive of the Covington Business Council. “Recent examples include the opening of the new Center For Great Neighborhoods office, the soon-to-be opened Steffen Tool location and other smaller retail food establishments. It should also create a site more accessible to the rest of the county."

In an unusual real estate package deal, the contractor that wins the brewery renovation contract – the project cost is capped at $25 million – also will become the owner of the 10-story courthouse building on Court Street in Licking-Riverside, the city’s most exclusive residential neighborhood. County documents show that demolition of the Court Street building is one of the options under consideration.

Proposals from the contractors are due June 7. Knochelmann said he believes that the county timetable -- which calls for construction to begin in the fall and be complete in spring 2019 -- is realistic. He also said linking the brewery and Court Street projects made sense.

“We did that because we did not want to exit that building (303 Court St.) and then be sitting with a vacant tower that has unknowns on it,” Knochelmann said. “So now, we will know at the same time as we know what’s going to happen with the Bavarian site – the cost and everything else – we’re also going to know what’s going on with that building once we exit it. And the beauty of that is that there is a plan, there is a doable model, and then we can hopefully try to buy down the overall cost of the Bavarian site by whatever we can get out of 303 Court St., so it’s going to be one big package.”

The offices that will be moving to the brewery are the Commonwealth Attorney, the county attorney as well as the county clerk, sheriff, treasurer, property valuation administrator, administrative offices, child support office and occupational license department. The Kenton County Circuit Clerk, which is part of the court system, also is expected to have a presence in the brewery building, the judge said.

Planning and Development Services of Kenton County, which is not a county operation and has its offices in Fort Mitchell, also intends to move into the building, Knochelmann said.

In early February, the county selected three development groups to submit proposals for the Bavarian project. Since then, a group headed by Cincinnati’s HGC Construction has dropped out for reasons that it did not explain, Knochelmann said.

The HGC team included two prominent Covington firms: Hub & Weber Architects and the Salyers Group, whose family members either own or operate Donna Salyers’ Fabulous Furs, the Madison event and reception center, the Hotel Covington and other businesses in the city.

Teams headed by Turner Construction and a partnership of Megen and Turnbull-Wahlert Construction, both headquartered in Cincinnati, are still in the running.

Both bidders have been asked to submit highly detailed plans that will include at least 20 percent of the design work – including drawings, blueprints and diagrams – that would be needed to move ahead with the project.

“Instead of a pretty picture and a schematic, they are actually going deeper,” said Knochelmann. “We’re limiting risk because, if we force them to give us more detail, that gets the exact costs closer and closer to the final cost that we will wind up with in the final scheme of things.”

The company that does not win the contract will receive $50,000, which will cover at least some of the hundreds of hours that they will have invested in preparing the proposal, Knochelmann said. That work, like that of the winning bidder, will become the property of the county, which will then be in the position to use ideas or designs proposed by the company that doesn’t win the contract, Knochelmann said.

One of the biggest pending questions is whether the county will acquire eight adjacent properties on the north side of MLK Boulevard between Main Street and the brewery building. Kenton County already owns three or four of the buildings and hopes to acquire all of the property, Knochelmann said. He also made it clear, though, that the county does not intend to go to court if property owners don’t want to sell. He said the county is prohibited by law from paying more than the appraised value of the properties.

All of the properties are modest homes, with the exception of the Reliable Dry Cleaners building at the northwest corner of 12th and Main.

One property owner said he’s reluctant to sell. “I hope they don’t take it because the property has been in the family for 71 years,” said Shaun Kelly, who lives at 514 W. 12th. He said the modest one-story frame house is 140 years old and that he considers the county offer he received to be far too low.

Although the county could use its power of eminent domain to acquire some or all of the property, Knochelmann said that’s unlikely.

“I’m hoping that doesn’t happen, but it’s not a deal-killer for the rest of the development,” Knochelmann said, when asked what would happen if some owners refuse to sell. “There’s no appetite for eminent domain” on the four-person fiscal court, he said.

There has been plenty of speculation about what could be done with the Court Street building, a stark, modern structure that is now more than 40 percent vacant since the county jail, Kenton County Circuit Court Clerk’s office and other courtrooms and court offices moved to other buildings.

Four of the 10 stories are vacant; so is the basement, which had been used by the Kenton County Clerk, the county police department and the jail when the building was fully occupied, according to information provided by the county.

There had been some public discussion about the building’s becoming home to Northern Kentucky University’s Salmon P. Chase College of Law, which is located on the NKU campus in Highland Heights. But that proposal never progressed beyond the talking stage.

There also has been speculation that the building could be converted for commercial offices or for condominiums.

When the county voted last July to acquire the brewery property, Knochelmann did not participate after he disclosed that he owned Schneller Plumbing, Heating and Air Conditioning, about two blocks from the brewery project.

He said he is not associated with Knochelmann Service Experts.

Do you have a story about the Bavarian Brewery? Maybe you grew up close to the site or had family that worked there. If so, Kenton County wants to hear from you. Go to this page on the fiscal court website and click to fill out the form.