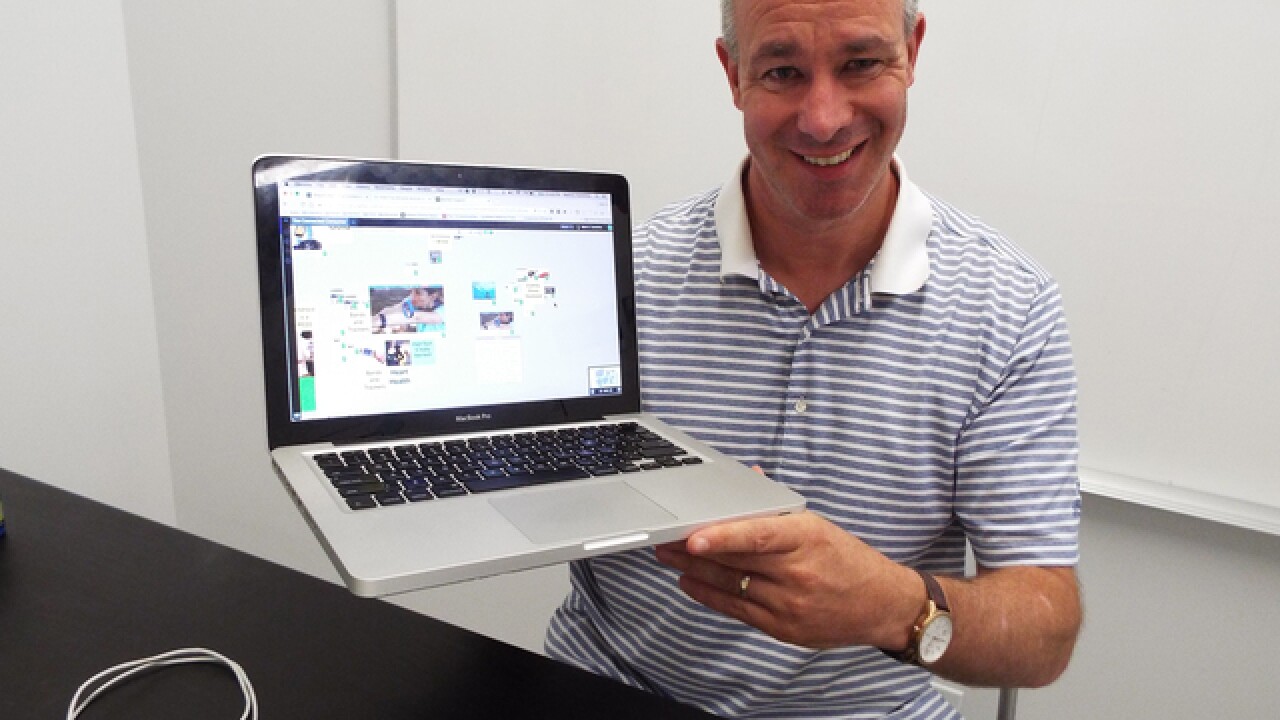 Wouldn't it be great if you could keep the energy from a good brainstorming session going when the group was no longer together?

That's the idea behind Batterii -- an online brainstorming tool that, like a battery, was designed to keep the energy going.

Created in 2011 by Chad Reynolds, who also founded the Cincinnati innovation agency Crush Republic, Batterii is an online tool designed to help employees gather research, organize it, brainstorm ideas from it and make those results known.

The concept seems to have energized a lot of people.

Batterii did $1.5 million in sales last year and is on track to do more than $2 million this year, CEO Kevin Cummins said. It has raised more than $5 million in investments, the largest one from local investor CincyTech.

Ted Griffith, managing director for information technology of JobsOhio, said Batterii offers the potential for growth and the high-paying jobs that JobsOhio wants to support.

The company enables employees to collaborate and share one big workspace no matter where they are, Griffith said.

"I have worked in large multinationals before," Griffith said. "Large companies need to be able to team up … getting on a plane and all flying in to get in a room together is not affordable, not sustainable and also not very practical."

Customers use Batterii's software to create virtual rooms for brainstorming, where ideas and data can be submitted and placed as interactive icons on virtual whiteboards.

"Think of the ability to have a brainstorming session without anyone being in the same place at the same time," Cummins said. The advantage is that participants can contribute when they feel most creative, at their leisure."

A key differentiator for the company, he said, is that through its mobile app, it enables businesses to send staff into the field, engage consumers directly and get that info into one location.

An example might help. Here are the tools Batterii provided its customer Adidas to help organize customer insights:

-- A mobile app and Web clipper, which employees use to capture info and ideas on the go, and share them from the field;

-- Virtual rooms with configurable walls for organizing information and making sense of it;

-- Content cards and backdrops that enable teams to organize customer insight libraries that are accessible around the world.

Three years ago, Cummins said, Adidas started with 15 employees using Batterii. Now, he said, it has more than 2,000.

The software is sold on a subscription, per-user basis. In June, the company began offering a scaled-down version for smaller companies for $15 per month.

Batterii has big customers such as Toyota and Cincinnati Children's Hospital Medical Center, but it's not profitable yet, Cummins said. That's the target for 2017.

The company plans to add 36 new employees by 2019, Cummins said, and that is a condition of its JobsOhio loan.

The company is actively looking for an office in Over-the-Rhine, he said. Since June, most of the company's 18 employees have been working from temporary offices at the Xavier University Center for Innovation.

Plans also call for improving the software to make the virtual walls and backdrops more dynamic and responsive to customers, Cummins said.

What's surprised him about the job?

Cummins thought that finding the product's market and replicating its success would be much easier than it has been.

"We're recognizing that we have to clarify and refine our message," Cummins said. "To be agile, and data-driven."

Perhaps another surprise has been Cincinnati itself. Cummins, a native of Mansfield, Ohio, spent most of his career in Silicon Valley as an executive with Sun Microsystems.

"I don't think we're loud enough about how great a place this is to start a business … and raise a family," Cummins said. "Our engineering team is as good as any I've met in my 20-plus years [in Silicon Valley]."