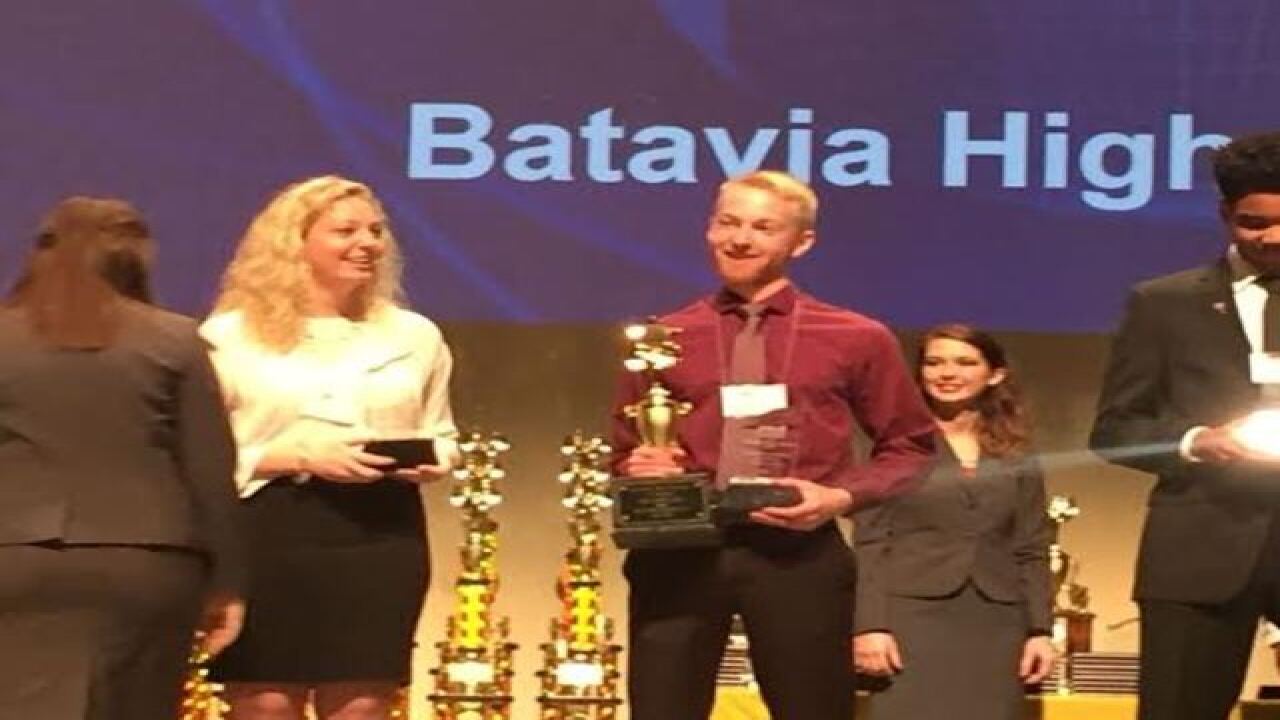 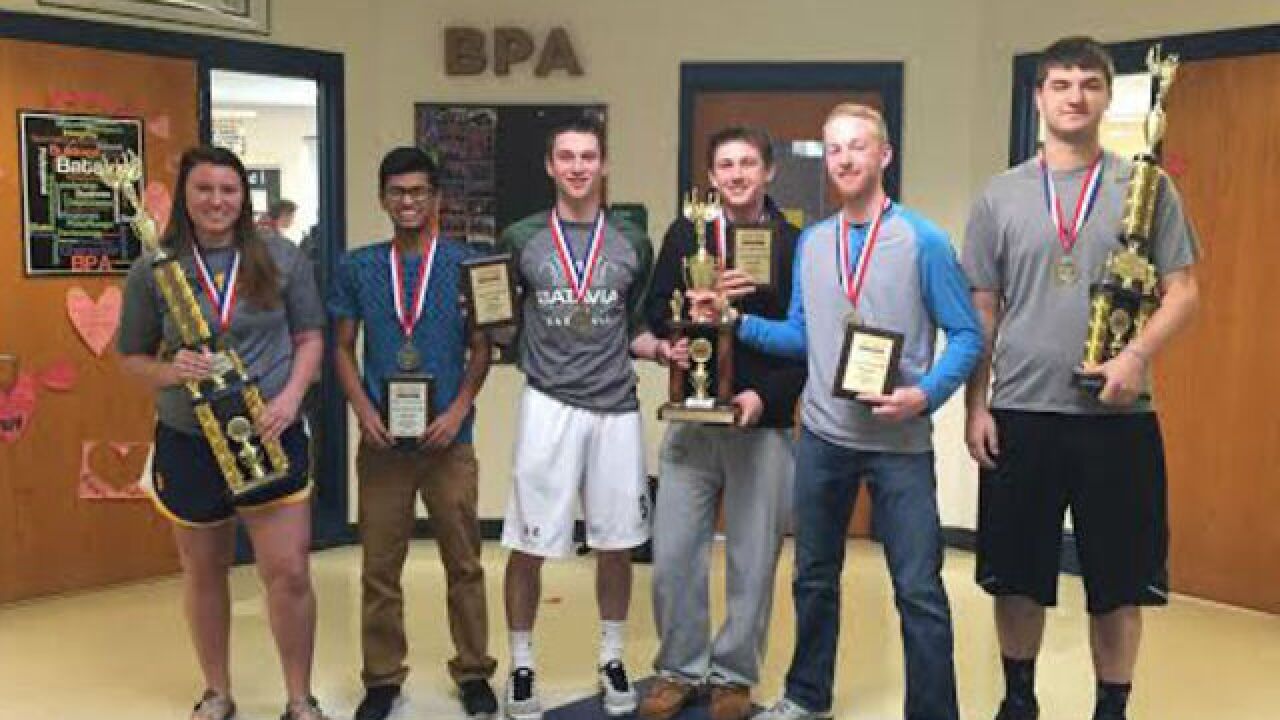 BATAVIA, Ohio -- With its rolling fields and small-town feel, most people passing through rural Batavia likely wouldn't guess that it's a hotbed for business-minded teenagers.

But Batavia High School does indeed have an impressive array of successful students who are members of the Business Professionals of America. They’ve already received statewide recognition, and now the team is gearing up to showcase its skills at the next level: the 2016 BPA National Leadership Conference in Boston from May 4-9.

But they need some help to get there.

‘A Rich Part Of Batavia History’

The BPA is actually a longstanding tradition at the high school. Former paralegal and current teacher Angie Kovacs started it in 1997 and has been involved as adviser ever since.

All students enrolled in the school’s business program, which is sponsored through Great Oaks Career Campuses, are automatically BPA members, Kovacs said; it’s part of the curriculum, so the competitions are mandatory. Yearly expenses for the team average about $10,000.

Students involved in the business program are sophomores through seniors, and this year there are more than 100 students on the BPA roster.

“Most BPA programs are small,” Kovacs said. “But (this one) is very popular.”

That might seem surprising for such a rural school district, but the business program has an esteemed reputation.

“My freshman year … I heard a lot of upperclassmen talk about how fun BPA was, how many different things they learned,” said junior Dylan Young. “I took that as it was a rich part of Batavia history and tradition.

“I decided to get involved, and it turned out to be one of the best decisions of my high school career to date.”

It’s so popular and widely acclaimed, in fact, that some of the students decided to enroll in the business program despite the fact that doing so might have cost them a pretty distinct honor.

“I have a couple kids that may have given up being valedictorian because it’s not a weighted class,” Kovacs explained. “They felt that it would benefit them more than some of the higher-level classes.”

The real-world application of all the things that come along with being in BPA is what appealed to senior Alex Young (no relation to Dylan Young).

“We get to dabble in a little bit of everything,” Alex Young said. “We have the freedom to be creative and discover what it is we love and what we want to do.”

Being involved in BPA also gives students the chance to network with actual professionals in a variety of different fields.

“Making those different connections, I think, is going to be extremely beneficial to us in the future,” Alex Young said.

But why exactly does rural Batavia have such a successful, thriving BPA team?

There’s a simple explanation: The students are passionate.

“The kids have just really gotten into it. We do a lot of community service, so it gets them interested in helping the community, gives them more confidence in themselves,” Kovacs said. (That community service has included raising about $50,000 over the past few years for Special Olympics.)

The real appeal of BPA, and the driving force behind the team’s success, seems to be a combination of two things: real-world skills and family-like closeness.

“We have a really good time in class. It’s a fun program and a very close-knit group. We’re all so close, the students are so dedicated and they care about each other,” Kovacs said. “The kids who graduate come back to help out — it seems like there’s always someone coming back and visiting.

“We can do more interesting things in class,” she said. “They learn real-world skills that they take out of the classroom and actually use.”

That passion has propelled Batavia’s BPA team to the next level: Alex Young, Dylan Young, Garrett Kraus, Zach Newcomb, Collin Sammons and Sahil Patel have qualified for the national competition in global marketing, legal procedures and intermediate word processing. Another BPA member, Allie Murphy, will be receiving a national award at the conference for school and community service.

Before heading to the BPA competitions, students each pick two subjects and are given real-world scenarios to maneuver with the skills they learn in class. Judges then evaluate their solutions using a rubric.

For example, the global marketing team was given this scenario to solve: A group wanted to establish a new National Hockey League team, so the students had to pick a city, find out all the economic and financial information that would be involved in marketing a new NHL team in that city, and come up with an actual marketing plan.

The logistics of getting to nationals are a bit tricky, though. The students need to raise money for the hotel stay, registration and airfare — a grand total of $5,500 — by May 4. The problem is that Batavia is small, and there are so many organizations that need funding, Kovacs said.

“There are only so many fundraisers to go around,” she said. “We have to completely self-fund.”

The GoFundMe page the team has created to help get the word out and generate some donations is well below the $500 mark, and the clock is ticking. If students don’t raise enough money, they’ll have to foot the bill themselves.

It is a significant expense, but the things these kids learn by competing at the national level will stay with them for the rest of their lives, Kovacs said. And it’s hard to put a price on the types of skills they get to fine-tune before they’re even out in the professional world.

“(BPA) is such a unique thing,” Kovacs said. “I’m always hearing from employers who say that they don’t get very many kids that come into interviews with soft skills, and these kids do.”