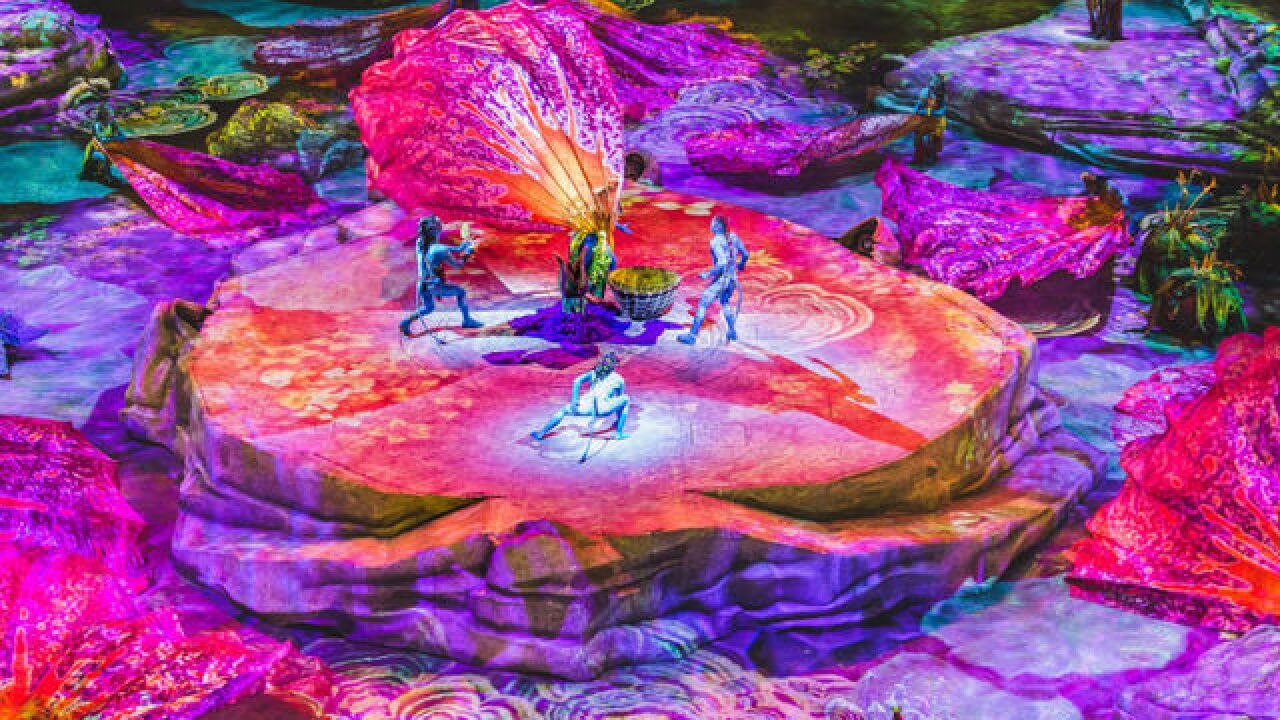 Lots of kids threaten to run away to join the circus.

Caitlin Madden actually did it.

The Ursuline Academy graduate wasn’t looking for just any circus, though. After all, she had earned a degree in theater technology from the University of Notre Dame and gone on to tour with “Blue Man Group,” “Beauty and the Beast” and “Shrek The Musical.”

So last year, when the opportunity arose to join Cirque du Soleil’s newest and most technologically advanced production – “Toruk – The First Flight” – she jumped at the chance.

“It’s a fabulous show,” said Madden, who is officially a carpenter with the show. “And it’s massive.”

And, best of all, the show is coming to U.S. Bank Arena, performing seven shows from May 4 to May 8.

When Madden said “massive,” she was not exaggerating.

“I was accustomed to working on shows that toured with four to six semis filled with equipment,” she said. “This show has 27 semis. I’ve never worked on anything like it.”

But then, what would you expect from a show that is a prequel to James Cameron’s Oscar-winning film “Avatar”? Like the film, “Toruk” is set on the moon Pandora. But since this story takes place thousands of years before the arrival of humans, it is populated solely by the Na’vi people. You remember them – the blue, human-like characters who gave “Avatar” so much of its distinctive look.

Interestingly, this show features one of Cirque’s smaller casts, with just 39 performing artists involved. But because of the technological demands of the show, which demands a hockey-rink-sized space, more than 60 technicians and stage personnel are involved.

“It was a different type of creation process for us,” said the show’s spokeswoman, Lauren Silverman. “For one thing, it is a theatrical show instead of an acrobatic show.”

Typically, Cirque shows have only the sketchiest of plots that serve as an umbrella for a series of remarkable acrobatic acts. But “Toruk” has a highly developed plot -- so much so, in fact, that the show has a narrator, the only character who speaks in English. (The rest speak Na’vi.)

Another factor was the addition of moviemaker Cameron to the creative team. He wasn’t so much involved in the day-to-day development of the production as he was in setting in place the highly codified social and natural structure of life and society on Pandora.

“Everything in ‘Toruk’ was approved by James Cameron and by Jon Landau, who produced the film with him,” said Silverman. “I believe there is another film that is planned and there are definitely new elements in this show that could end up in future movies.”

Lighting Moves to Next Level

Lighting has always played a big part in Cirque productions. But with “Toruk,” Cirque has entered a new era of design. Because it employs projection mapping – the same technology used in the Cincinnati Symphony’s “Lumenocity” presentations on the face of Music Hall – every surface of the stage and set pieces is turned into a projector screen.

Where “Lumenocity” used a dozen projectors in past shows, though, “Toruk” employs 40 of them. The visual impact is overwhelming. Set pieces appear to change shape as colors and patterns undulate across and around the stage. Massive “trees” anchor the space as creatures of every size and description fill the space.

“It’s an amazing spectacle,” said Madden. “Everything is illuminated and appears to move. The floor has 630 separate panels. And everything is being projected onto. I don’t think audiences have ever seen anything like it.”

And don’t fret if you didn’t see the movie, said Silverman.

“They were very careful when they put the show together that the story be clear to anyone in the audience. Anyone,” she said.

Here are a few of the phrases spoken in the Na-vi language that you will hear during “Toruk – The First Flight”: