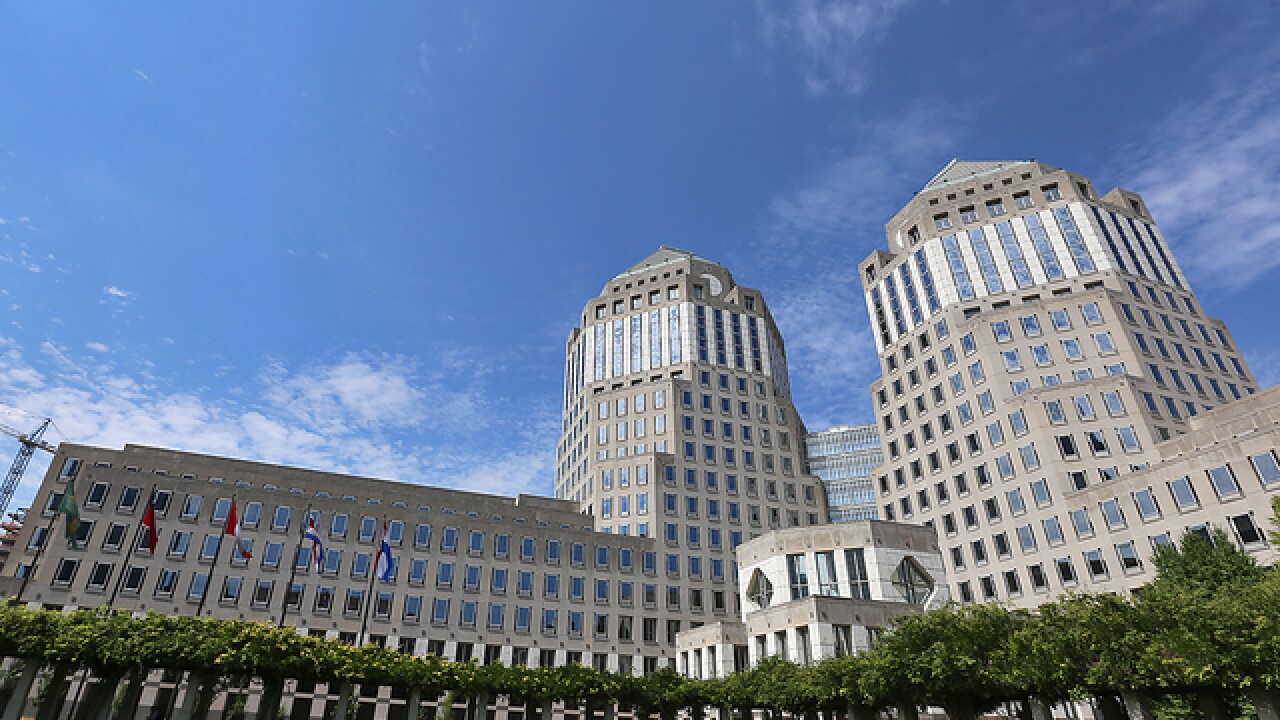 CINCINNATI - If you’re an experienced sales person who always wanted to work for Procter & Gamble Co., now might be a good time to dust off that resume. It’s one of two job categories in which the consumer-products giant is now looking for talent outside the company.

“We are going to put the right people, the best people in jobs across the organization,” Chief Financial Officer Jon Moeller told Wall Street analysts Tuesday. “When that requires we go outside, we’ll do that.”

P&G reported better-than-expected profit of $2.75 billion for its fiscal third quarter despite a 7 percent decline in sales, to $15.8 billion. The company has endured seven straight quarters of declining revenue as it sells off 105 weaker brands to focus on 65 products with better long-term growth prospects. As in prior quarters, the strong dollar erased sales and profits from countries with weaker currencies, including Russia, Brazil and Mexico.

Excluding the impact of divestitures and foreign exchange fluctuations, P&G said organic sales increased one percent during the quarter.

P&G shares declined about one percent in mid-morning trades, down about a dollar from yesterday’s close of $81.50.

Moeller’s comments about hiring outside the company were in response to a question by Wendy Nicholson, an analyst who follows P&G for Citi Research. Nicholson wasn’t convinced that CEO David Taylor is serious about changing P&G’s corporate culture, which heavily relies on promoting from within and rotating executives to develop broad expertise.

“P&G is ready to adapt, evolve and change to do what is needed to win,” Taylor told a February conference of analysts in Florida.

Nicholson said other P&G leaders said the same thing, but outside recruitment has remained limited to highly specialized positions in law, tax and human resources.

“I can't think of anybody from the business side who you actually have brought in from outside,” she said. “Why say it for so many years and then not have it actually happen?”

Moeller said P&G has “hired a number of experienced sales people” and continues to look for “people who have 10 years experience in a category where we may be underrepresented.” P&G is also looking for outside talent “in the whole area of digital marketing and media,” adding that it may partner with outside agencies to cultivate skills it now lacks.

Moeller added that P&G remains committed to promoting from within. It will approach outside hiring deliberately.

“Having someone come in just for the sake of (being) able to say we are make progress there, (that’s) not something that interests us very much,” he said. “But having the right people in the right jobs, bringing mastery to help us when across the board, we're definitely committed to.”

Executive search consultant Barry Elkus said P&G is smart to target digital-marketing strategists in its outside talent search because innovation is happening quickly at hundreds of companies. So, it's unlikely that P&G's system of cultivating talent over decades will produce the next game-changing idea from within.

“Imagine the people at Amazon, that’s their world, and what kind of new ideas they could bring to P&G. That would get me excited if I was a shareholder,” said Elkus, a counselor and partner at the Madisonville search firm, Gilman Partners.

Elkus said P&G will need to be careful to make sure the talent it attracts is compatible with its corporate culture.

“The best talent has multiple options and is being very selective,” he said. “So, I don’t think P&G is just going to be able to put an open for business sign up and have their pick of the talent pool. But they certainly have a nice story to tell in terms of basically being the branding capital of the world.”