At The Wheel in Oakley, get your pizza, pasta or a fresh-baked loaf of bread to go

Even better, an invite to an Italian pop-up dinner 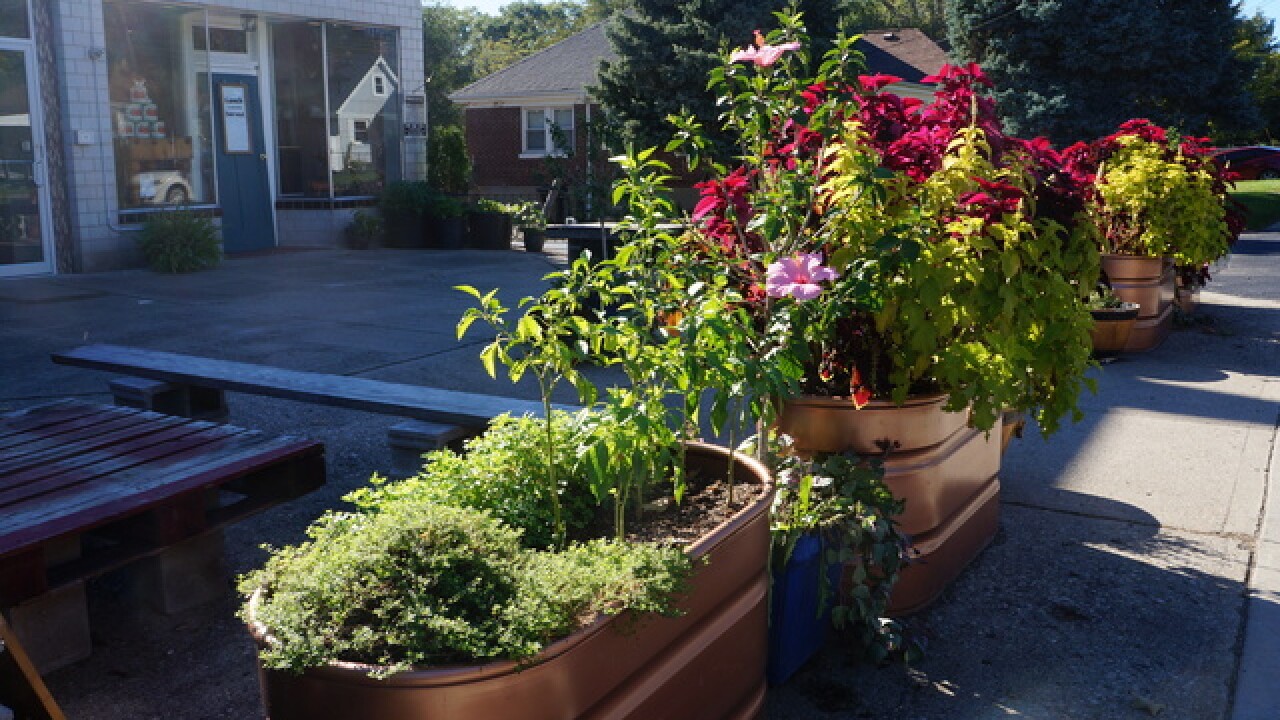 Copyright 2017 Scripps Media, Inc. All rights reserved. This material may not be published, broadcast, rewritten, or redistributed.
Garin Pirnia | WCPO contributor
<p>Chrissy Antenucci grows hard-to-find herbs like anise hyssop in the garden in front of The Wheel.</p> 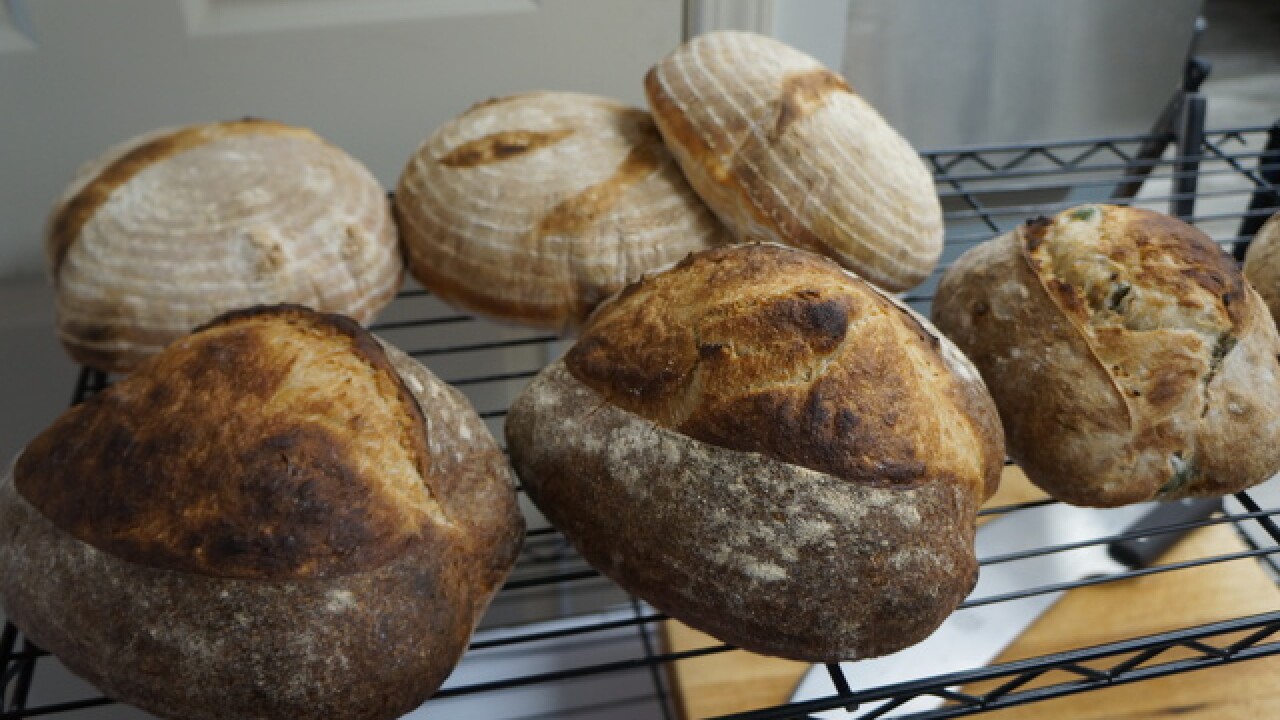 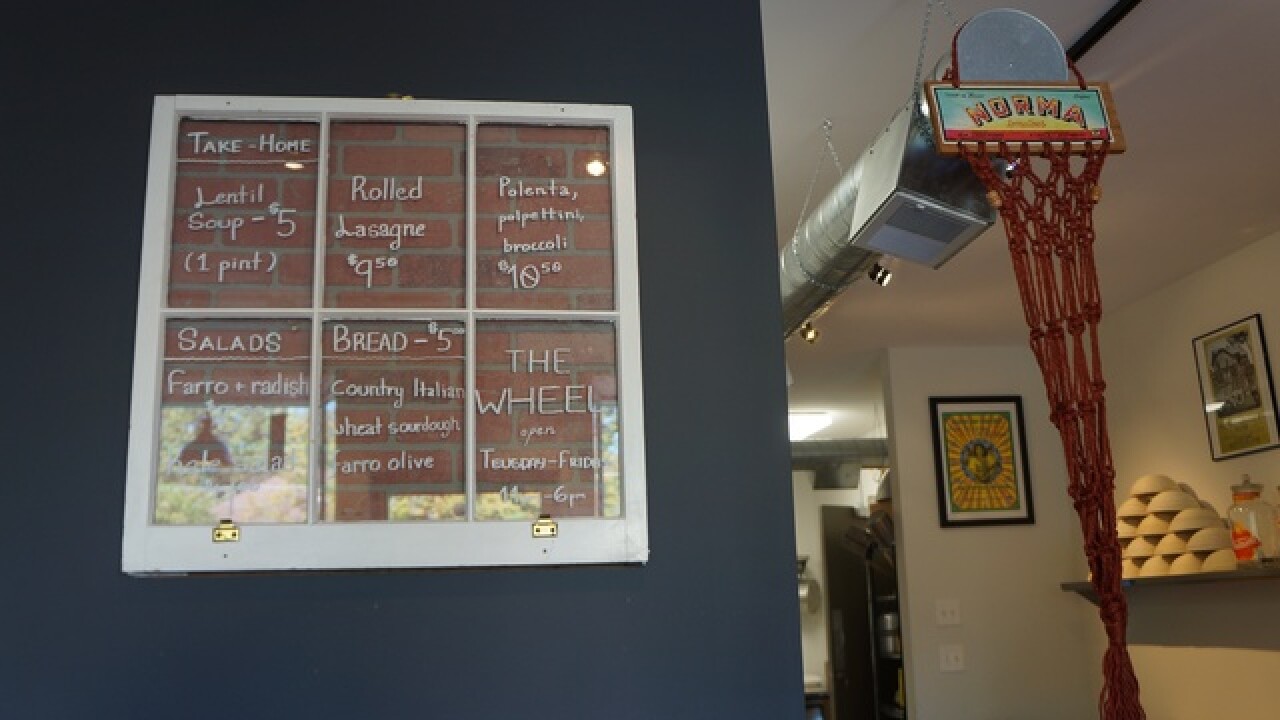 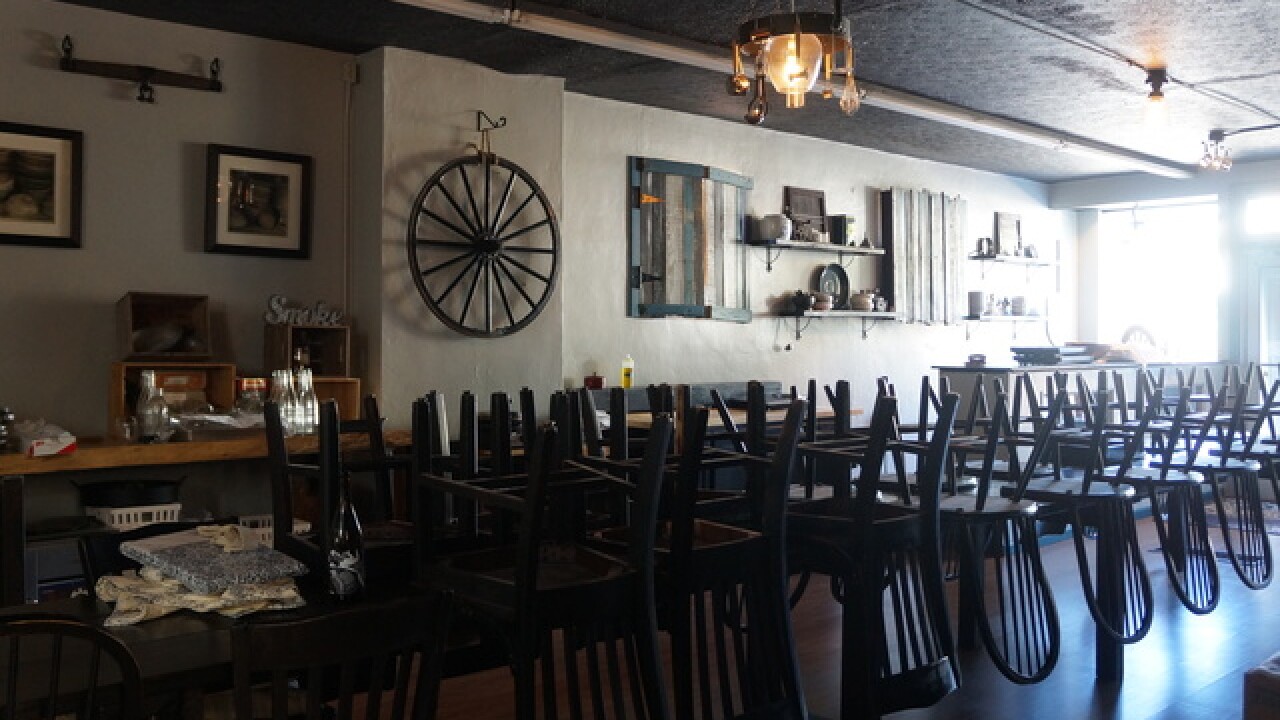 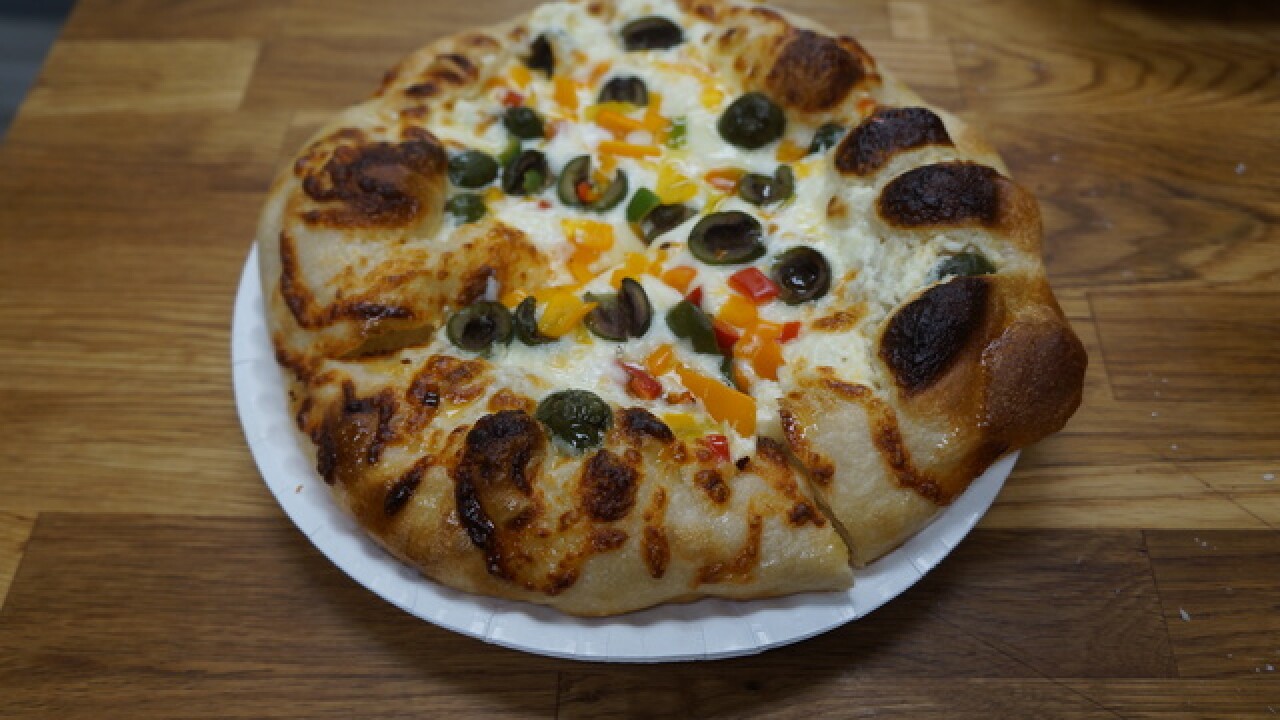 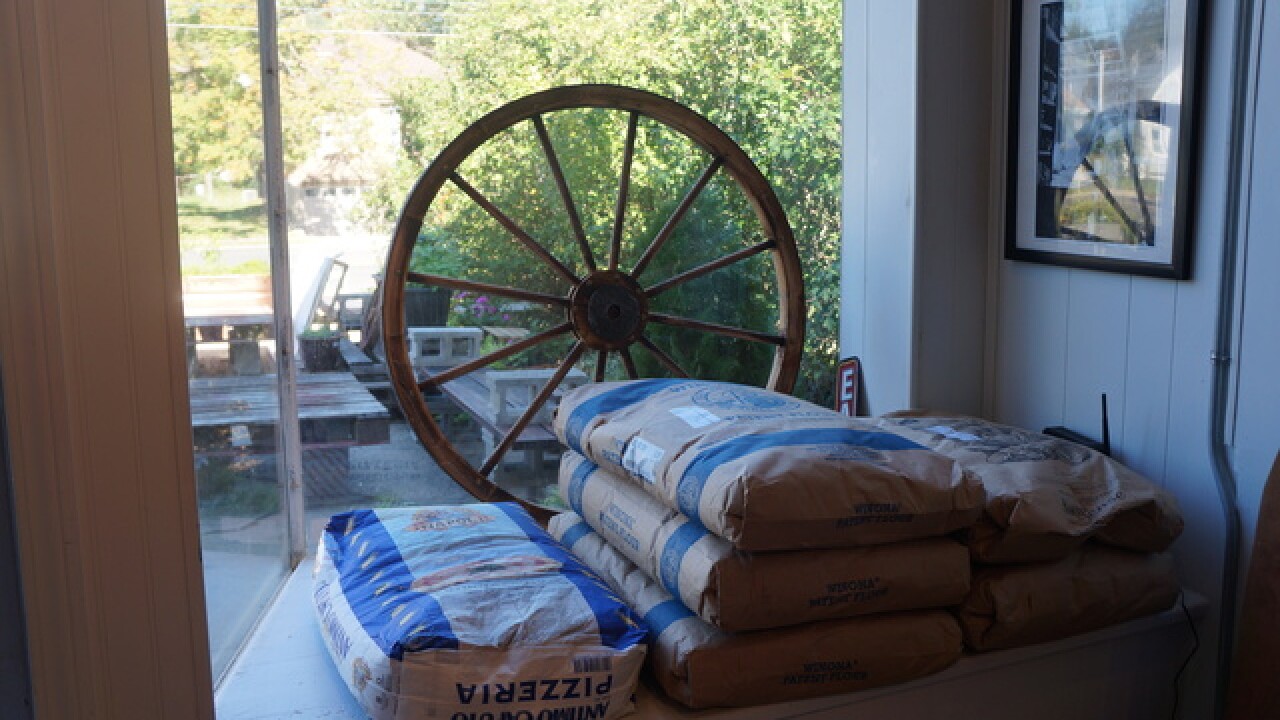 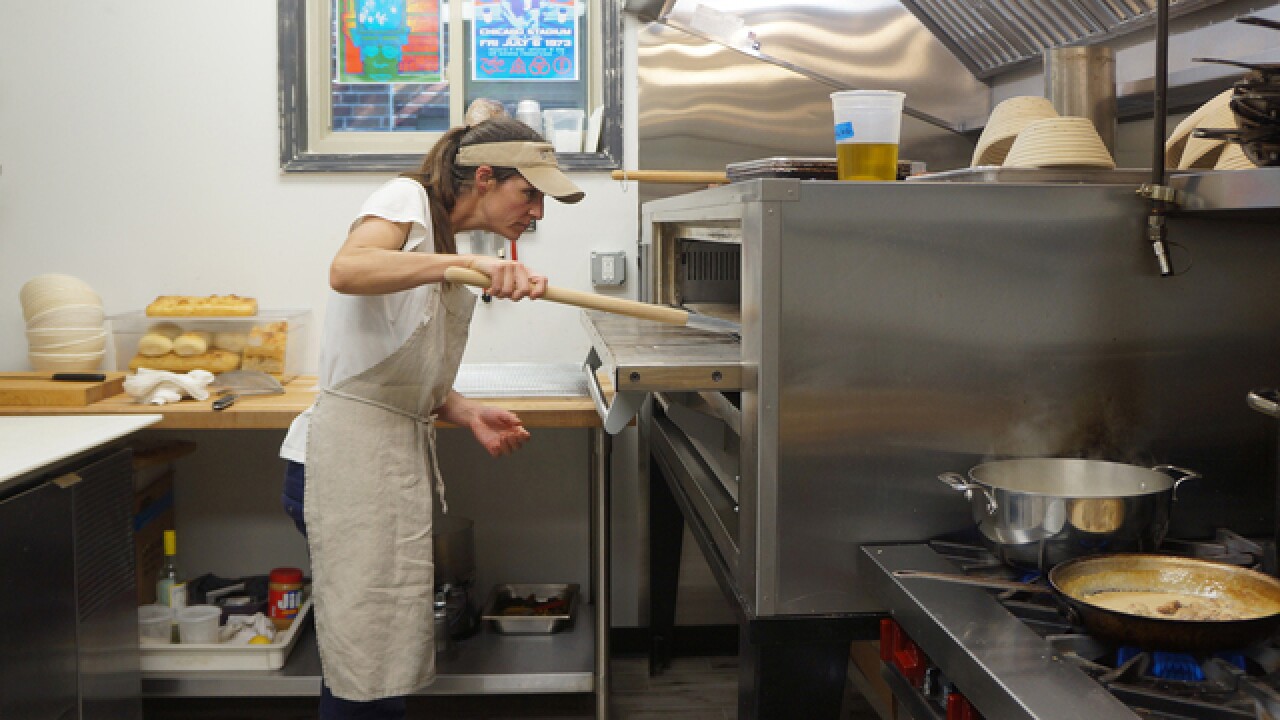 CINCINNATI -- Atop the entrance to The Wheel, an Italian food carry-out shop and event space in Oakley, a sign reads, "Thank You Jerry."

The "Jerry" is Jerry Garcia of the Grateful Dead, whose song "The Wheel" inspired chef Chrissy Antenucci, a Blue Ash native, to name her first eatery after the band. Wagon wheels adorn the restaurant, as do posters of classic rock performers Led Zeppelin, Janis Joplin and, of course, the Dead.

"The community and the scene in the parking lot was inspiring to me, as the music was otherworldly at that time in my life," she said.

From 2006 to 2013, Antenucci lived in the group's hometown of San Francisco, where she cut her teeth working at Quince, Michael Tusk's three-star Michelin restaurant, at the pasta station and eventually as a sous chef. She also worked as a personal chef for a family and dabbled in catering for Silicon Valley-based companies such as Yelp and Snapchat.

Although she had studied French cooking in 2003 in New York at the French Culinary Institute, now known as the International Culinary Center, her inclinations gravitated toward pasta.

"Fresh pasta has always been my passion," she said. "I worked with Tusk for two years and learned a ton -- not just about fresh pasta, but about everything."

Italian cooking also happens to be in Antenucci's blood, she said: "I grew up in a family that entertains."

She said the recipe for her pane (a thick-crust pizza) is a version of her 97-year-old uncle's. In the 1950s, her grandma Norma Antenucci hosted a cooking program on WCPO called "The Kitchen Show."

Antenucci was itching to open her own restaurant but knew doing it in San Francisco or New York City wouldn't be feasible, so in 2013 she moved back to Cincinnati.

In January 2016 she started hosting pop-up dinners inside The Wheel's dining room, and in September of this year, The Wheel's carry-out section officially opened to the public.

The idea is for local businesses to order lunches or for families to purchase grab-and-go dinner entrees. (There is no seating.)

All of the breads are made from scratch and are sold by the loaf.

When Antenucci opened her own place, she said she transitioned from the fast-paced structure of high-end restaurants to a slower operating mode.

"The way I'm wired, I make things hard," she said. "It's laid-back, sure. It's not like I'm flipping out in front of the guests. They've commented how calm I am, which I find amusing. It's a different pace. It's not like a crazy kitchen line environment here."

Antenucci said the pop-up dinners -- along with private events -- will continue as she focuses on The Wheel, adding that "everything is on the table" for the future.

"I'm really flattered by the way it's taken off so far," she said. "I love cooking, and I love cooking for people who appreciate it."