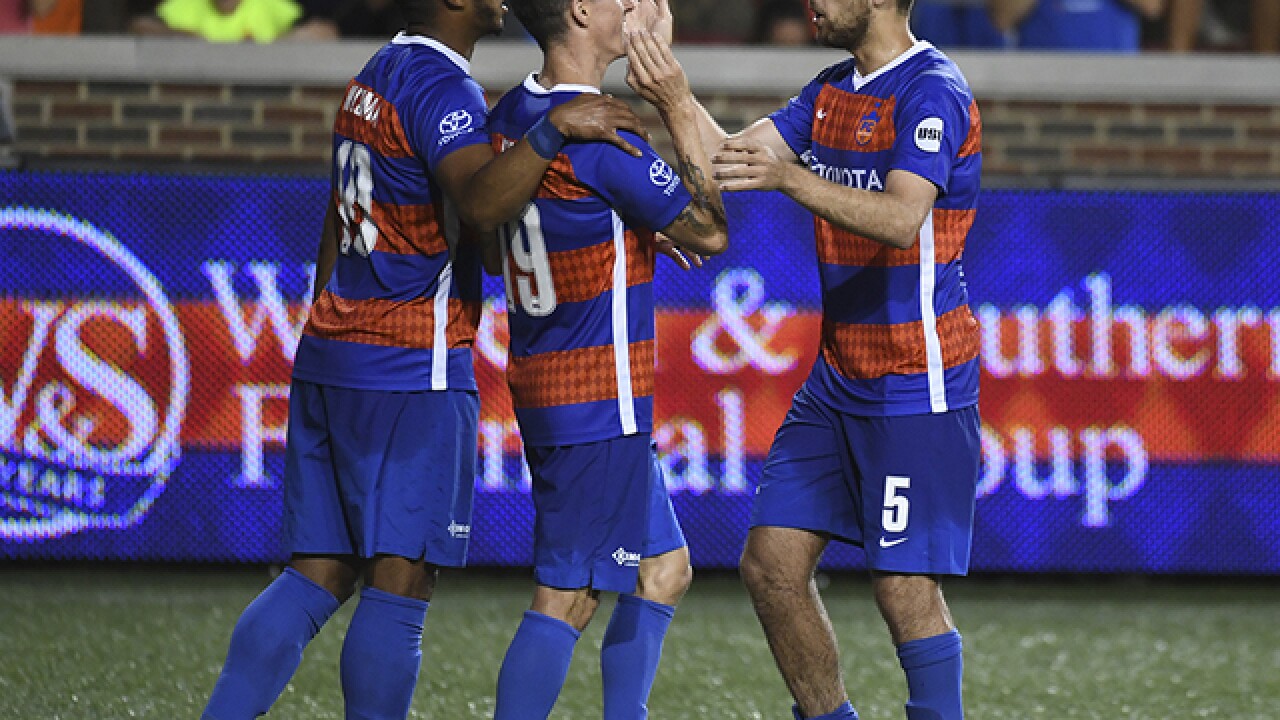 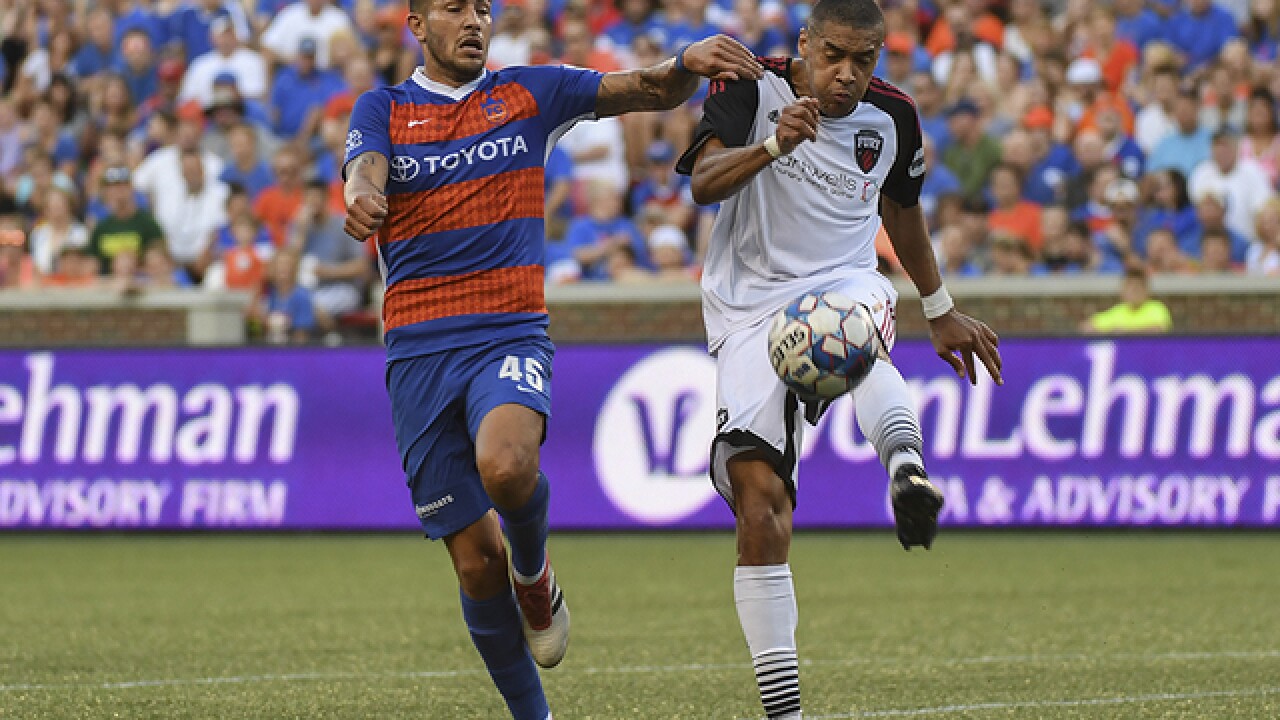 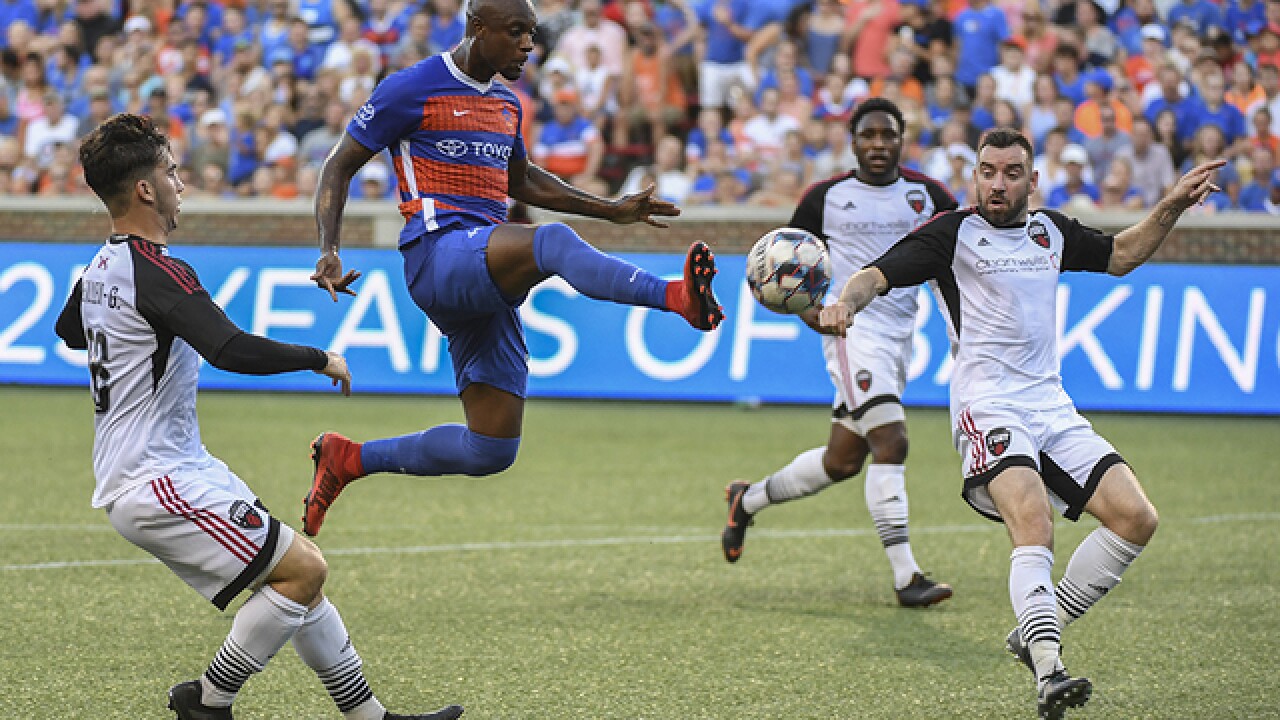 The third-year club has led the division eight of the last nine weeks and at 10-3-4, Cincinnati is six points up on second-place Pittsburgh, which has played two fewer games.

Coach Alan Koch is pleased with the progress of a group he assembled -- just seven of them are holdovers from last year's sixth-place team, which finished 12-10-10 -- but no one is satisfied. The club travels to third-place Nashville SC on Saturday and hopes to begin the second half of the season on a strong note.

"I'm never comfortable, but I'm very happy with the group because we put together really a new group this year and obviously it takes time to build," Koch said. "But through 17 games, we're very proud of the way we've played as a group and how they've responded to the competition."

Here is a look back at the highs and lows throughout the first half of the season:

FCC is 3-3-3 against teams currently sitting in a playoff position (top 8 of the conference) with the most notable wins coming against fifth-place Indy Eleven (twice) and sixth-place Charleston Battery. All three victories were by one goal and on the road. FCC also collected an impressive 3-1 win over second-place Pittsburgh, a team that hadn't allowed a goal at home, but that was in the U.S. Open Cup and had no bearing on the USL season.

The Orange and Blue have flexed their muscles against the bottom half of the table, including a 4-1 win over 12th-place North Carolina FC, a 4-0 victory over 14th-place Richmond Kickers and outscoring 13th-place Ottawa Fury 5-0 over two games.

Cincinnati just can't seem to solve 2017 USL Cup champion Louisville, which twice collected shutout wins at Nippert during the first half. The good news is coach James O'Conner has since departed to take over at Major League Soccer's Orlando City SC. He officially was introduced to his new club Monday.

FCC, hoping to avoid the season sweep in the River Cities Cup derby, plays at Louisville on Sept. 8.

Aside from losing to their biggest rivals, FCC also had a stunning 4-1 loss at seventh-place Charlotte on May 12 and a 3-3 draw at winless Toronto FC II last week -- a game Cincinnati led 3-1 at halftime.

FCC leads the league with 35 goals, and three players have combined to score 23 of those. Danni Konig and Emmanuel Ledesma lead the team with eight goals each, ranking in a tie for third in the USL, while Nazmi Albadawi adds seven.

Ledesma has been the first-half MVP. Not only has he scored some impressive goals, but he also leads the league with eight assists, and his foot skills and ability to take on defenders is unmatched. He's been the catalyst to FCC's success so far.

Albadawi is arguably the most improved player on offense. Despite high expectations coming in, he got off to a slow start and didn't even play the first three games. He has scored in four straight going into Saturday's game at Nashville.

Defensively, FCC has been a little inconsistent at times. The club opened with a pair of 1-0 wins and had three clean sheets through the first six games, but the Orange and Blue gave up 13 goals over the next six matches. During an unbeaten stretch in June, FCC outscored opponents 15-6 while going 4-0-2.

Starting goalkeeper Evan Newton has five shutouts and owns a 6-2-4 record, while Spencer Richey is 3-1-0 with one clean sheet. Newton owns a .698 save percentage and a 1.08 goals-against average.

FCC has been without midfielder Tyler Gibson since he broke his leg in the preseason, but he has been back training with the team in recent weeks and appears to be nearing his debut. Koch said last week that Gibson was just working to get back into game shape. Gibson was a member of the 2017 North American Soccer League Champion San Francisco Deltas before signing with FCC in the offseason.

Cincinnati also has been without Lance Laing for the last six games as he continues to nurse a knee sprain. He has appeared in six games at left wing and left back.

After going just 4-8-4 on the road last year, FCC has been surprisingly good away from home this season. The Orange and Blue are 6-1-2 on the road, meaning 20 of 34 points have come outside the friendly confines of Nippert Stadium. Now, with six of the next seven league games at home, FCC looks to protect its home turf and use the incredible fan support in Cincinnati to its advantage.

With a crowd of 27,107 fans attending Saturday's game, FCC topped the 1 million mark. A total of 1,005,636 fans have attended FCC games since its inception in 2016. Saturday's crowd was the second largest this season.