At Steak It Eazy, you can get juicy steak dinners, burgers and more delivered to your door 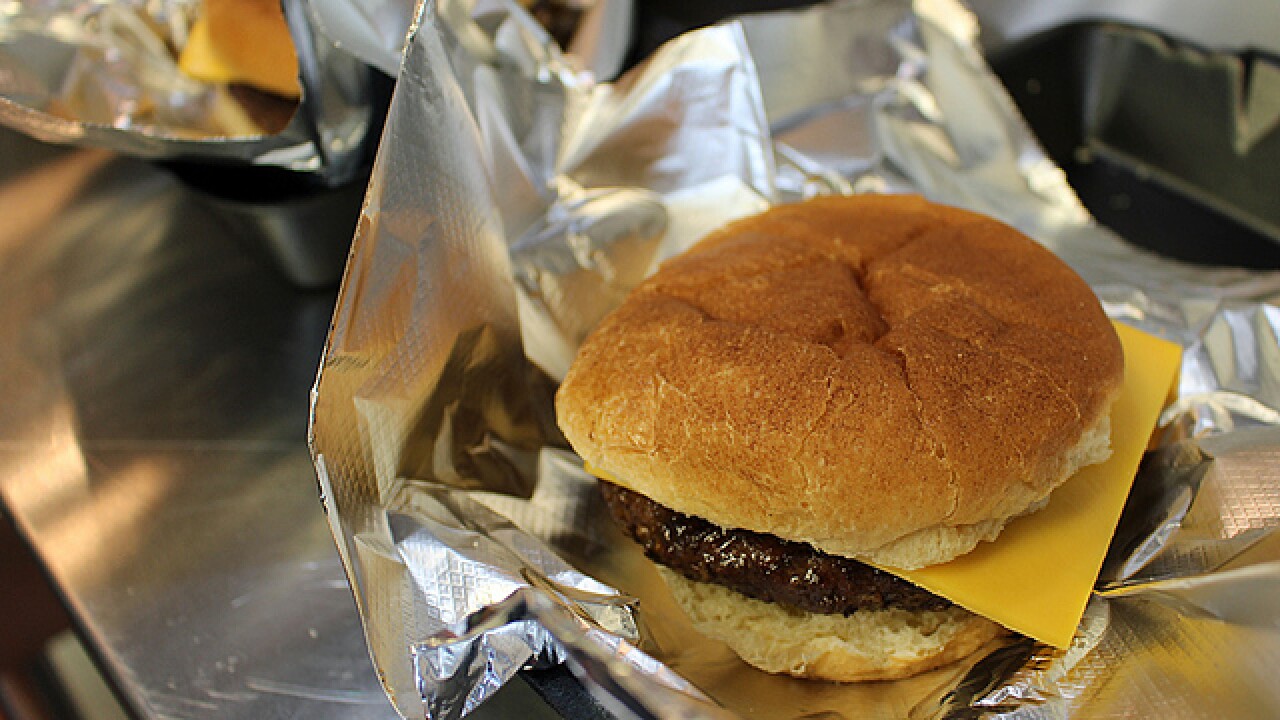 Copyright 2017 Scripps Media, Inc. All rights reserved. This material may not be published, broadcast, rewritten, or redistributed.
Grace S. Yek | WCPO contributor
<p>The burger is just one of many grilled protein entrees at Steak It Eazy in Symmes Township.</p>

SYMMES TOWNSHIP, Ohio -- There's a new steakhouse in town, but you can't pull up a chair and dig in.

Tucked away in the Symmes Retail Center in Symmes Township, the express steakhouse is the brainchild of first-time entrepreneurs Samuel "Sammy" Caraballo and Logan Gundolf. Caraballo leads the operations, and Gundolf tends to the business side.

Their concept aligns with an emerging national trend of "restaurants" with no dine-in option: There's less overhead for the operator, making the food more affordable for the customer. However, the express concept is not new, Caraballo said.

"I used to run the same concept in (San Angelo) Texas," he said. Eight years ago, Caraballo was the general manager for Texas Steak Express, a takeout and delivery business specializing in steaks, burgers and other grilled foods.

Born in Puerto Rico, Caraballo grew up around food, all meticulously prepared, thanks to his mom, who used to be a chef.

"She always put love into the food," he said, adding that he faithfully incorporates this "secret ingredient" into his cooking.

Caraballo's family moved to New York when he was 7 years old. He grew up in Indiana and ventured to Texas for college, but he pivoted and started working in the restaurant industry instead. Caraballo went on to work for a debt recovery company and moved to Cincinnati six years ago when the company opened an office here.

Gundolf was born and raised in Urbana, Ohio. He graduated from Wright State University with a degree in criminal justice and went on to work for the same debt recovery company, where he met and befriended Caraballo. When they went on vacation in April, Caraballo pitched the idea of opening a delivery steakhouse. Gundolf was immediately drawn to the idea, fueled partly by his personal goal.

"I just turned 29, and I wanted to do something (notable) before I turned 30," Gundolf said.

When the pair returned from vacation, they immediately went to work. Gundolf and Caraballo studied the market, did on-the-ground research and landed the location a month later.

"I just went out and talked to people," Caraballo said. "If you stay too long planning, you're going to be stuck in planning."

Caraballo and Gundolf are clear about their market position.

"We want to be above Outback and Texas Roadhouse, but (we're) not Jeff Ruby's," Gundolf said with a chuckle.

"We want to be able to compete with pizza and UberEATS, too," Caraballo added.

Caraballo is convinced the quality of the restaurant's food will win a place in the market. By omitting the complexity of dine-in service, he believes Steak it Eazy can streamline and do a better job at cooking the food for pick-up or delivery.

"A lot of companies are doing it but … the food is overcooked or cold when it gets to you," he said.

Steak It Eazy serves USDA Choice beef sourced locally from Busch's Country Corner (Findlay Market) and Brandy Meats (Camp Washington). The menu includes a 16-ounce T-bone ($23), 8-ounce New York strip ($15), ribeye (6 to 12 ounces, $15-$23), and steak tips (6 to 12 ounces, $14-$22). Every entree comes with a salad, baked potato and roll. Other grilled protein choices include chicken, salmon and shrimp. Customers also can choose from a lineup of burgers, sandwiches, salads and sides such as mac and cheese, mushrooms and broccoli.

Caraballo said the steak tips and filet mignon are immensely popular with their customers.

Steak It Eazy offers daily lunch specials, but the most popular one is the Monday $5 takeout deal, which includes a half-pound steak burger, kettle chips and 32-ounce sweet tea. You can have food delivered within an eight-mile radius for a minimum order of $10 and a delivery fee of $2.50. There is no restriction on distance for catering.

"If we do catering, we bring the grill to you," Caraballo said. "We'll cook right there, in a tent, rain or snow."

Caraballo thinks customer service these days is too impersonal and has fallen to the wayside.

"I want to bring the face-to-face (interaction) back. It can be something as simple as opening the door for the customer," he said. "If something is messed up, I tell my drivers to give our customers my personal cellphone and tell them to give me a call."

It has been quite a journey for the two friends. Gundolf acknowledged he had a case of the nerves right before Steak It Eazy opened, but now "I feel like it's going to be huge."

"I'm never worried about anything but the food," he said. "The food is always going to speak for itself."