At Soapy Soap's website, you can design your very own animal-friendly vegan soap bars 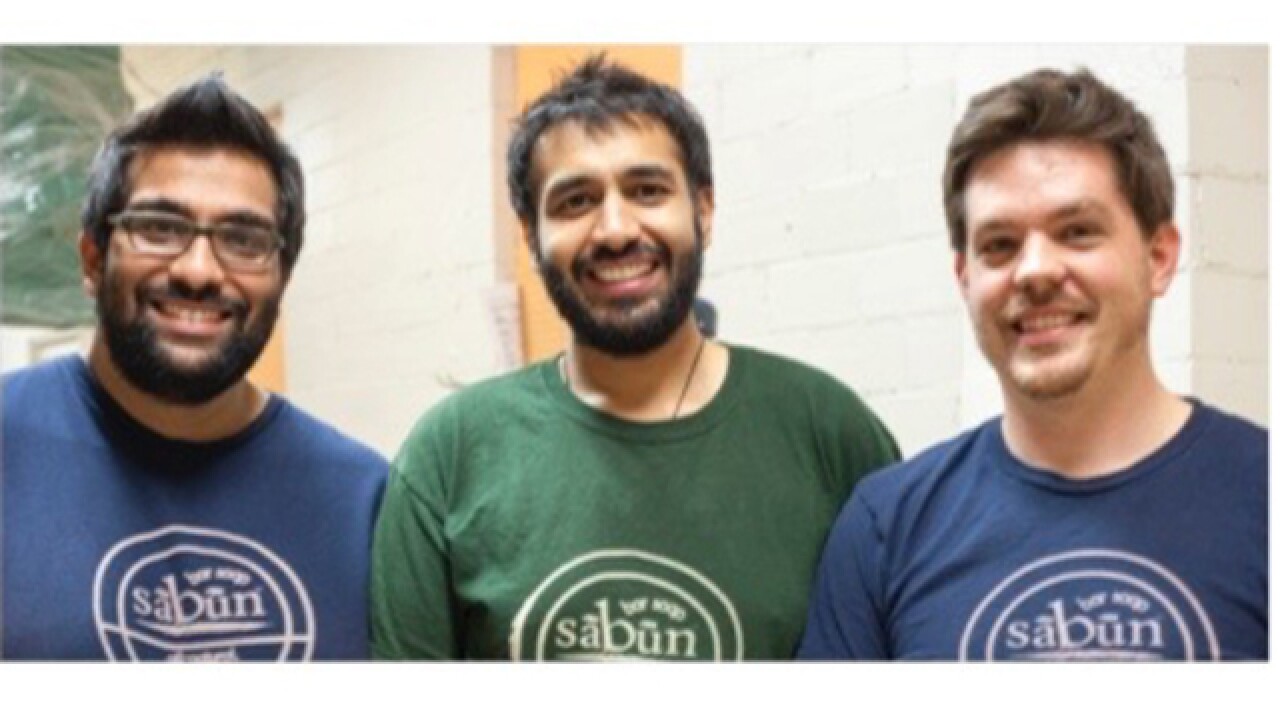 Copyright 2017 Scripps Media, Inc. All rights reserved. This material may not be published, broadcast, rewritten, or redistributed.
Provided
<p>The founders of Soapy Soap Co. are, from left, Mohammed A. Mahdi; his brother, Mohammed M. Mahdi, and Anthony Duncan.</p>

This is the fifth in a seven-part series introducing the new class of The Brandery, an Over-the-Rhine seed-stage startup accelerator. Each day this week, we'll focus on one startup or business selected to participate in this year's program. Today: Soapy Soap Co.

CINCINNATI -- It's every startup owner's dream to turn an industry on its head with a new product or service.

Bloomington, Indiana-based Soapy Soap Co., one of seven startups in Over-the-Rhine based business accelerator The Brandery this summer, hopes to do that with the soap-making business.

But the industry-disrupting facet is a website created in November called Design My Soap . There, customers can do just that, choosing the scents and textures for their soap, as well as creating their own labels.

"We see it as a technology disrupter," said co-founder Mohammed M. Mahdi. "No one has ever thought of this concept … The soap maker is usually the one who decides what goes into the soap."

But that's not what happens when you go to Subway to buy a sandwich, he added. "We wanted to give the customer the same control."

Mahdi and his brother, Mohammed A. Mahdi, who were living in Bloomington with fellow Indiana University graduate Anthony Duncan. They did a lot of things together, and one day in 2012 they decided to try to make soap.

Natural soap is typically made using a cold process that takes one or two months to cure, Duncan said, but the guys accidently hit on a way to speed up the process so that it takes only one day. They named it "the volcano technique."

Once they finished their first soap-making run, they had enough soap to last each of them about 100 years, Duncan said. So they began selling it in various farmer's markets and local stores. It's now sold at Fresh Thyme Markets in Indiana, at select Kroger stores and online .

They've sold about 60,000 bars of soap since the company started, including about 3,800 bars that customers designed themselves. The premade bars sell for $7 apiece, the designer bars for $8, and there's a flat shipping fee of $5 per bar.

The business even received a mention in the latest issue of O magazine.

The founders want to make Soapy Soap into a national company, and they hope that completing The Brandery will help them refine their branding and attract investors, Mohammed M. said. So far, they've bootstrapped and funded the business with recycled profits.

The Brandery's doing a good job of pushing the company forward, said Joni McGary, the owner of LuckyGuy Bakery in Bloomington, which makes "intensely chocolate decadent brownies." She met the founders when she needed help with printing a label, and they were soon exchanging brownies and soap.

"I have not met a group of finer people in my travels," she said. "To a person, their character is sterling … They never cut a corner, they never do anything that would have a hint of anything that's not quite ethical."

For Soapy Soap to have national success, she said, the founders need to assign someone to focus on internal operations. The company also should not be afraid to charge more for its products.

"It's a premium product," she said. "I see soaps selling for $24 (a bar) that are not near the quality" of what Soapy Soap produces.