They thought he was 'nuts.' He proved them wrong 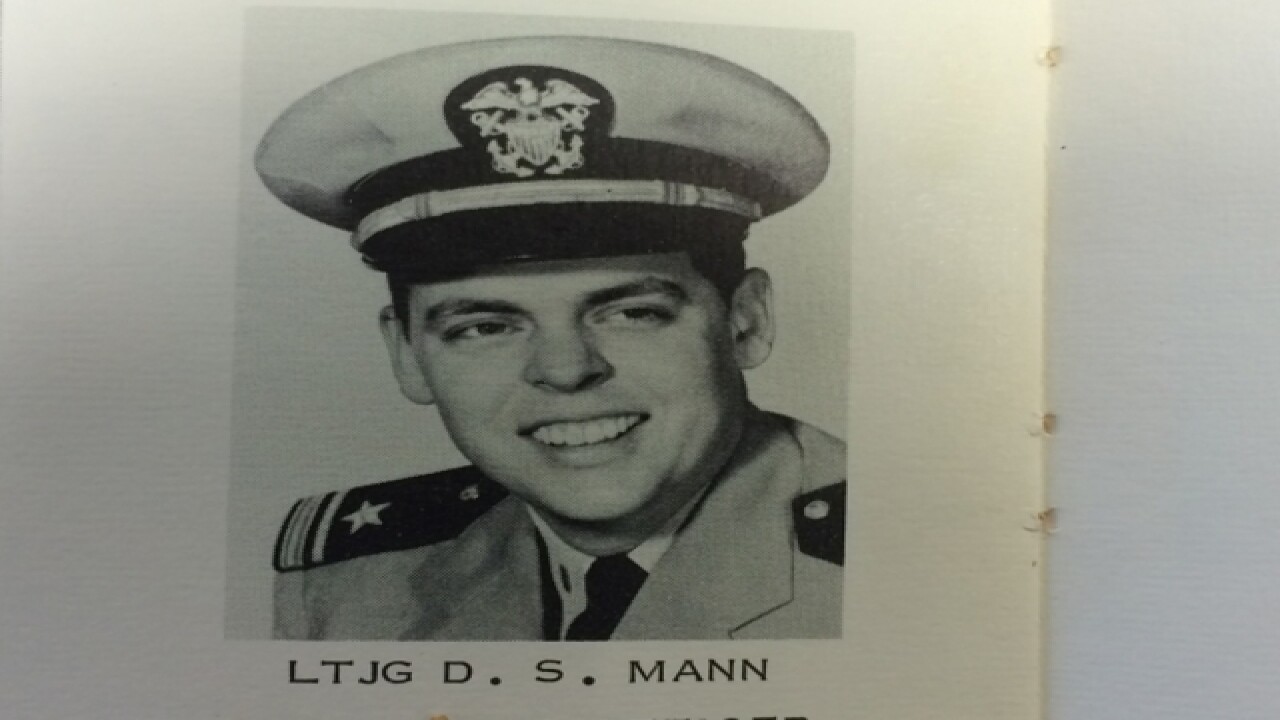 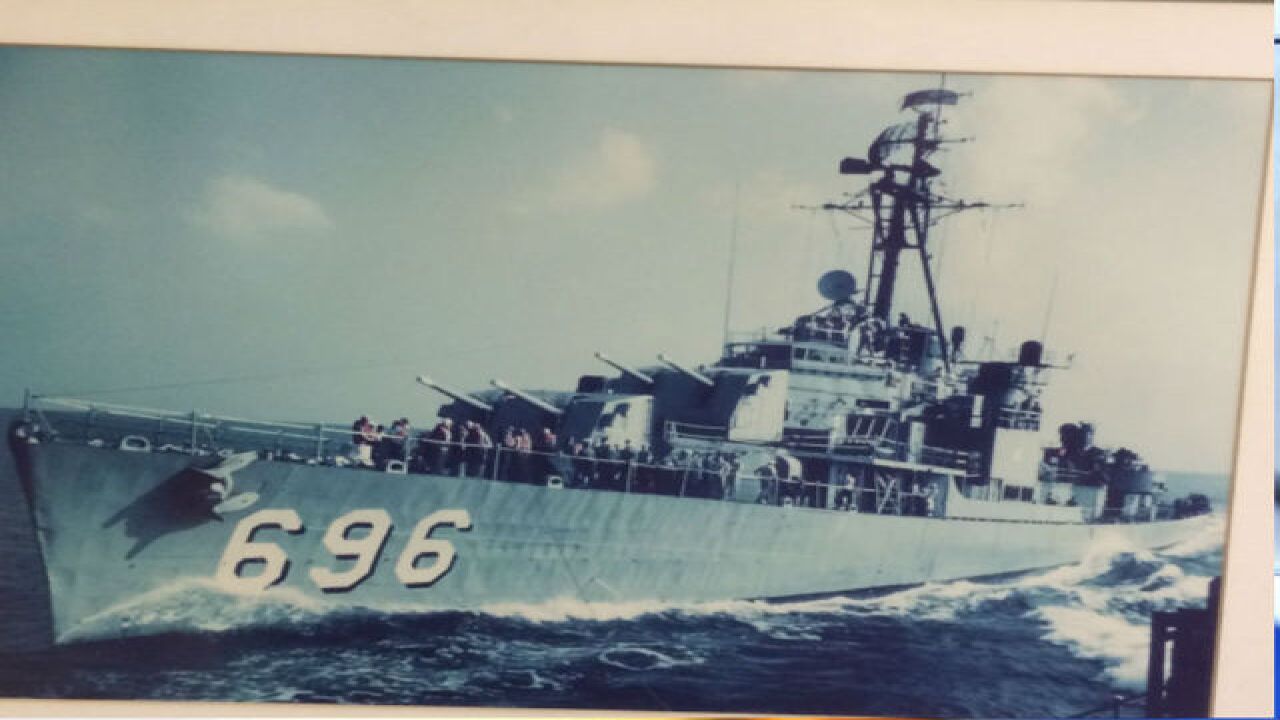 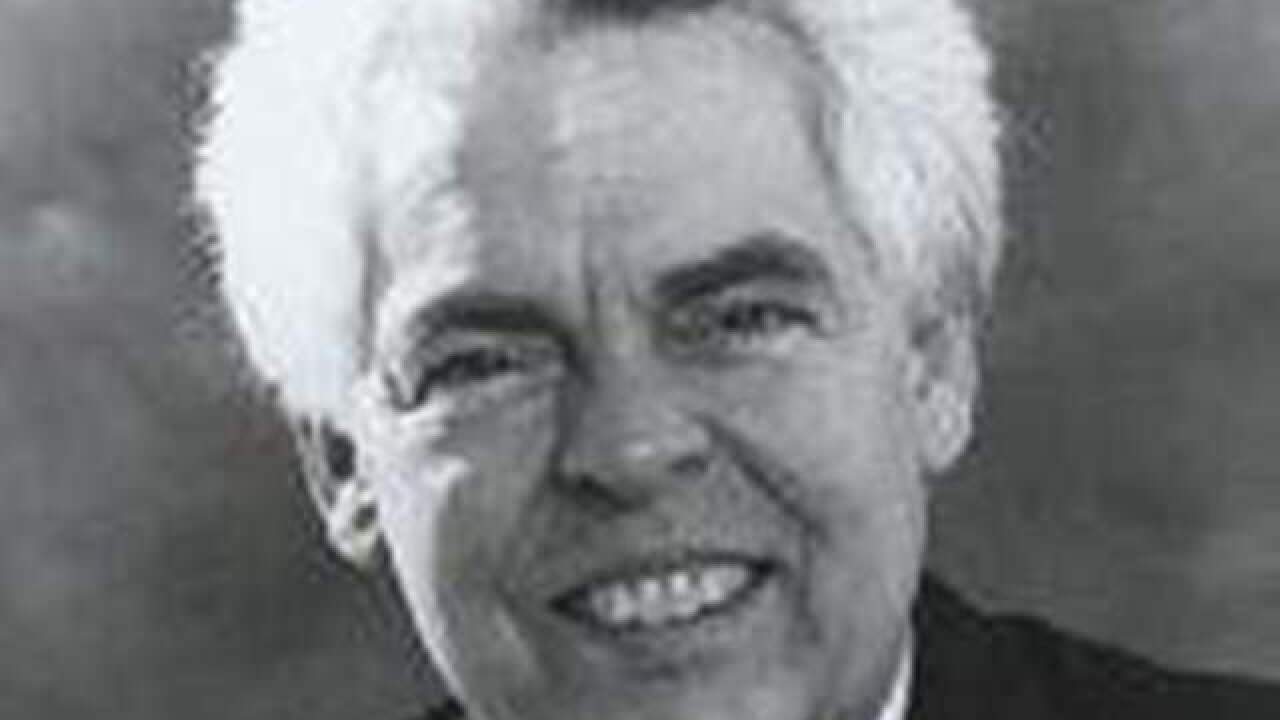 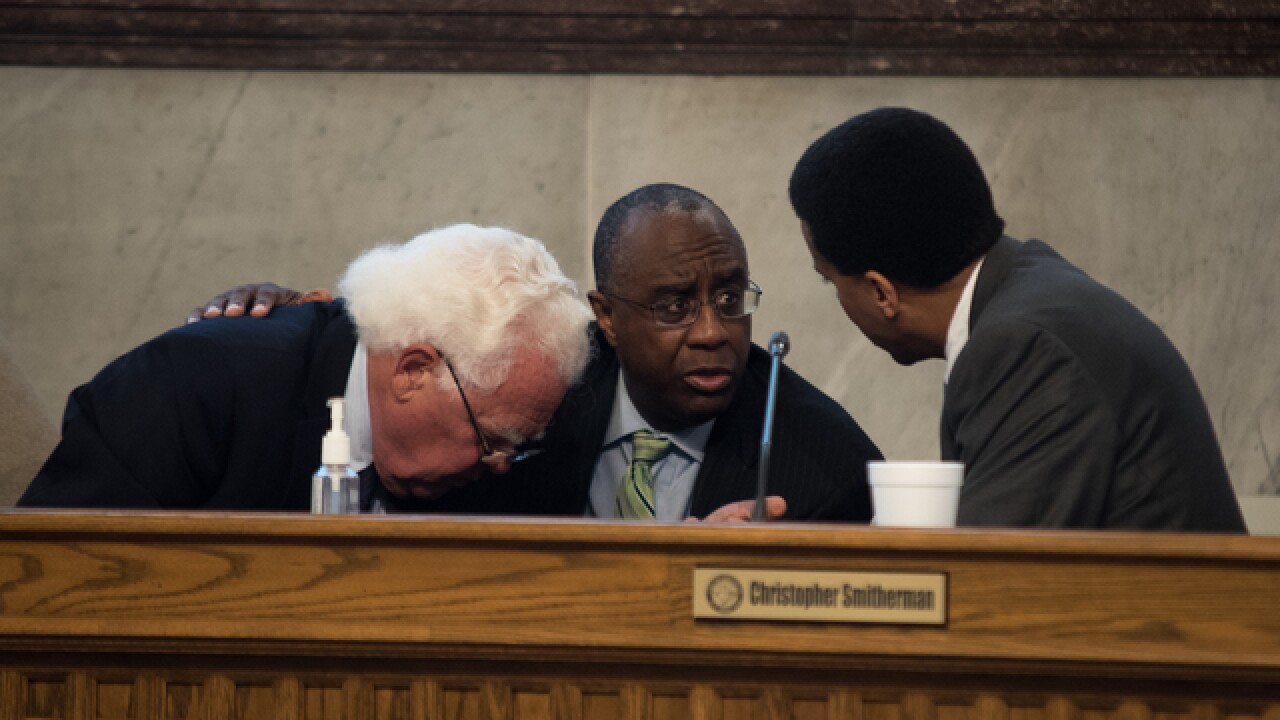 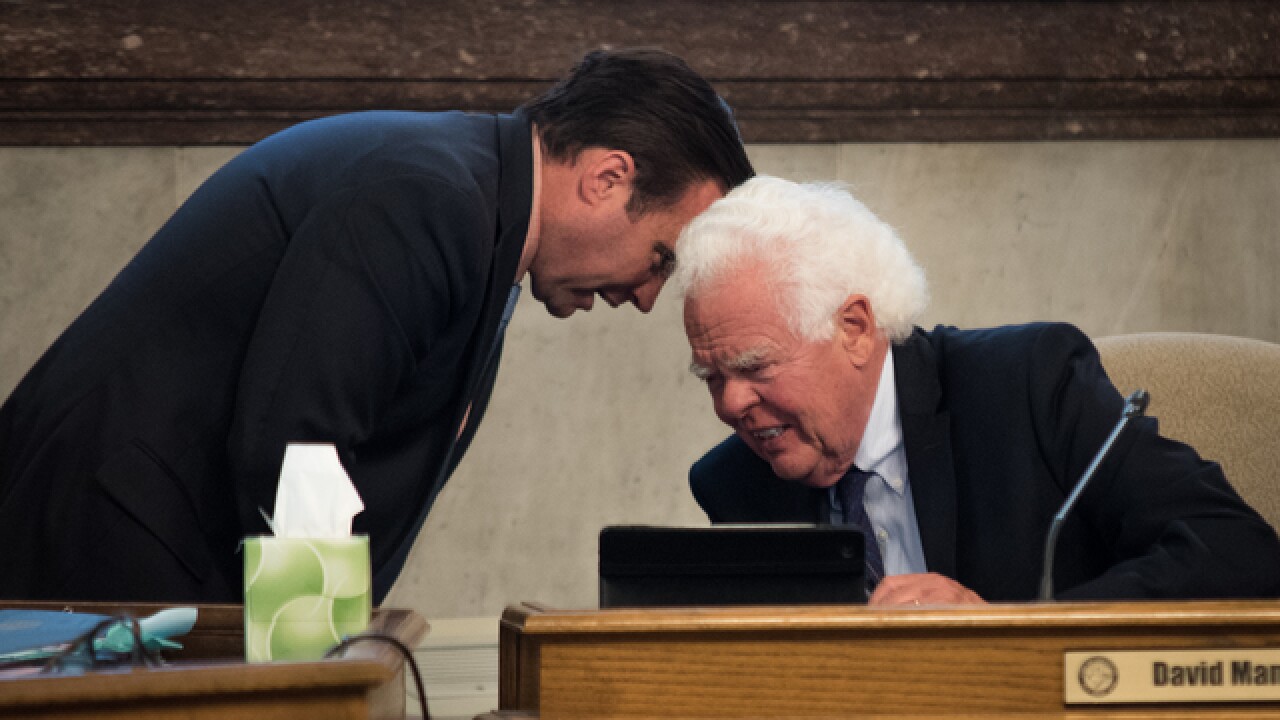 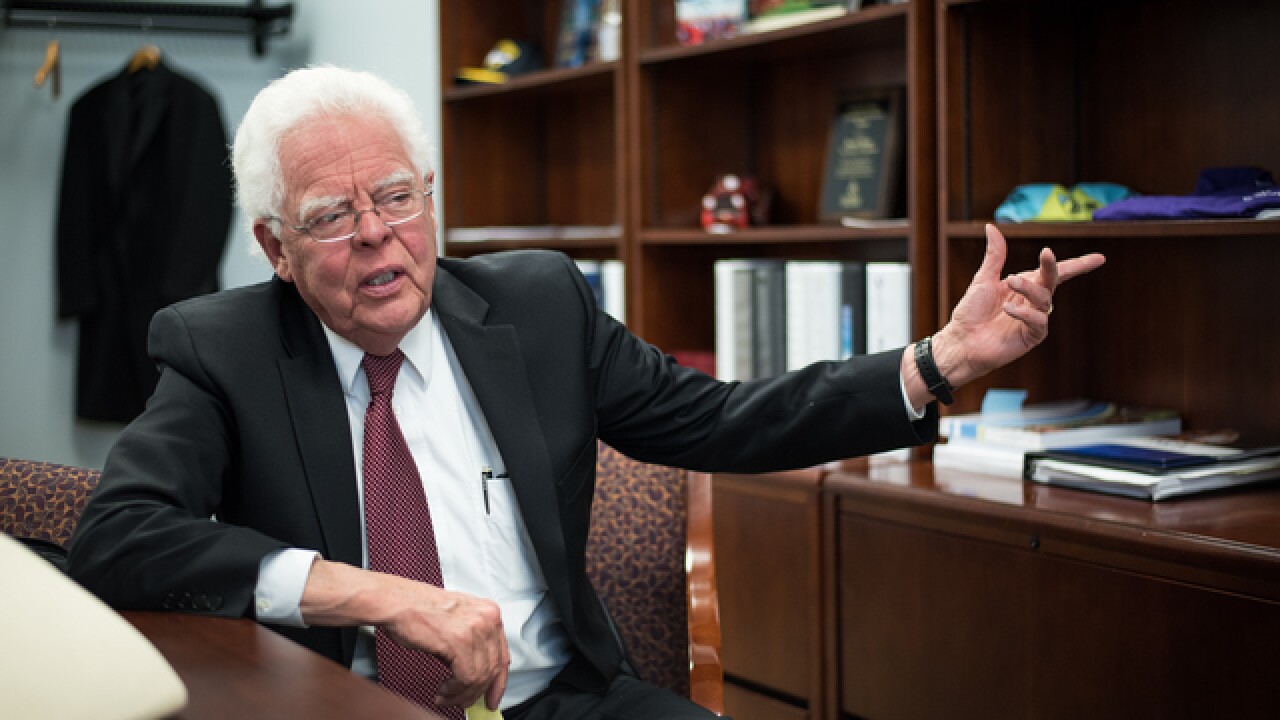 CINCINNATI -- David Mann knew it wouldn’t be easy to return to political life at the age of 73, when some thought he was better suited for retirement than City Hall.

But Mann, a former Cincinnati mayor, councilman and Congressman, missed public service after a break of more than two decades. So in 2013, he made a somewhat controversial decision to run for City Council.

It turns out quite a few Cincinnatians did remember Mann. He got the third-highest number of votes, and weeks later Mayor John Cranley tapped him as vice mayor.

Now 76, with half of his term finished, Mann is considering another four-year term.

“What I do is important; I think I can make a contribution,” he said. “And God willing and health permitting, I’ll certainly consider asking the voters to continue with me.”

Perhaps it is his age – the very thing that drew criticism when he ran against much younger Democrats in 2013 – that has allowed Mann the perspective to emerge as a peacekeeper and dealmaker on City Council.

Through battles over the streetcar, water rate hikes, Over-the-Rhine parking and budget feuds, Mann has quietly brokered the deals that stuck, and in one case saved the city from a government shutdown.

Mann is usually the only council member who attends Democratic caucus meetings. This had been a weekly tradition, but hardly anyone attends since Cranley became mayor.

A rift between the mayor and some council Democrats often leaves Mann to broker between the two sides.

"David Mann has been a stable force on council, at times being the ambassador from council during heated debates with the mayor," said Councilman Chris Seelbach.

Even Greg Landsman, a fellow Democrat who lost his bid for council in 2013 by less than one percent of the vote, supports his former opponent.

“Many of my supporters were initially frustrated that David decided to come back … and that it could hurt a newcomer’s chances of being elected,” Landsman said.

If Mann hadn’t run, Landsman likely would have won.

“I think even those who were skeptical are grateful now that David is on council,” said Landsman, now 39. “David takes what he does very seriously and his responsibilities very seriously. But he doesn’t take himself too seriously.”

“When you have been in charge of a 300-foot destroyer sailing through the night at high speeds while the captain and most of the crew sleep, it is hard to worry too much about other responsibilities that life may present. These experiences gave me a certain calm, I think, as I have confronted challenges of the last 50 years.”

This is what Mann told WCPO in December 2015, describing his time as a young ensign in the U.S. Navy from 1961 to 1965. By chance, his ship was one of the first in Cuban waters during the Cuban missile crisis.

This calm steadiness is perhaps what Mann is known best for on City Council.

He does not raise his voice or launch personal attacks. And he doesn’t take politics personally.

“He’s a gentleman,” Cranley said. “He is an honest broker. He is genuine in his beliefs and you know where he stands.”

Although Cranley and Mann have been on opposing sides, they were able to solve a budget dispute in 2015 that threatened to shut down city government. The compromise: Cranley relented and offered more funding for human services, and Mann gave up his push for city funding for Clifton Market.

“I’m not sure if it's age or just experience,” Mann said. “I guess I’ve learned with time that you’re least effective if you lose control.”

Mann has been in public service longer than some council members have been alive.

When Mann was elected to City Council in 1974, Charlie Taft, son of president William Howard Taft, was the elder statesman there.

“He was about my age, I guess, and he served the same purpose that I do now, I guess,” Mann said. “I kept calling him Mr. Taft and after about a week he said, ‘I’m not going to talk to you unless you call me Charlie.’”

He left council after he won election to Ohio’s 1st Congressional District seat. But his tenure there was short-lived; Mann lost a re-election bid in 1994 to Republican Steve Chabot.

Since then he has focused his attention on his Downtown law firm where he works with his son, Michael.

But he always followed city politics and by late 2012, he was talking so much about it that his wife, Betsy, remembers saying, “Well David, why don’t you just run again?”

He campaigned the old-fashioned way by knocking on doors, visiting churches and riding in parades, all the while half-afraid that no one under age 40 had ever heard of him.

“I think people were surprised at how hard I worked. I was all over the city,” Mann said. “At one point PG (Sittenfeld) said to me, ‘You really are campaigning. You didn’t just assume your name would carry.’”

He religiously climbs the two flights of stairs at city hall, never taking the elevator. He spends time with his 98-year-old mother, still runs for exercise, and takes trips with his grandchildren.

Each week he attends one community council meeting at neighborhoods across the city, always accompanied by his wife of 52 years, Betsy.

He is a leader in the Preschool Promise initiative, which aims to bring universal preschool to the city, and is a member of the childhood poverty task force.

“If all we do is have a renaissance in Over-the-Rhine and The Banks, and we don’t attack childhood poverty, unemployment, rank discrimination, housing disparities, disparities in life expectancy and high infant mortality rates … we have failed as a city,” he said.

Yet Mann hasn’t made a final decision on a second term. Ryan Messer, former president of OTR Community Council, has already hosted a fundraiser for him in February, and David Mann expects to hold one at his house this summer.

“He just has a passion for helping people,” Betsy Mann said. “He just feels this (City Council) is a really good way to reach he maximum amount of people he can help.”

“He’s not doing this for glamor; he’s doing it to be useful to his community,” he said. “David puts the greater good ahead of himself and that’s what public service should be about.”