As local populations change, businesses adapt with more or bigger locations and blueprints 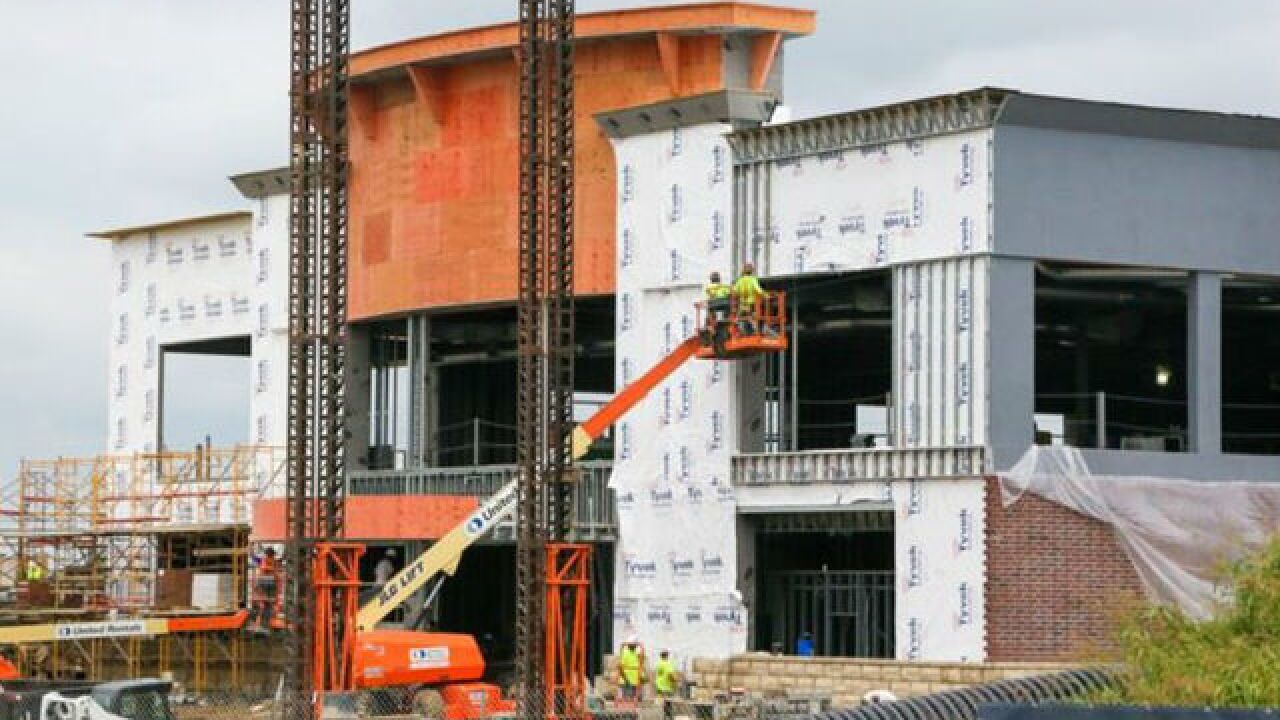 Copyright 2017 Scripps Media, Inc. All rights reserved. This material may not be published, broadcast, rewritten, or redistributed.
<p>Planet Fitness is one of a few businesses adapting to demand from a booming population. Its new Fairfield location will have twice the square footage of other local locations. (Photo provided)</p>

FAIRFIELD – A new Planet Fitness under construction next to Jungle Jim’s will be the largest in Ohio.

“The main focus was to give our members more space,” said John Clancy, managing member for Planet Fitness Midwest.

More of the same features available at other Planet Fitness gyms – including four hydromassage beds, 12 platinum-level tanning units and 120 cardio machines – will fill the additional space.
There will be three two-story locations in Greater Cincinnati – the new Fairfield location, as well as facilities in Western Hills and Fort Wright.

The larger facility is somewhat indicative of the direction the chain is headed and partly a response to the demand of a densely populated area.

“We do have a lot of demand in the Cincinnati metropolitan area,” Clancy said.

“Traffic count is a big deal,” he said.

Planet Fitness is one of a few companies adapting to booming populations in the region. Kroger plans to develop a new Kroger Marketplace at the corner of Tylersville Road and Ohio Route 747 in West Chester. The company also is building a Kroger Marketplace on Ohio Route 4 within a mile of an older location in Liberty Township.

Butler County’s centrality is part of the draw for businesses and potential residents to the area, Kraemer said. Midway between Cincinnati and Dayton with access to Interstates 275 and 75, Fairfield, West Chester and Liberty Township can pull workforces from Northern Kentucky, Dayton, Southeast Indiana and everywhere between.

“I think that’s where Fairfield has a pretty good central focus,” Kraemer said.

Available space and complementary businesses also play a role in where businesses choose to relocate or add locations.

“Obviously, being next to Jungle Jim’s is a positive,” Clancy said.

The international supermarket and surrounding restaurants generate a significant amount of traffic, which will likely benefit the gym, Kraemer said.

\“I think for Planet Fitness, they wanted that location,” he said. “They see that can be a really big flagship location for them in the area.”

While dense populations can be good for businesses, adapting to meet demand can come with challenges.

“I think the No. 1 challenge … is the talent,” Kraemer said. “As they’re expanding, they need that good workforce to increase their products and make sure they stay competitive.”

As companies adjust to high demand, they’re also having to adapt to attract and retain employees through mentorship and incentive programs.

“I think a lot of these companies are coming up with innovative ways to keep their employees happy,” Kraemer said.