As candidates spar over who's best for the environment, Cincinnati's getting greener and greener 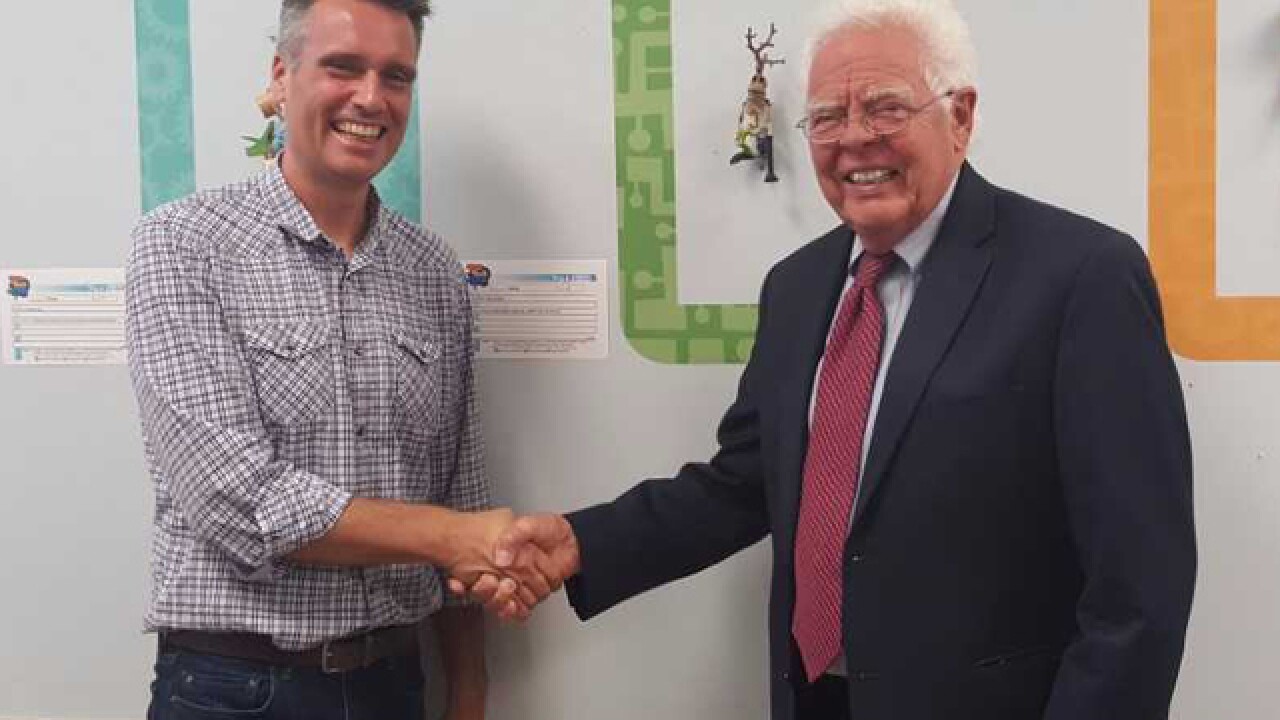 CINCINNATI -- A number of Cincinnatians made their way to City Hall on Friday to view an environmentally friendly art gallery in the office of the city's vice mayor, David Mann.

The gallery represents one of several recent efforts by Cincinnati City Council to highlight Cincinnati as a green city.

The gallery featured art by 15 child artists who visited Happen Inc.'s Toy Lab. All of the material used to create the art was recycled through an environmentally friendly process that Happen Inc. refers to as "up-cycling."

Happen Inc., a Cincinnati-based nonprofit devoted to improving the broader Cincinnati community, has devoted its "Toy Lab" division to teaching children the value of protecting the planet through recycling.

"Happen's Toy Lab is not only structured around the idea of up-cycling, but also brings the subject of recycling to the forefront for young kids," said Happen Inc.'s founder, Tommy Rueff.

Happen Inc.'s Toy Lab demonstrates its founder's belief that protecting the environment is critical to improving the lives of Cincinnati's residents. Rueff hopes to work with city council on environmentally friendly initiatives in the future.

The collaboration between the vice mayor and Happen Inc. marks only one of several recent efforts by city council to showcase Cincinnati as a green city.

Following President Trump's decision to withdraw from the Paris Climate Agreement, an international treaty that requires countries to lower greenhouse gas emissions, Cincinnati joined the "Compact of Mayors," a global agreement of over 600 cities that have agreed to implement many of the goals of the Paris treaty. To this effect, Cincinnati has publicly agreed to measure its emissions and set greenhouse reduction goals with the hope of combating human-caused climate change.

City council members have also highlighted the importance of protecting the environment in their campaigns for re-election.

With only weeks remaining before Cincinnati's Nov. 7 city council elections, the two major mayoral candidates, Mayor John Cranley and Councilwoman Yvette Simpson, are competing to see who can distinguish their name as the greenest one on the ballot.

Simpson, who beat Cranley in the mayoral primary back in May, has criticized the current mayor for not focusing enough on the environment during his tenure in office. Simpson also derided the mayor for appearing to take action on the environment only "six months before the end of his term," in reference to Cranley's recent decision to use solar energy instead of coal to power Greater Cincinnati Water Works.

Cranley has been quick to hit back at Simpson's criticisms, however, by claiming that Simpson is distorting his track record only to score political points.