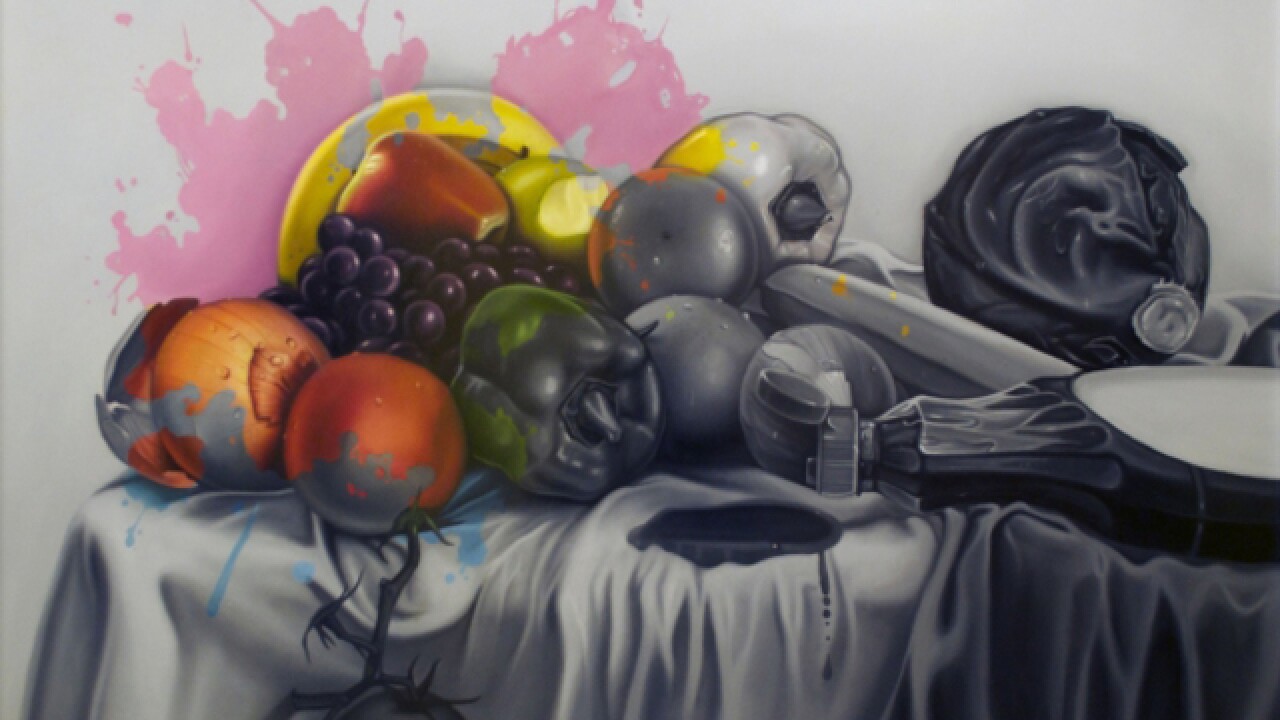 CINCINNATI -- A new traveling exhibition will bring works by Art Academy of Cincinnati students out into the community for the next six months.

The Helms Trust Art Exhibition opens Thursday, May 5, at Graydon on Main, highlighting 10 pieces from the academy’s permanent collection.

“This is the first time we’ve taken them outside the school,” said Joan Kaup, vice president of external relations for the Art Academy.

The free exhibit features works collected by the Art Academy of Cincinnati over the last nine years through the William G. and Mary Jane Helms Charitable Foundation. Since 2007, the foundation has supported the Helms Trust, which is awarded to four students each year.

Foundation members recognize students, purchasing two- and three-dimensional realistic and representational works of art to display at the academy.

In addition to bolstering the school’s permanent collection, the award benefits students financially and by highlighting their work.

“I think I just felt a great sense of honor, to have had something that I put a lot of care and time and meaning into and have that recognized by the trust,” said Helms Trust recipient Katie Koga.

Although students and community members can view the art in a gallery at the school, the distribution of the awards is fairly low-key, Trustee Len Weakley said.

“It’s usually kind of a private awarding,” he said.

Art Academy representatives hope the traveling exhibition will increase visibility of the academy as well as the works created by its students and graduates.

“We just thought it would be nice to take them out into the community,” Weakley said.

Koga, who graduated from the Art Academy in 2008, is one of the 10 artists whose work will get that increased visibility. The traveling exhibition features a figure drawing she did as part of a series inspired by a vintage Red Cross manual.

While she felt honored to be included in the exhibition, the recognition was unexpected.

“So much time had gone by I just sort of, I guess I was pleasantly surprised to be reminded that something I had made that, to me, seems so long ago … is going to be sort of showcased and viewed by new people that I don’t know,” she said.

Like Koga, Fahrudin Omerovic, who graduated from the Art Academy in 2012, wasn’t expecting to be recognized again for his award-winning art.

“I was honestly kind of surprised,” he said.

Omerovic, who received the Helms Trust on two separate occasions, sought to challenge himself by focusing on realism when he created the painting included in the upcoming exhibition.

“I always want to try to create something new, something that hasn’t been done before,” he said.

His painting is a still-life image of fruit in black and white, with color filling a portion that appears to have been splashed by water.

“It’s kind of like you added a touch of life to that image,” Omerovic said.

The Helms Trust Art Exhibition will be on display for a month each at six locations from May through October.

Three venues slated to host the exhibition are locations where the Art Academy offers community-education classes. The others are three corporate lobbies in Over-the-Rhine and downtown Cincinnati.

“We wanted to make a connection to our corporate citizens and to our friends in the business world,” Kaup said.

After its initial opening, the exhibition will remain at Graydon on Main through the end of May. It will then move to Clifton Cultural Arts Center in June, followed by The Center at 600 Vine in July, Sharonville Fine Arts Center in August, Mariemont Barn in September and Western & Southern in October.