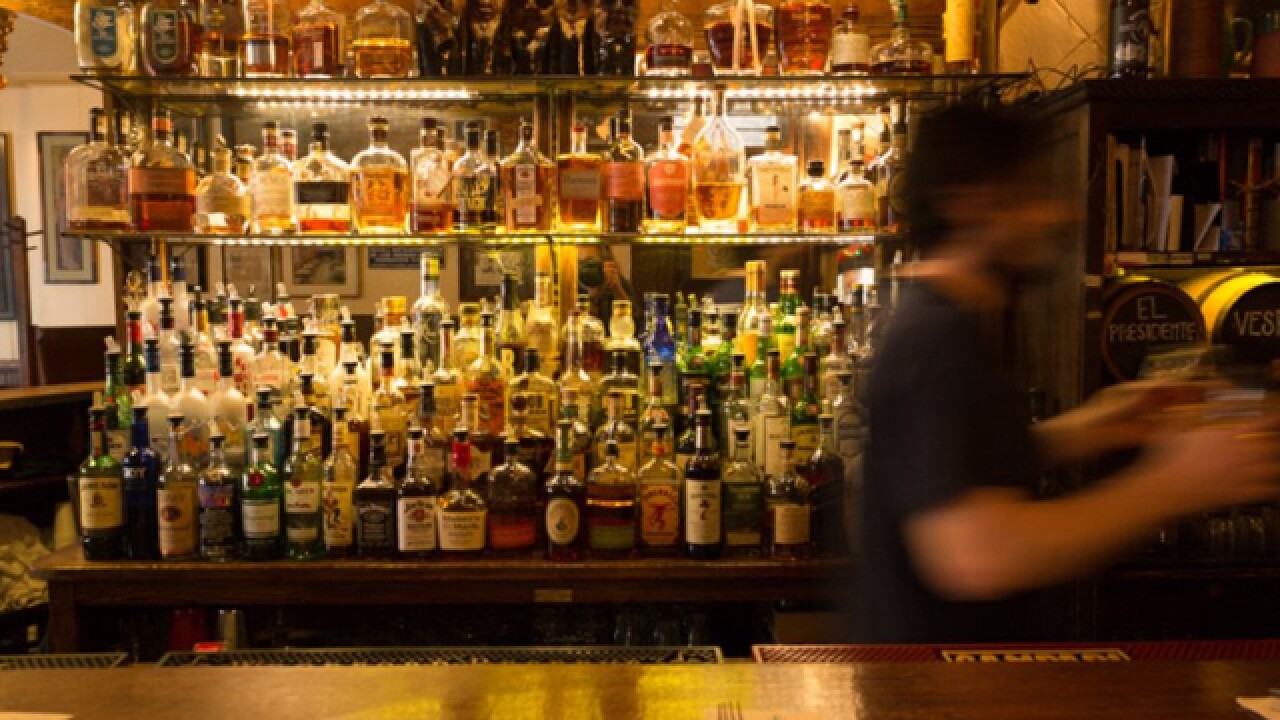 WCPO originally published this story in 2015 and has brought it back as part of our special coverage of local legends leading up to Halloween. For more real-life stories of the "paranormal," go to wcpo.com/haunted.

CINCINNATI — It’s another late night at Arnold’s Bar and Grill, and a man is running full speed down the stairs from the second-floor bathroom.

He’s pale and sweating. Between deep breaths, he tells his friends, “Let’s go.”

Chris Breeden, a manager at Arnold’s, isn’t sure what the customer saw. But he has a pretty good idea.

“This actually happens a lot,” Chris said. “Customers will come down from the second floor really scared — like freaked out — and they’ll ask, ‘Is this place haunted?’”

Each member of the staff at Arnold’s — the oldest bar in Cincinnati — has their own way of coping with the answer to that question.

Some employees won’t use the women’s bathroom after hearing noises late at night. Others refuse to visit the third floor for the same reason.

Then there are the few workers that embrace it.

“We have a bartender who has worked here for many years, and she will leave a shot of Jameson on the bar,” said Chris’ wife, Bethany Breeden. “Especially if weird things are happening. She’ll leave a little booze out.”

Established in 1861, Arnold’s Bar and Grill, at 210 E. Eighth St., has a rich history that spans generations of owners and patrons.

“A lot of people can think what they want to think, but there comes a point where you have to accept it,” she said. “Certain things keep happening here that just can’t be argued with.”

Last Call for the Dead

Each Arnold’s employee is no stranger to a door shutting on its own, a light turning on or the occasional pounding on the wall when there’s no one there.

Chris claims he was closing the bar at about 2:30 a.m. a few years ago when he heard something slam against the women’s restroom door.

Bethany claims shadows shoot past her while she’s working alone on the second floor. She’ll often hear movement on the stairs long after the bar has closed.

While washing her hands in the bathroom one night, Bethany said she felt something tap her on the shoulder.

“I jumped and I whipped myself around, and there was no one there,” she said.

Bartenders and customers have witnessed wine bottles fly off the bar shelf — even when there’s no one behind the counter to knock them over, Ronda said.

“They don’t just fall off,” she said. “They kind of go straight out and then go down. A lot of people have seen it.”

“We had a voice recorder set up in the third floor and we asked, “Are you here because of somebody that worked here?’ And we heard something respond with the name Chris,“ Howard said.

The recorder was set up outside Chris Breeden’s office, he said.

Ronda, her son Chris and daughter-in-law Bethany said they know they sound a little crazy.

The noises at night could easily be the creaks and groans of an old building. The shadows might just be tricks of the imagination. But there’s one thing the group has trouble explaining.

Ronda said Steve was the best-dressed chef in the city because he always would wear a pristine white sweater and hat to work — and somehow manage to leave spotless at the end of the day. He also loved to stand out front during his break to smoke a cigarette.

So when someone asks Ronda about a strange man outside — something that happens often — her heart sinks.

“Different bartenders will say, ‘Did you see that guy standing outside?’ But there will be nobody there,” Ronda said. “They’ll say the man was wearing a hat and staring inside. They’ll describe Steve.”

Ronda said she doesn’t know who or what is “haunting” her bar.

She bought Arnold’s in 1999, and since then has become a “believer” in the paranormal.

“Maybe it’s the Arnold’s family looking over us. Maybe it’s more,” Ronda said. “They say spirits come and go, so maybe Steve is just our latest spirit. He’s watching over us.”

Chris said his family doesn’t use the haunted notoriety of Arnold’s as a selling point. The staff didn’t ask paranormal groups to investigate. The “ghost hunters” contacted the bar on their own, he said.

It’s the bar’s long history with Cincinnati and the building’s old charm that keeps the business alive.

Since taking ownership, Ronda said she has renovated parts of both buildings. Each upgrade is done to replicate the 19th-century style.

Every change is almost unnoticeable, she said.

“We can keep everything the same as long as we update the food, the booze and the bands,” Chris said. “That’s how we succeed.”

When it comes to the bar’s supposed paranormal offerings, Ronda said she isn’t scared or worried. She sees it as a good omen.

“For this place to survive as long as it has, I just feel like it is protected,” Ronda said. “There are a lot of reasons over the years the business should have failed, and it didn’t. This whole place is just really special.”

For more local stories about the paranormal, go to wcpo.com/haunted. There, you'll find stories like:

- Inside the 'haunted' tunnels under the West Side

- Hamilton mom: I live in a murder house