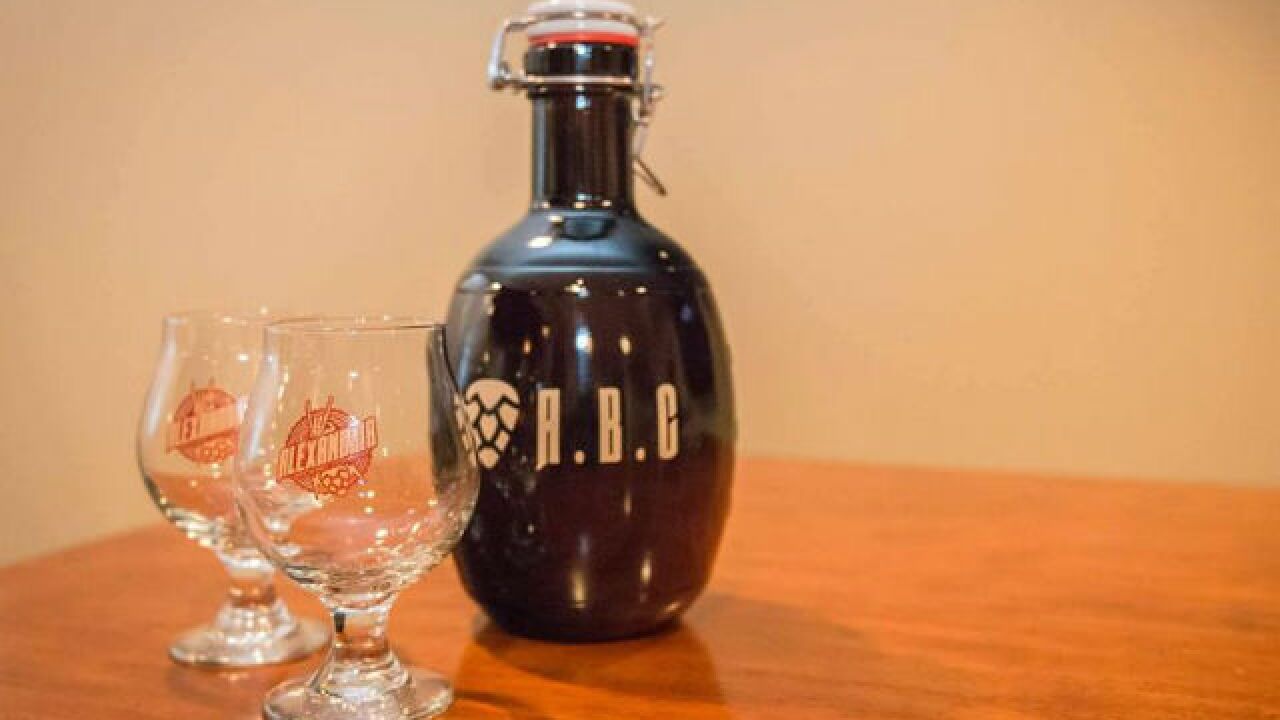 It has been a long journey to get here, but Alexandria Brewing Co. is launching its Kickstarter fundraising campaign on July 5.

The brewery, which hopes to open in 2017, is the brainchild of Andy Reynolds, a Siebel Institute-trained brewer and Army veteran.

“My wife, Ann, is an Orth, and our goal is to wind up in Alexandria,” Reynolds said. “That’s why we chose the location. I love it out there. We have land, and I grow hops there. That’s where she’s from, and her family lives there. I’m from Milford, and Alexandria is kind of where Milford was when I was a kid. In Alexandria, everybody knows everybody.” (The Orth family founded Orth Concrete in Alexandria.)

That’s one definite advantage in location -- not to mention Alexandria doesn’t currently have a microbrewery. But Reynolds' story is much deeper than that.

While serving in the Army, Reynolds was able to “discover” beer while stationed in Germany. It opened his eyes to different styles and tastes. He also brewed cider while overseas.

“We started making hard cider,” he said. “We would buy apple juice, poke a hole in the top, put in a small amount of wine yeast, not even a package’s worth, and put a medical glove on top. I didn’t really know what I was doing, but it got me into brewing.”

After being wounded in Iraq, Reynolds was able to go to the beer school at highly regarded Siebel through the Department of Veterans Affairs' vocational rehab program. In order to be approved, Reynolds had to submit a plan to the VA.

“They call it a career learning path, and my counselor said it was the most intense thing he’d ever read,” Reynolds said. “I’m a huge nerd – if I’m into something, I’m really into it.”

He called the program the most strenuous learning process of his life, but it left him ready to open a brewery. Reynolds is an avid reader who is usually into three different books at once, but the wounds he sustained overseas made learning a challenge for the first time in his life.

“I spent four to five hours studying a night,” he said.

But he persevered, even participating in a group project where he identified problems at an existing brewery and offered solutions. Then, life struck again.

In 2012, as he was preparing to open his own brewery, Reynolds was hospitalized with chronic pancreatitis. He spent six months hospitalized off and on over the next two years and had several precancerous polyps removed.

“That was a rough time for us,” he said. “The doctors said it was good, because if they hadn’t caught it that would have led to colon cancer.”

The health setbacks are behind him, and Reynolds has been “working like crazy” to get his Kickstarter campaign – and beer – ready to go. The campaign will help the company secure funding for a site, which Reynolds said he has picked out; however he cannot disclose the specific location for legal reasons.

One of the beers, Brothers In Arms, a Russian imperial stout, will have a portion of its proceeds go to the Wounded Warrior Project. Reynolds is involved with Wounded Warrior as a peer mentor.

“Our flagship beers will not be IPAs,” he said. “We will offer a white IPA as often as possible for people who like the style.”

A fan of Belgian styles who discovered craft beer in Germany, Reynolds also plans to offer a Belgian tripel, a Belgian quad and a Berliner Weiss regularly. Some of those styles lend themselves to higher ABVs, which was also a factor in Reynolds’ decision to open in Kentucky as opposed to Ohio. Ohio only recently lifted its restrictions on ABV for beer.

Reynolds said the styles will open some eyes – and palates – for beer drinkers in the area.

“There’s been an association in America with what we’re supposed to drink,” Reynolds said. “The attitude is, ‘This is American beer, and this is what you drink when you turn 21.’ We’ve got to break that, and people are starting to do that more and more.”

Plans for the brewery include a family-friendly (and dog-friendly) atmosphere, and possibly a shuttle to and from the Cold Spring area.

Reynolds has partners in Brad Martin, chief operating officer, Brian Fish, chief financial officer, and Erin Hafertepen, who is helping with sales and marketing. He relies on their input for beers, in addition to their respective areas of expertise.

“One of the things we learned at Siebel was to get everyone in the brewery involved in your tasting for quality assurance,” he said. “Everyone has a different palate, and good quality assurance is taking your beer and saying, 'We can’t serve this.'”