Are you ready for Festivus? WinterFest? How about a special holiday dinner or crafts show?

One of these 9 activities is for you 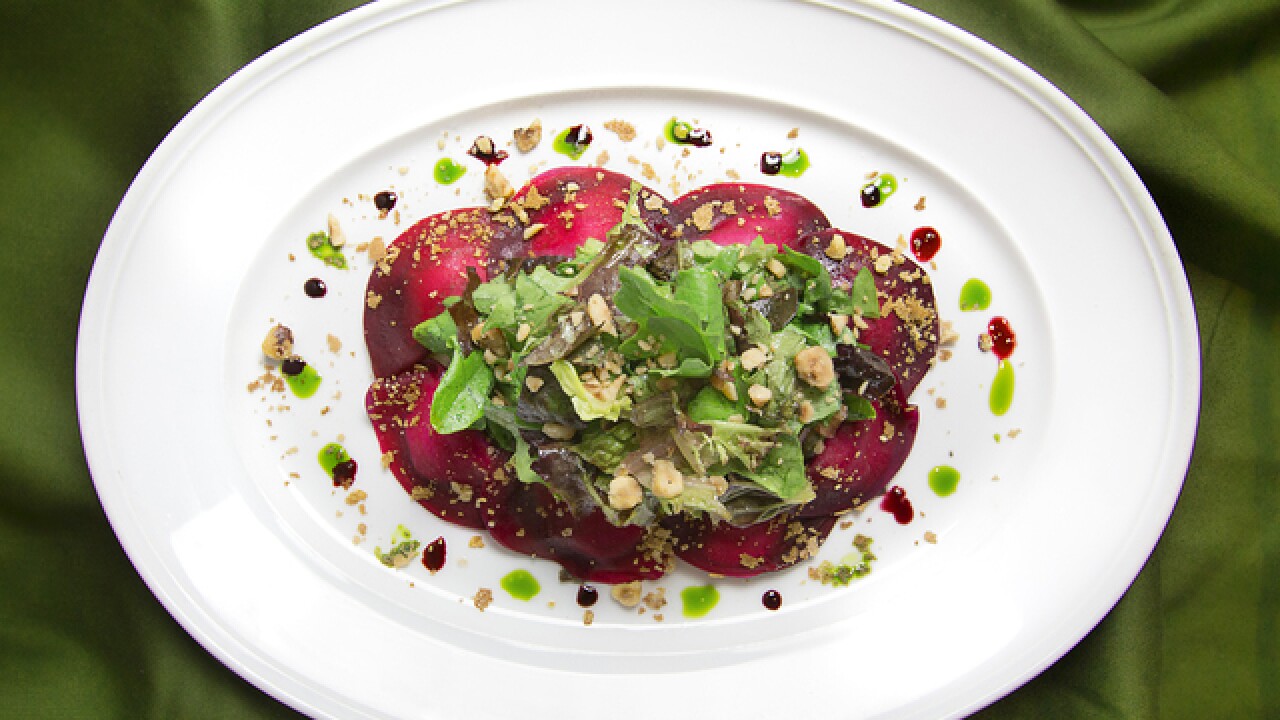 The holidays are in full swing, but that doesn't mean life has to be stressful for the next couple of weeks. In fact, a score of Cincinnati activities can turn any Grinch around.

After a long respite, WinterFest is back with fun for the whole family (and out-of-town guests). Craft shows, special dinners and lunches and pop-culture bars will get you in the spirit, and so will a Festivus celebration.

Space might be limited for some of the dinners and lunches, so get your reservations now. Baby, it's cold outside, but Cincinnati is just warming up.

The City Flea and Art on Vine Holiday Markets

Find last-minute gifts (and merriment) at this weekend's Over-the-Rhine holiday markets. On Saturday, Dec. 16, The City Flea hosts its final market of the year, this time at night.

From 5-10 p.m., watch as Washington Park is transformed into a Winter Wonderland with more than 100 vendors. Coffee Emporium will keep the coffee and hot chocolate piping hot, and local food vendors Empanadas Aqui, Babushka Pierogies and Lil's Bagels will offer some grub.

The next day, Rhinegeist's monthly Art of Vine event takes place, from noon to 7 p.m., at the brewery. Around 60 local and regional artisans will vend their homemade goods, ranging from coffee to knits.

Grab one of Rhinegeist's award-winning beers, sample food from Sartre's kiosk inside the brewery and shop till you drop.

NSYC isn't exactly presenting a holiday pop-up, but what could be better this time of year than a steaming warm bowl of ramen to soothe the soul?

Former Kaze chef Hideki Harada and his wife, Yuko, will open their storefront Japanese restaurant, Kiki, next year in College Hill, so the couple is giving it a go on Mondays in December at NSYC. So far, the menu has consisted of two ramens -- one meat, one vegetarian -- and two kinds of cocktails.

Special drinks include the Kiki Tiki cocktail (gin, lavender, lime, sparkling wine and lychee), and hot cider combined with your choice of spiced rum or bourbon. You can also order from the NSYC's regular food and drink menus. The event has been popular, so it's recommended to get there early or risk them selling out. The final ramen date will be Dec. 18.

The items are also available on their Boca's dinner menu, but Boca isn't open for lunch or for Sunday dinner, which makes the events extra special. Boca will be closed on Christmas Eve, Christmas Day and New Year's Day but will be open for a $95/per person four-course New Year's Eve celebration.

The Presidents Room Feast of the Seven Fishes

Every Christmas Eve, places in southern Italy observe something called The Vigil (La Vigilia), which is a feast comprising at least seven types of seafood.

The Presidents Room prepares its grand Seven Fishes tour of Italy on Dec. 23. Patrons will receive seven courses for $95, with wine pairings costing an additional $25. A reception at 6 p.m. will lead into the 7 p.m. dinner. The first course contains hors d'oeuvres, such as butternut squash cannoli and sea urchin toast with foie gras. Other courses include: brodetto tonnarelli, a fish stew; prawn salad; sea bass; and, for dessert, a tiramisu with duck egg sabayon (custard) and Turkish coffee gelato.

Reservations are required, and the restaurant will not be able to accommodate seafood allergies. For reservations, call 513-721-2260.

According to Seinfeld lore, Dec. 23 marks Festivus, a holiday Frank Costanza invented in the famous episode "The Strike", which first aired on Dec. 18, 1997.

The unofficial holiday has flourished as an alternative to the commercialism of Christmas. On the exact date of Festivus, Northside dive bar C&D Northside will throw a Festivus-themed party, replete with a Festivus pole, the Airing of Grievances, Feats of Strength, a potluck dinner and, as always, Old Style on tap for $2, happy hour, free pool, board games and pinball. It's a Festivus for the rest of us!

If you miss the brunch, Mita's will also have a New Year's Eve dinner. Make reservations online.

Overlook Lodge and Video Archive co-owner Jacob Trevino had a genius idea to turn his bars into holiday-themed pop-ups, contrasting the light and darkness of the holidays. At the Video Archive, he gives the 1993 Tim Burton film "The Nightmare Before Christmas" the bar treatment.

To enter the bar, you must first tell a joke to the attendant, who will open the door for you only if he doesn't know the punchline. Video footage of an actress playing Sally screens on a loop, alongside "holiday" films like "Gremlins."

The 10 cocktails reference "The Nightmare Before Christmas," such as Deadly Nightshade. It's a clear skull filled with citrus-infused vodka, holiday-spiced cranberry juice, soda and lavender smoke pouring out of it. Santa Jack is made with espresso, candy cane-infused vodka, iced hot chocolate and marshmallows, and the Dr. Finkelstein is winter-spiced shochu and Earl grey tea.

Miracle at The Overlook Lodge

Over at the cozy yet murderous The Shining-themed Overlook Lodge, in Pleasant Ridge, axes are now covered in wreaths and "A Christmas Story" lamp lights dangle from the mantle. "Gremlins" is replaced with "Bad Santa" and other holiday movies playing on the TVs.

Kings Island operated WinterFest from 1982 to 1992. It returned briefly in 2005, but then took a 12-year hiatus. Now, it's back, and this time they have Smurf-blue hot chocolate.

More than 5 million lights illuminate 180 acres of the park, and the 314-foot Eiffel Tower is now a giant Christmas tree. Rides in The Coney Mall, Action Zone and Rivertown are open, including new roller coaster Mystic Timbers.

The International Restaurant, overlooking the ice skating rink on the Royal Fountain, offers a buffet ($24.99 for adults, $14.99 for 12 and under and $19.99 for pass holders) and features ham, turkey, seasonal sides and the aforementioned Smurf hot chocolate, a nod to the park's Smurf-blue soft serve.