How this woman went from hungry child to CEO 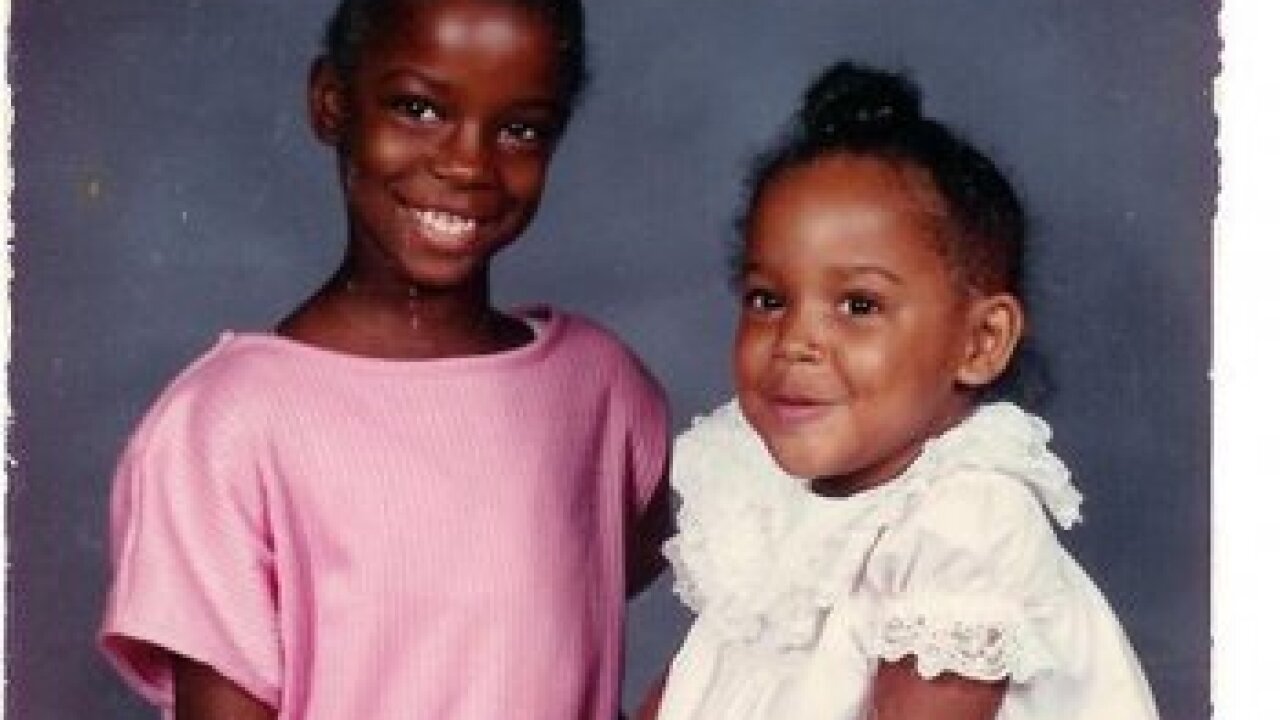 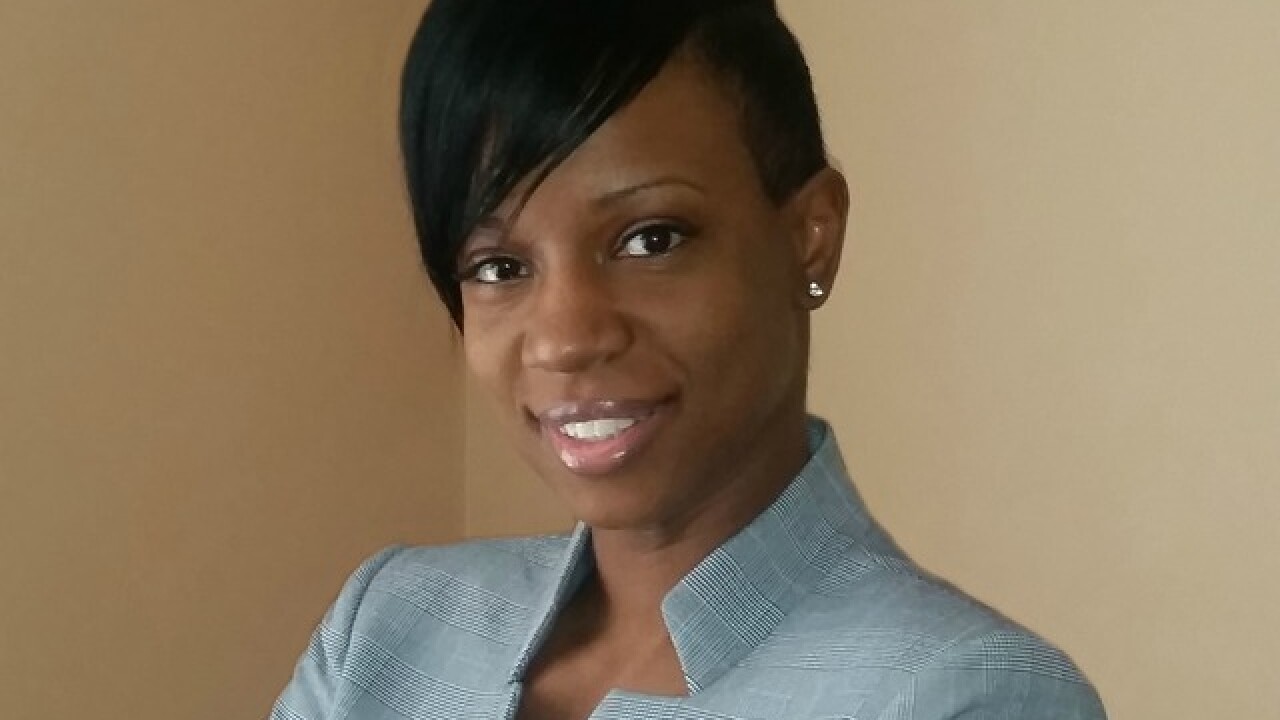 But she remembers clearly being a 7-year-old girl so desperate for food that she walked her younger brother and baby sister to a nearby Kroger where they swiped apples to eat in the store's bathroom.

The story of how she grew from a hungry child to a successful entrepreneur is one of drive, faith and a fierce determination to succeed.

"It was just God's will," said Ferguson, who is 38. "I don't really know any different. Just figure it out."

Now she and her business partner, April Morrison, are helping other families figure it out through their "Never Broke Again" financial coaching program. The program is aimed at low-income and moderate-income families and teaches them how to improve their credit and reach their goals.

It's an example of how Ferguson has found a way to use her own experiences to help others avoid the same struggles, said her sister, Alena Smith.

"A lot of people use their pasts as crutches. But April has been able to use those blocks as stepping stones," Smith said. "God puts us in certain situations to prepare us for our future."

As much as Ferguson credits her faith and family for where she is now, though, it took a lot of hard work on her part to get there.

Ferguson's childhood was so difficult largely because her mother was a paranoid schizophrenic, she said. She had no relationship with her father at all.

Her mother's mental illness often made it difficult for her to care for her children, Ferguson said, and she often didn't send young April to school.

Family members didn't recognize the problem at first, Ferguson said, because her mother had been a high school cheerleader who graduated second in her class, went on to college, got married and had children — all as expected.

Smith remembers those struggles, too.

"I do remember being hungry one time to the point where we just went to sleep," said Smith, who is five years younger than Ferguson. "I remember April just watching over us. She was always like a mother to me."

Ferguson, Smith and their brother, Darryl Smith, were finally removed from their mother's care and went to live with their grandmother when Ferguson was about 10.

"She didn't have much, but she promised we'd never go hungry," Ferguson said of her grandmother. "We never had the nicest clothing or anything, but we never went without."

By that time, Ferguson had missed a lot of school and couldn't read.

A teacher at Hartwell Elementary School stayed after classes with Ferguson and had her practice reading the dictionary. She did that every day for two and a half years.

Although Ferguson agonized over words and letters, numbers were another story. That's because she had a cousin who was 10 years older and used to do her math homework at Ferguson's apartment.

"She would look in her math books and give me problems and would teach me how to do it," Ferguson said. "I love puzzles. It was a big game for me."

Even before Ferguson could read well, she was winning math races and solving problems faster than anyone else in class, she said.

Ferguson was so good in math that her teachers encouraged her to take the entrance exam for Walnut Hills High School.

Ferguson was scared, but her grandmother pushed her to do it. She failed the test the first time but took it again and passed.

"I told my grandma I didn’t want to go," she said. "I didn't think I would be able to survive."

Ferguson's grandmother let her attend Shroder Paideia High School for seventh and eighth grades, where Ferguson said she was at the top of her class.

She started at Walnut Hills in ninth grade and struggled all over again in English, history and art history — classes that required lots of reading.

"What I like about Walnut Hills is that they don't baby you along," Ferguson said. "I could go home and read it four times if I needed to understand it. I worked really hard."

Ferguson had to attend summer school after her freshman year of high school. But by junior year, she was on the A-B honor roll.

Ferguson got a scholarship to attend University of Cincinnati right after high school, but the environment proved to be too much.

"My grandma had us in church five days a week," she said. "I went to UC for one term and was not ready for it."

Still, Ferguson kept working, just as she had been since she was 15. And she felt like she was making her way just fine until she had her son when she was 21.

She knew that her income was low enough to qualify for government assistance so she went to get a voucher for WIC, the special supplemental nutrition program for women, infants and children.

Her son was still in the hospital and very sick, and doctors told her she needed special formula for him. But the people at the WIC office told her they couldn't give her the formula the doctors had recommended. If she wanted to use the WIC voucher, they said, she would have to give her baby the formula it covered.

Ferguson decided right then that she did not want to ever rely on government assistance for support, she said.

She went back to work less than a month after her son was born.

"I had to work," she said. "I wanted to make sure I never put myself in a situation where I didn't have a steady place of residence."

Ferguson got a job working for Richard Chamberlin's mail processing company when her son — who is now 16 — was just two months old.

She started as a bookkeeper and receptionist and eventually became the office manager.

"By the end of her time with us, she really could run the whole place," Chamberlin said.

Chamberlin encouraged Ferguson to go back to school, and he even funded her education. She got an associate's degree from Cincinnati State, a bachelor's degree in accounting from UC and eventually earned her certified public accountant license.

"Every once in a while, you run across somebody who you see that their heart's in the right place, and they're willing to put in the effort to succeed," Chamberlin said. "She is one of those people. She cares about other people, she wants to be of service, and she wanted to develop her talent so she could do that."

Ferguson started Apro Accounting as a part-time business back in 2004 while she was working for Chamberlin. She prepared taxes for her customers, all the while keeping her full-time job.

April Morrison became Ferguson's business partner in Apro a few years ago, and revenue started to grow. The small company's business doubled when Morrison started preparing tax returns, too, and Ferguson decided to leave her other job and work full-time at Apro's Springdale location in 2015.

She added a second location in Mount Airy this year, and Morrison, Apro's chief operating officer, manages that office.

Morrison first went to Ferguson for help starting her own home health care business. She decided she wanted to work with Ferguson after seeing her in action, Morrison said.

"She is steadfast and loyal and hardworking," Morrison said. "She brings positive energy, even when things aren't going the way we hoped. She says we have to stay positive."

Apro Accounting has grown to six employees, including Ferguson and Morrison. And the two Aprils have helped dozens of people through their Never Broke Again program.

Curtis Summers is one of them.

Summers grew up with Ferguson and sought her help after he kept having trouble establishing good credit.

"It just seemed like everything I was doing, I wasn't getting nowhere," he said. "I was staying at a low score range of 450. I had a car and was making payments. My score just never went up."

Ferguson told Summers the steps he had to take to boost his credit score and lay the financial groundwork to attain his goal of buying a house.

"Everything she told me to do, I followed her. And I saw a significant difference in my credit score within a month," he said. "I couldn't believe it."

Before long, Summers' credit score had improved to 750. (A good credit score typically ranges between 700 and 850.)

"It was just a remarkable turnaround," he said. "I bought my first home last year."

For Ferguson, helping people like Summers is her mission.

"Nothing makes me feel better than when somebody texts me a picture of their home," she said.

It's all about helping people see beyond poverty and what they perceive as limitations, Ferguson's sister said. Just like Ferguson has.

"She's tapped into what her purpose is in life — to help others," Smith said. "And she's operating in that."

Apro Accounting will host a free seminar called "All you need to know about credit for free!" from noon to 1 p.m. April 16 at Apro Accounting 5556 Colerain Ave. in Mount Airy. For more information call (513) 448-1280 and select option 2.