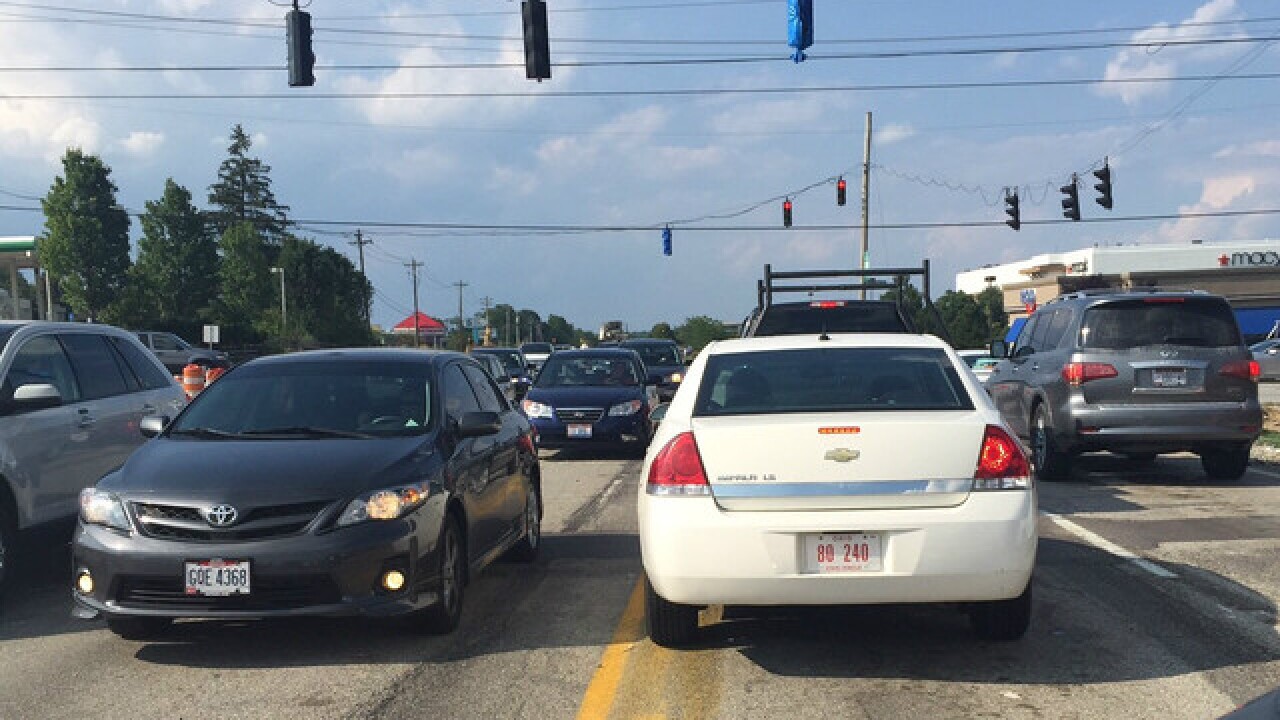 Anderson Township drivers -- or anyone crossing the Beechmont Avenue and Five Mile Road intersection -- should have some relief by the end of the week.

Steve Sievers, Anderson assistant administrator for operations, said the Ohio Department of Transportation has agreed to makes changes during construction that will help drivers be less confused. The city is hopeful the change will occur by Friday.

Those changes will be:

Construction at the corner has been ongoing, but lanes on Five Mile Road were reduced at the end of June, said Sievers. A few weeks later, the light signals were also changed as part of the construction plan, but the change, especially on Five Mile going north and south, have been confusing to drivers.

Drivers turning left on Five Mile have not had a green arrow to indicate that they can turn. Drivers had a green arrow prior to construction. But traffic on the street moves through the intersection one direction at a time, so drivers can turn left in front of oncoming lanes safely, said Sievers.

Without the arrow, drivers turning left onto Beechmont have been hesitating, contributing to already slowed traffic because of construction delays.

Drivers turning left onto Five Mile Road from Beechmont can continue to turn left after the arrow changes into a solid green ball. The difference is that traffic going east and west on Beechmont crosses the intersection at the same time. Cars turning left at the green ball light will need to yield to oncoming traffic.

Construction at the corner is expected to be complete in November.