Analysis: Kroger isn't trying to be Amazon, just beat it

CFO: We're doubling down on food 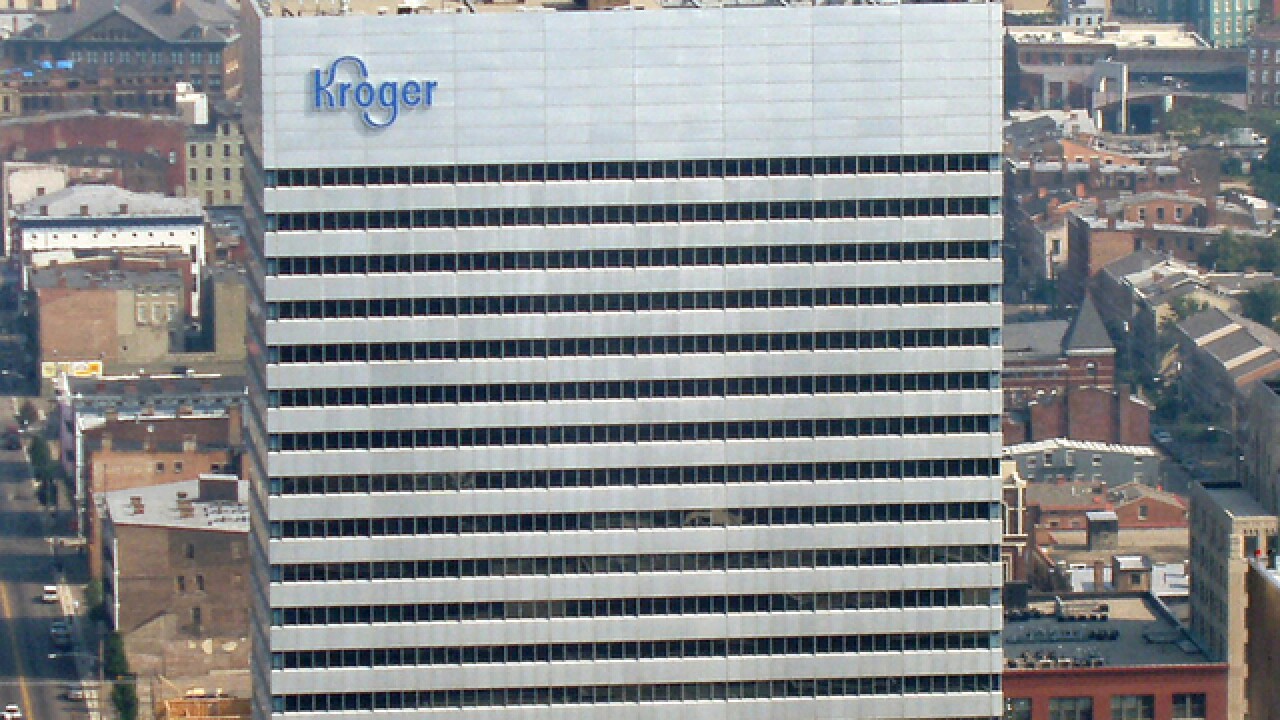 CINCINNATI -- If Kroger customers trust the grocery chain to deliver their tomatoes and Tide detergent, why not TVs, T-shirts and Tramadol?

Wall Street analysts explored the topic with Kroger executives Thursday as the company revealed that it now offers home delivery from 300 stores.

“In some places we already offer (pharmacy) delivery,” CEO Rodney McMullen said. “If it becomes something that’s more important, we’ll be able to leverage it on the infrastructure that we’re putting in place with ClickList.”

Kroger surprised investors with better than expected profits and same-store sales growth, defying skeptics who predicted that online giants like Walmart and Amazon would steal market share from the 2,800-store chain.

“Our 84.51 and pharmacy teams are really working hard, our health and wellness team is working hard on how do we help customers eat healthier on their terms because we know what flavor profiles people like,” McMullen said. “We're actually doing things now and testing with our associates and once our associates give us feedback then we'll expand and provide that to the customer as well. So we really feel good about the opportunity going forward.”

A CNBC report this week said Amazon is talking to generic drug companies about entering the healthcare market, either as a drug wholesaler or a retail seller of generic medications. Whether that happens or not, Kroger has a big head start on Amazon as a health care provider – with its 2,000 retail pharmacies and more than 200 Little Clinic locations.

When it comes to e-commerce, Kroger remains a tiny David to the industry Goliath Amazon. But it grew digital revenue by 109 percent in the just-announced third quarter, driven by the rapid deployment of ClickList and home delivery.

McMullen said Kroger will have 1,000 ClickList locations by year end, where customers can order online and pick up their grocery orders at the store. That means it roughly doubled its total in the last year. It’s also partnering with Instacart, Uber, Roadie and Grocery Runners in Cincinnati to quickly expand home-delivery options, which are now available in 300 stores.

But it isn’t just adding stores as quickly as possible. Instead, McMullen said, it’s looking for stores where the service makes sense.

“We use our (data) insights to understand in some places it just wouldn't make sense,” he said. “There are some stores where we would like to have it but we just don't have the physical space.”

As it adds locations for ClickList and home delivery, Kroger is refining how it fills orders and monitoring whether it makes customers more loyal. The goal, McMullen said, is to develop a “seamless” set of online and in-store options that deliver more consumer food dollars to Kroger.

“Everything we're seeing in our data and in customer behavior tells us Kroger's transition to seamless is working,” McMullen said. “Today, households that engage in our seamless offerings, engaging digitally and with our physical stores, spend more per week than households that do not.”

So, there are limits to Kroger’s digital expansion strategy, as indicated by this edited exchange between Wolfe Research analyst Scott Mushkin, McMullen and Mike Schlotman, Kroger’s chief financial officer:

Mushkin: If I was going to go and buy a TV or something from Fred Meyer up in Seattle, can I get that delivered?

Schlotman: Not every customer wants things delivered to their house. They're still enjoying excitement of going out and shopping for things … We're doubling down on food and making sure that we're doing everything we can on food. We will start addressing things just beyond food but, first of all, we just want to make sure that we got food positioned appropriately.

Mushkin: The CEO of HyVee was talking about maybe these big stores don’t work. They’ve stopped going into Minneapolis with (bigger stores) building actually two fulfillment centers. Do you worry a little bit about the asset and that the center of the store is going to transition more and more online?