Son of Iranian dissident sees hope and peril on horizon 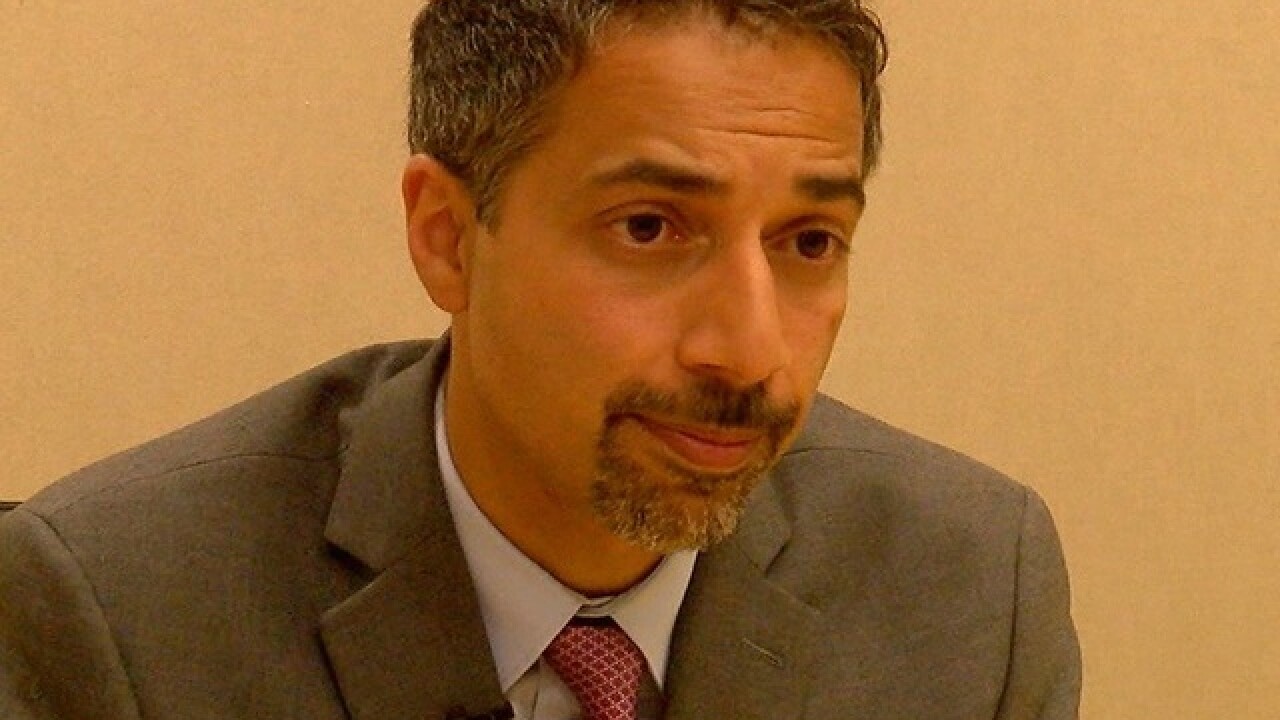 CINCINNATI -- The United States is missing out on billions of dollars in trade with Iran that could simultaneously boost American exports and boost democratization efforts in Iran.

That's the message that Trita Parsi , president of the National Iranian American Council, brought on a visit to Cincinnati. He's promoting a new book, " Losing an Enemy: Obama, Iran and the Triumph of Diplomacy ."

Parsi, whose father was jailed by the last shah of Iran and Ayatollah Khomeni after the Iranian revolution, also warned that relations with Iran are at a perilous crossroads.

He fears that a lack of communication since Secretary of State Rex Tillerson took his post could help spark a wider war within six months because of the worsening civil war in Syria. The U.S. is supporting rebels while Iran and Russia are supporting the Syrian dictator, and all sides are fighting in close proximity.

"The American public is preoccupied with many of the other crises happening in this country and not realizing that we're on a path toward a major international conflict involving the U.S.," Parsi said. "Not just against some minor enemies in the (Middle East) region but potentially even Russia."

Parsi sat down for an interview at WCPO Monday before speaking to the Greater Cincinnati World Affairs Council and the European American Chamber of Commerce , which arranged his Cincinnati visit.

Parsi himself has not traveled to Iran since 2005 due to his unpopularity among Iranian hardliners. They are unhappy with his push for democracy in general and his organization's support of the nuclear deal specifically.

But he said Iranian society is pushing back at the ballot box against the theocrats in charge. In the May national election, reform candidates dominated local elections, he said.

"They reelected the most moderate person on the ballot, their current president (Hassan Rouhani)," he said. "There were also municipal elections, and the reformists actually crushed it in those elections and (won) the entire slate in some of the major cities. And the number of women who were elected was four times higher than it was four years ago."

Parsi pointed to one successful municipal candidate who ran in opposition to the patriarchy with a campaign slogan, "Let's elect more women."

European and Asian competitors moving in

The 2015 nuclear deal lifted the U.S. sanctions against other countries that did business with Iran, which allowed them to increase trade. But U.S. companies still aren't allowed to do business there, with notable exceptions.

That means that China, Russia, the European Union and India have swooped in to sell their goods in Iran while most American companies are shut out of the market, Parsi said.

"As long as the U.S. has sanctions and no one else does, then the U.S. is actually sanctioning itself," Parsi said.

Pressed on whether doing business with Iran would be financing an enemy regime, he said, "Trade gives you leverage. You end up not enriching an enemy. You end up transforming an enemy into a non-enemy."

Parsi said there's no question that Iran has engaged in many actions that have been counter to U.S. interests but that the best way to change that is through trade and vigorous diplomacy.

"You want to do something to change that activity. Trade has a better track record if than just issuing sanctions or making threats of war," he said.

He said diplomacy bore fruit when 10 U.S. sailors were captured by Iranian forces when their ship accidentally entered Iranian waters in January 2016, months after the nuclear deal was reached.

"What usually would have led to months, potentially years of wrangling to get those sailors out of Iran safely took only 16 hours. Why? Because (Secretary of State John) Kerry and (Iran Foreign Minister Mohammed) Zarif had such a strong relationship," Parsi said.

While the near term prospects for peace and economic cooperation look bleak, the potential for boosting American jobs and security remains, he said.

A study conducted by the National Iranian American Council found that sanctions cost the U.S. $230 billion between 1995 and 2014 in trade with Iran, which is one of the 20 biggest world economies.

The nuclear deal wrote an exception to continued U.S. sanctions by allowing Boeing to sell jets there, which led to a $20 billion deal that could directly benefit the General Electric plant in Evendale.

That deal may or may not be finalized depending on whether the Trump administration continues to abide by the nuclear deal, he said.

Iran's economy is growing at more than 6 percent, and it's eager to buy U.S. goods, Parsi said, including green technology, jets to replace its aging airline fleets and agricultural products.

"The very idea of trading with the U.S. is very attractive to very large segments of the Iranian society," he said. "If they could drop a European or an Asian business partner, many of them would choose to do so. There is that curiosity and positive sentiment toward the U.S."

He is hopeful that ordinary Iranians and the country's business owners can keep pushing for a true democracy that breaks the grip of the clerics there, and he said that America can help or hurt that effort.

Parsi personally advised the Obama administration during negotiations to reach the nuclear deal, and he's adamant that the deal is the only thing standing between Iran and a nuclear arsenal.

"Right now every aspect of Iran's nuclear program, from uranium mining to the very last phases are inspected by the (International Atomic Energy Association) with some very intrustve mechanisms. We see everything they do, and it's almost impossible for them to cheat," he said.

Having the security of the nuclear deal in place has emboldened reformers who want to push for more democracy, he said, and robbed hard liners of their ability to scare regular people into an anti-Western stance.

"Tensions tend to make it harder for the Iranian reformers. As long as there is a chance for war, it's harder to fight for democracy. Civil rights and democratic rights tend to take a back seat to security issues," he said.