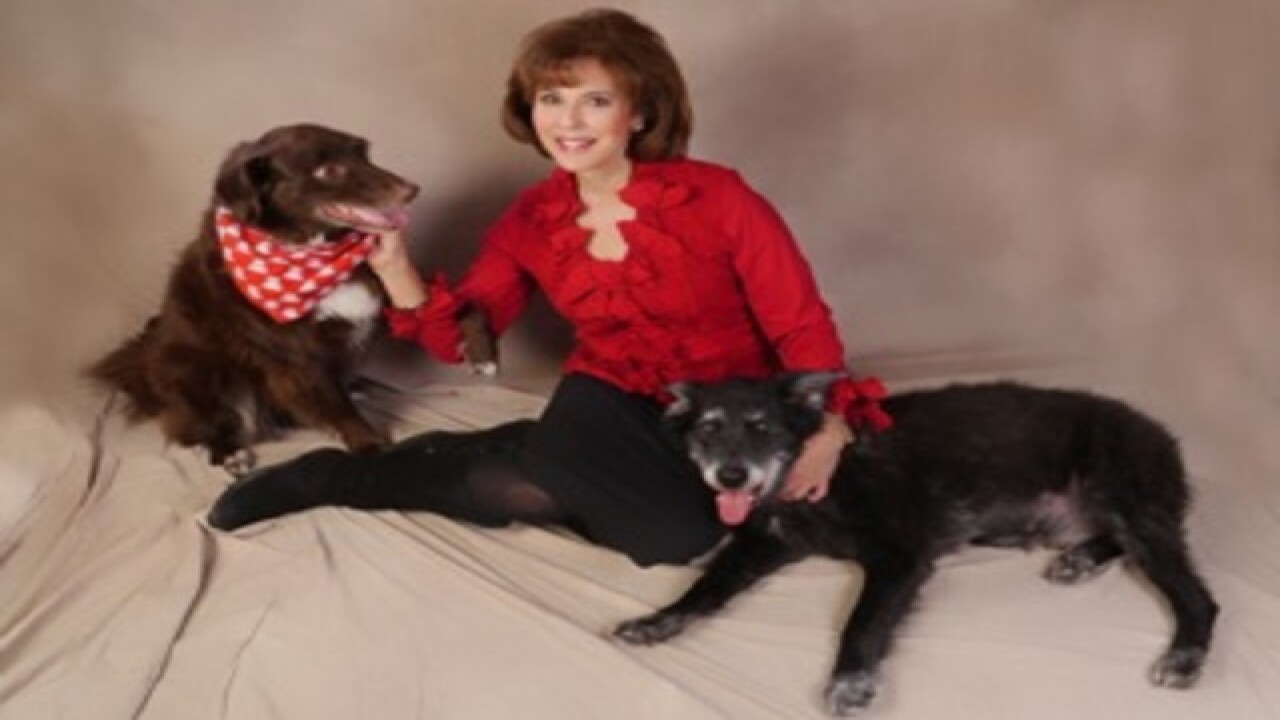 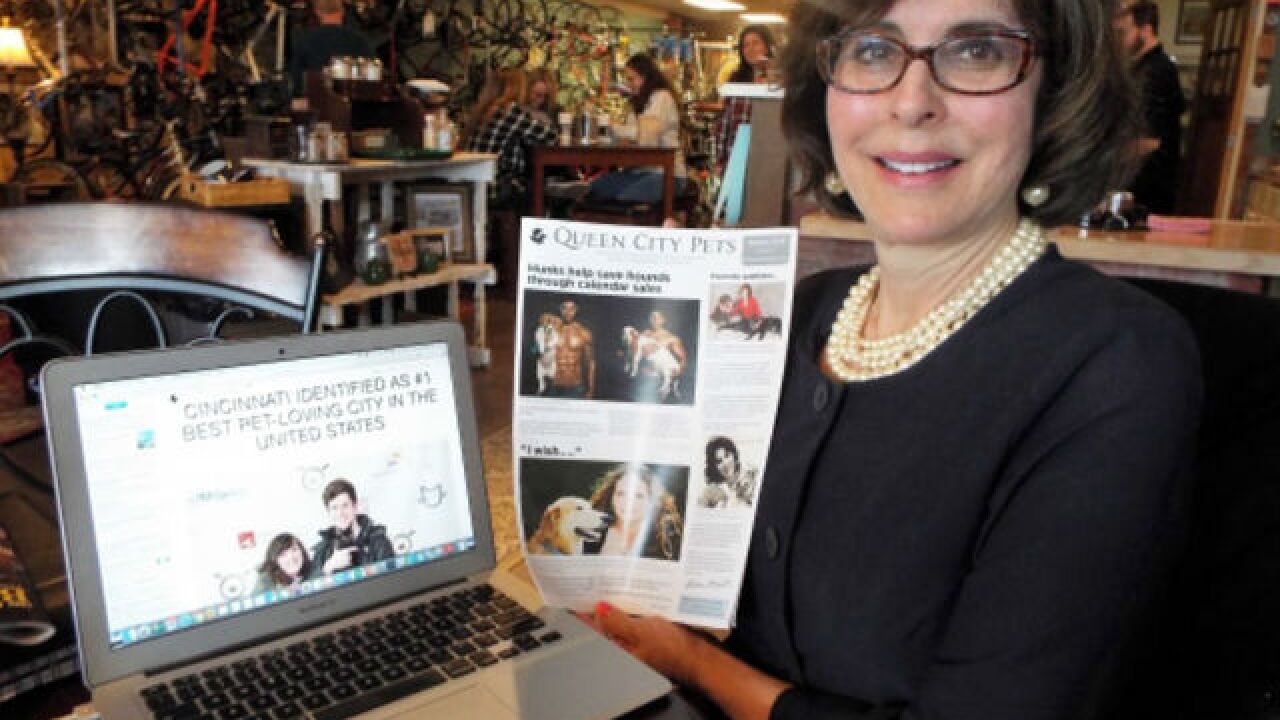 CINCINNATI -- The website queencitypets.com  was creator Barbara Morgenstern’s “Field of Dreams.” She built it, and now she hopes the advertisers will come.

“I needed to do this for myself,” the 63-year-old Kenwood resident said.

Her Queen City Pets LLC maintains the website of photos and articles about local pet lovers and their pets, but it also published its first print edition last summer. The feature story was about the 2015 Hunks and Hounds calendar for sale at a pet adoption event at the Sharonville Convention Center, which features ripped guys holding dogs.

Who is Morgenstern?
Raised in Hamilton, she studied journalism at Arizona State University when the Watergate scandal was breaking and journalists were seen as heroes. She reported for the former Cincinnati Post newspaper from 1978-83, covering local courts, where she became interested in law.

She became a practicing lawyer with her father’s firm in Hamilton, and then taught journalism and media law at Miami University for 10 years. She served as president of the Greater Cincinnati Women Lawyers Association and a trustee for the Ohio Women’s Bar Association.

A lifelong dog lover, she became interested in animal law and started creating trusts for pets and pet protection agreements. Through her work with pet laws, she met some great people, she said, and she also determined that no one was reporting locally on the pet community.

What’s her business plan?
To maintain the website, but also to publish a monthly print edition and electronic newsletter. She expects to support the publications with advertising dollars.

The pet industry has those dollars. The American Pet Products Association estimates that Americans will spend $63 billion on pet products this year. And according to Wallethub, Cincinnati is the No. 1 pet-friendly city in the United States.

“I didn’t want to take ads until I knew I had a viable product,” she said. “I feel like there’s a great market here … I can offer a really high-quality publication that’s not just a silly little blog where I express my opinions.”

She does most of the writing and photography herself but has some unpaid contributors. She will probably pay ad sales people on commission.

She is the only employee, but she hired a web designer to create the website, and has paid legal fees to have Queen City Pets trademarked. She has no outside investors but estimates she’s spent about $10,000 of her own money on the business.

What’s next?
She’s enrolled in SCORE, a nonprofit of retired business people that provides mentors for startups like hers, and is also in the current class of the nonprofit Bad Girl Ventures, which helps women entrepreneurs refine their business plans. She’s hoping they will help her get her sea legs, financially speaking.

How has starting a business been?
“It sounds Pollyanna-ish, but I didn’t know it would be this fun,” she said. She’s meeting interesting people and telling others about them. “There’s not much to not like about this.”