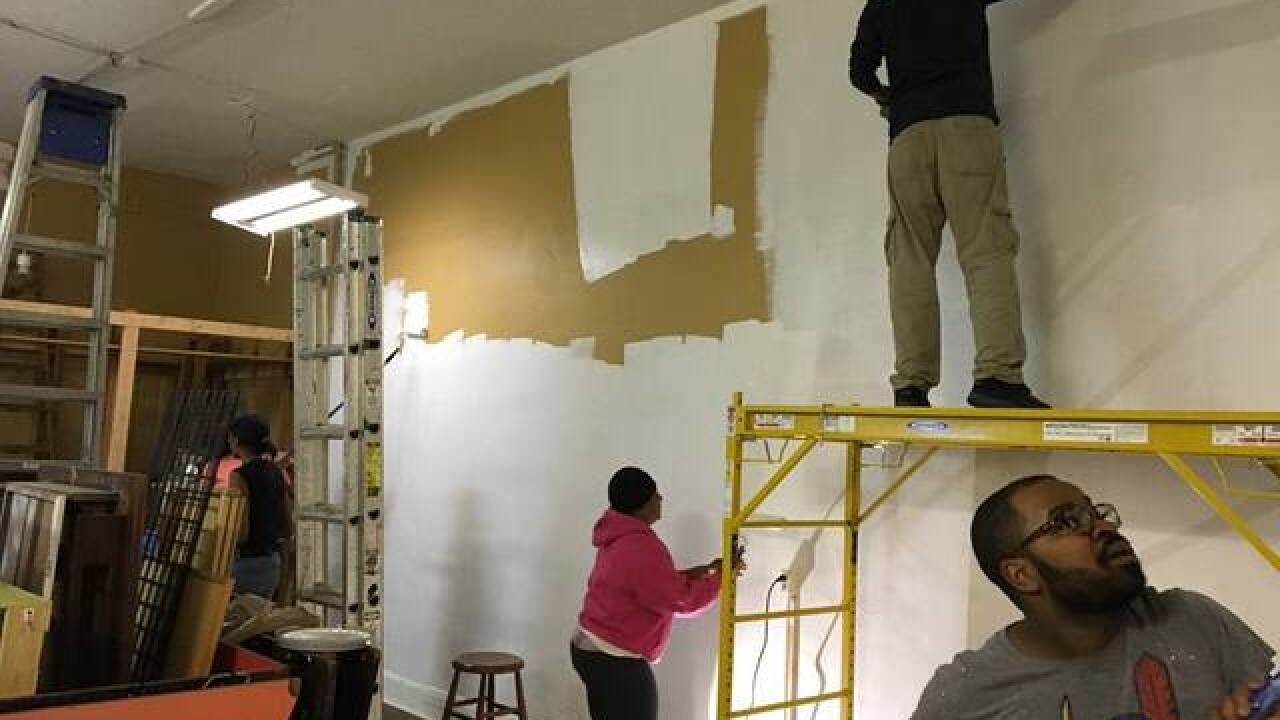 Copyright 2018 Scripps Media, Inc. All rights reserved. This material may not be published, broadcast, rewritten, or redistributed.
Provided
<p>Almost everything in the West End Art Gallery is donated. A crew of volunteers, many of them MORTAR graduates like Tia Brown, came to paint the new space. (Photo provided by Tia Brown)</p> 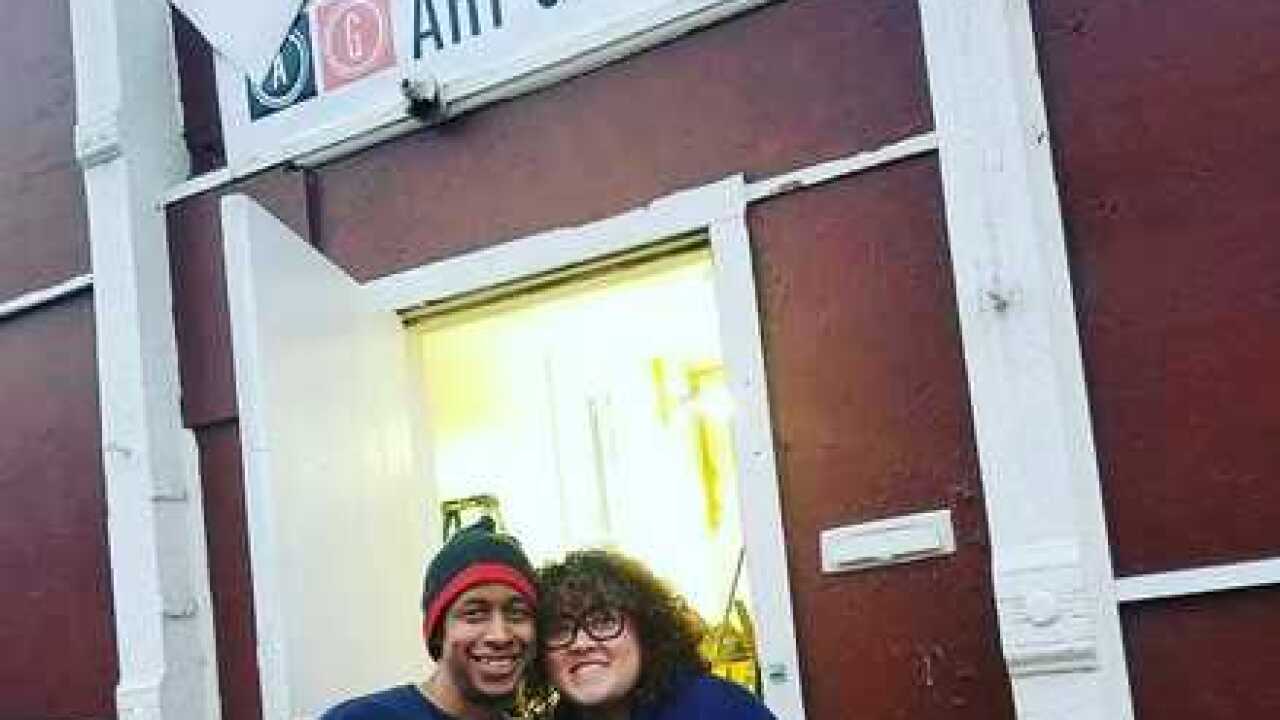 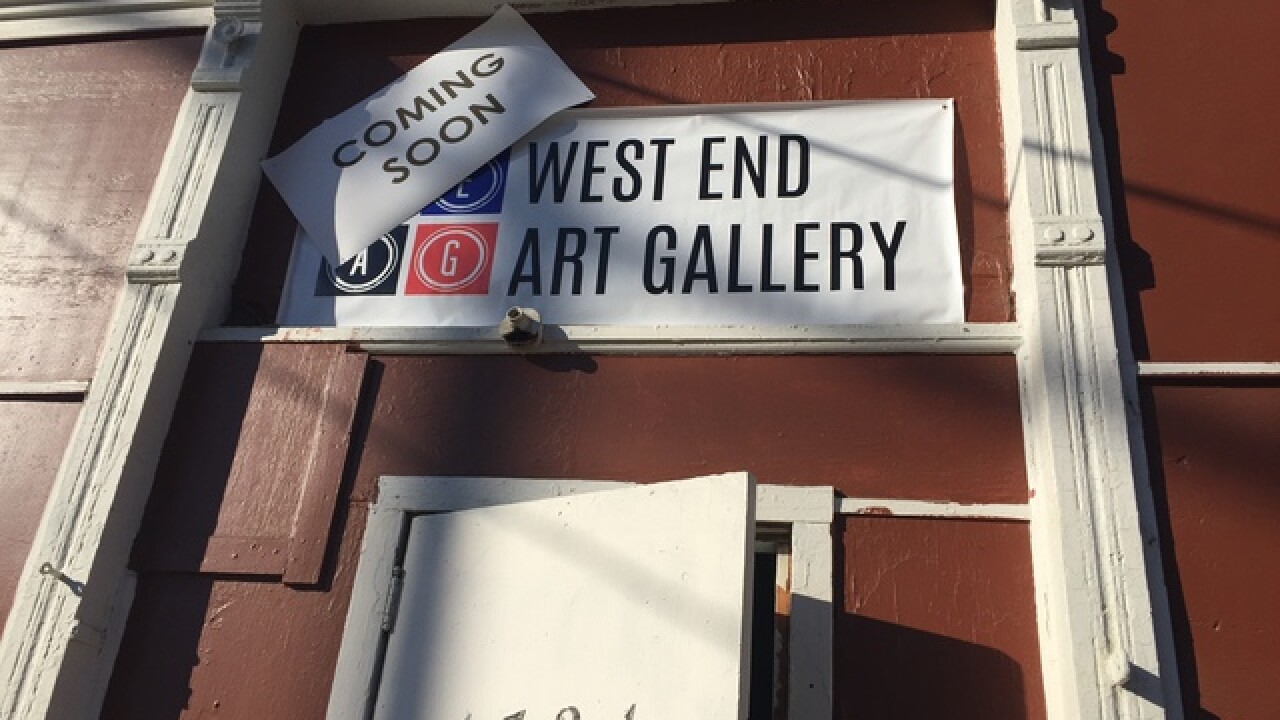 CINCINNATI -- The West End Art Gallery finally has a home.

After a year of pop-up art workshops and small exhibits, the West End Art Gallery will open its own doors for the first time Jan. 24 at 1721 Baymiller St. Work from three artists connected to the West End will be on display, and people can participate in hands-on art making.

"We want people to know, when you come into this space, these are the things you'll experience," owner Tia Brown said.

Brown founded West End Art Gallery last year after graduating from MORTAR, the local agency that helps low-income entrepreneurs start their businesses. Since 2009, Brown had wanted to open a gallery in the West End. She wanted to give the community where she and her husband bought their home, where they work and worship and raise their son, a space to be creative and celebrate the work of local artists.

"We value art," Brown said. "We believe it helps people heal and grow and learn. We know because it's happened for us personally. Art was there to help us through a lot of things."

So, for a year, Brown ran the West End Art Gallery from whatever space she could find. She put together art workshops at community festivals and donated classrooms. She brought paintings into Seven Hills Neighborhood Houses, the community development and social service agency where she works. She filled the back bedroom of her home with art supplies.

She applied for grants and kept a close eye on West End properties.

And when the vacant storefront at 1721 Baymiller St., right next door to Seven Hills, was sold this summer, Brown immediately contacted owner Aaron Etzler. She didn't expect him to be interested in her proposal to rent the space on a month-to-month basis, but she figured she'd ask.

The timing was good. The West End was in the middle of the city's Neighborhood Enhancement Program, a 90-day project to beautify and revitalize the community. Through NEP, Brown said, she was able to secure a $5,000 grant that allowed Etzler to make building improvements -- adding a heating element, opening windows and building a bathroom -- and give the West End Art Gallery a two-year lease.

Almost everything in the gallery is donated. A crew of volunteers, many of them MORTAR graduates like Brown, came to paint the space. Because Brown and her husband, Michael, have full-time jobs, West End Art Gallery's hours will be sporadic.

"People can see the grassroots," Brown said. "It's down in the dirt."

But the gallery is open and will give West End artists like Tamara Johnson, a single mother of four and creator of one of the gallery's first exhibits, a space to show off their work. The opening exhibits at the West End Gallery will include six of Johnson's abstract, African-inspired drawings.

"I'm excited to have a chance to show my work," Johnson said. "And it'll be good for the community to have this space, to come and be inspired by art, to make art."

In addition to the gallery space, Brown also secured grants this year from ArtsWave and the Greater Cincinnati Foundation. She plans to offer at least two workshops a month -- paying local artists for their time and expertise -- in both the gallery space and in the neighborhood.

"We still want to be mobile, in the community," Brown said. "We want art to be accessible, and we want families to come and create it together."