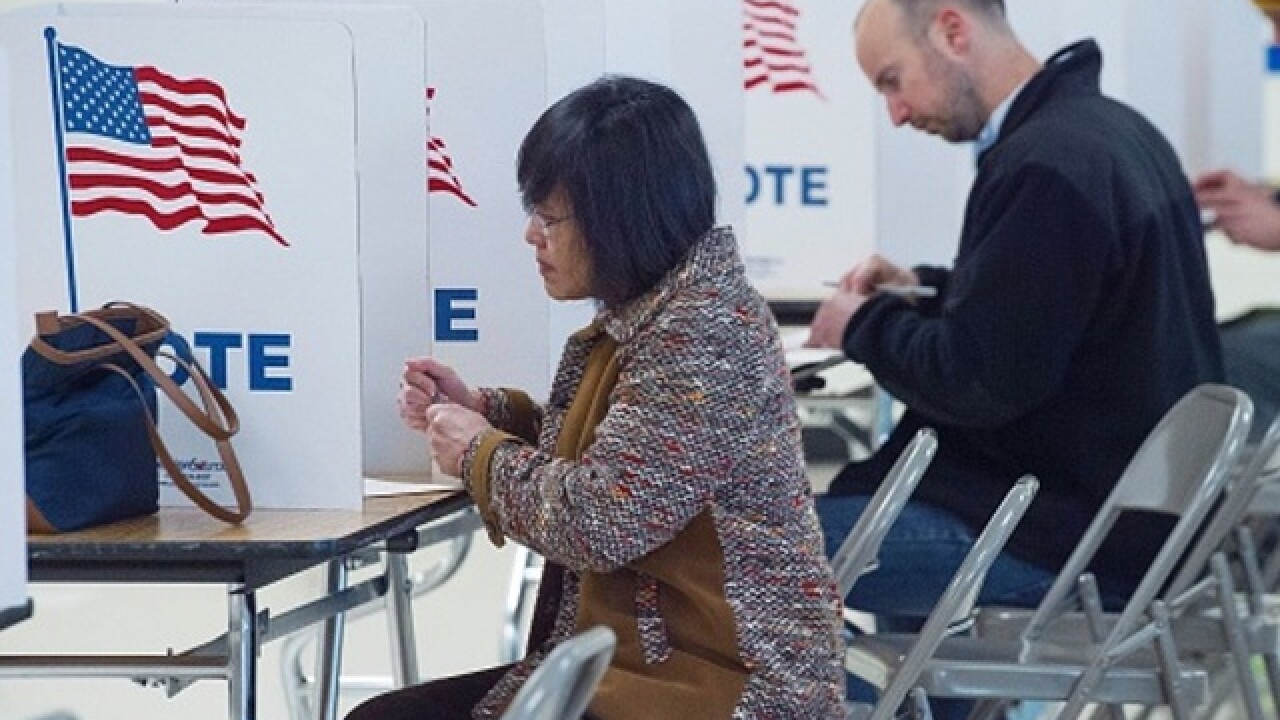 CINCINNATI -- A nasty presidential race. A battleground state. Purges of voter rolls. Questions about voter fraud. Tight polling numbers. And a presidential candidate insinuating the election might be rigged.

What could go wrong?

Sherry Poland, director of the Hamilton County Board of Elections, hopes the answer to that question is: Not much. At least, she and her staff are doing everything they can to make that the answer.

Like any presidential election year, Hamilton County has seen more interest in voting than "off years" when there are mostly local and state races. Roughly 26,000 people have registered to vote since primary elections in March, and more than 71,000 people have asked Poland's office for an absentee ballot by mail. She said that's about on par compared to the most recent presidential election, in 2012.

Some of those might be from people Troy Jackson, AMOS Project director, helped register. The AMOS Project, a group of congregations dedicated to outreach among low-income people, has helped nearly 30,000 people get onto Ohio's voter rolls this year, Jackson said.

"People are excited to participate," he said.

Jackson wants that excitement to carry beyond 2016 and into the local races that might have a bigger effect on day-to-day life in Hamilton County.

"Part of what we want to say is that whether it's voting for president or voting for a Senate seat or county commission or issues like the children's services levy or Issue 44 for the public schools and Preschool Promise, your voice matters -- and maybe even more so on these local issues where one vote can make a whole lot of difference," he said.

Ohio drops registered voters from its registration list based on their failure to vote in recent elections, a process that a three-judge panel of the 6th U.S. Circuit Court of Appeals found to be in violation of federal law. Jackson said that's why this year's voter registration drives are so important.

"One of the big reasons that AMOS and other partners have spent so much time and energy this year registering voters is so whatever happens with the courts doesn’t matter," he said.

The 6th U.S. Circuit's decision sent the case back to the lower court, which must establish a process for either restoring purged voters to the rolls or allowing them to vote provisionally and having all those votes count.

Poland said, in the meantime, voters should check to see if they're registered; the Ohio secretary of state has an online tool to do just that.

Jackson added: "There's no penalty for filling out a registration sheet just to make sure and to get that in, so we would encourage everybody to make sure they're registered and on those rolls so their vote will count this fall."

New technology may have hampered the November 2015 general election in Hamilton County, but officials say they are confident that this year everything will go smoothly.  Last year, new "e-poll book" machines let voters sign in to a polling precinct with an electronic pad versus a traditional paper polling book, but some of these malfunctioned.

Poland said the March primaries went "surprisingly" well, as poll workers got a second chance to re-use the new system. Poll workers also are getting more training through an online refresher course, and Poland said hundreds of high school-age students have signed up to help on Election Day.

"The younger generation, they're very comfortable with today's technologies, so we really increased our recruitment efforts in March, and that went very well," she said.

While 55 out of 88 counties already have e-poll machines, it's up to each county when and if it does purchase e-poll machines. Each unit can cost between $1,300 to $2,500, and the state only partially funds counties for buying new machines. Voting locations will have paper backups if the machines fail.

Poland and other elections officials are confident the system isn't susceptible to hacking; it isn't connected to the internet, she said. Republican presidential candidate Donald Trump has claimed the only way he'll lose in November is if the election is rigged. Numerous studies have discredited the claim that voter fraud is rampant in the U.S., or even truly feasible, and voting experts say a rigged election would be impossible.

Jackson said he hopes people don't let the cynicism of national politics keep them away from the voting booth.

"Cincinnati, a lot of people feel, is going in a really good direction right now. Getting involved in this election again with issues and local state and national races is a way to keep going in that positive direction," he said.