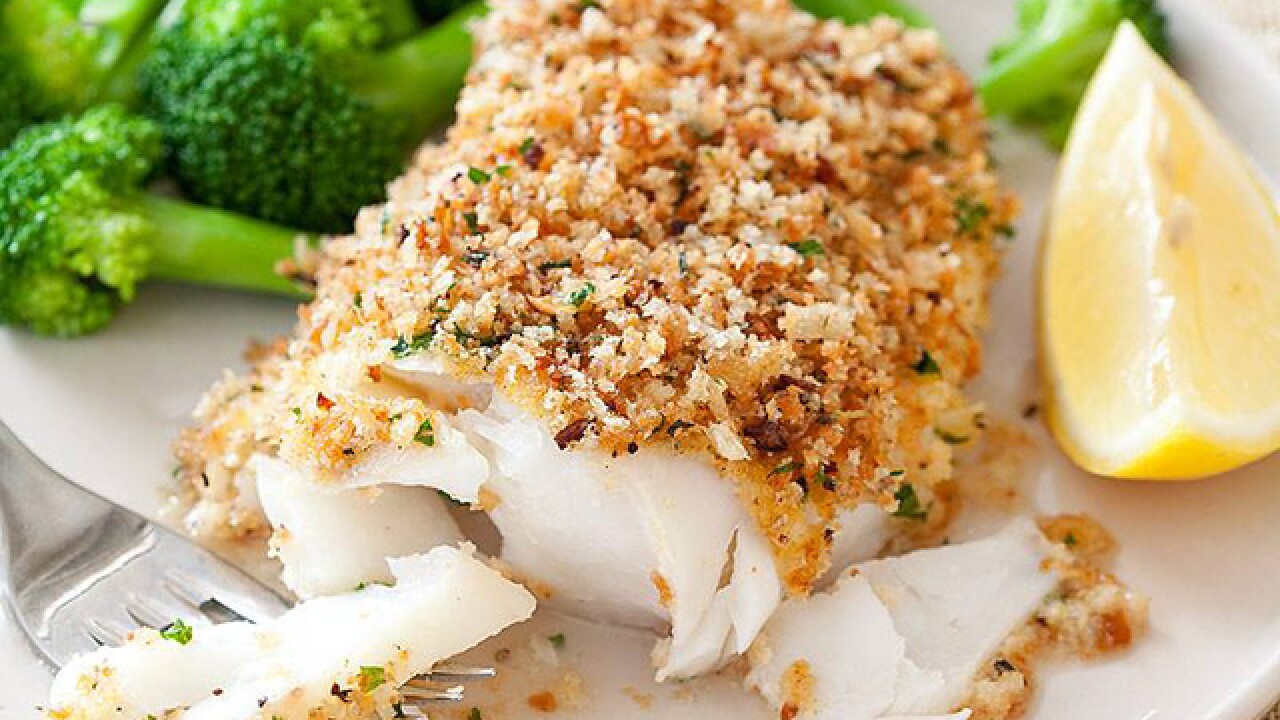 Copyright 2018 Scripps Media, Inc. All rights reserved. This material may not be published, broadcast, rewritten, or redistributed.
Provided
<p>You can order a cod dinner with two sides at Afishionados. (Photo provided by Afishionados)</p> 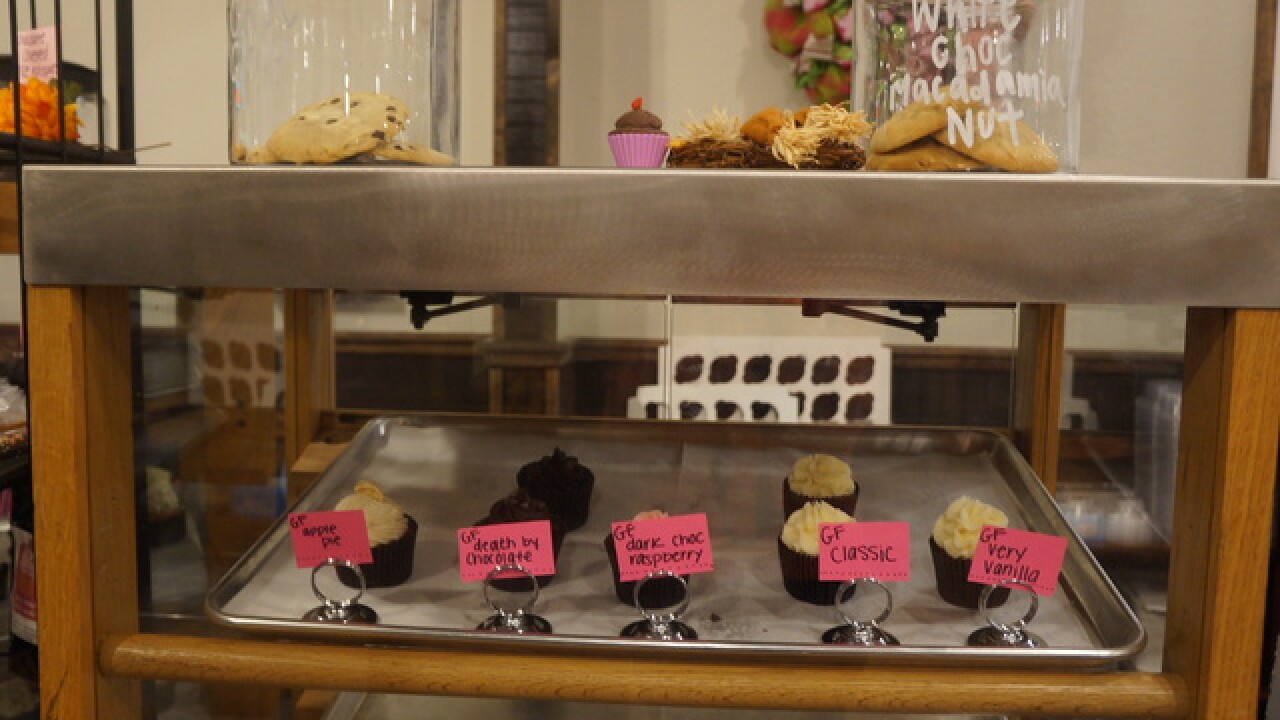 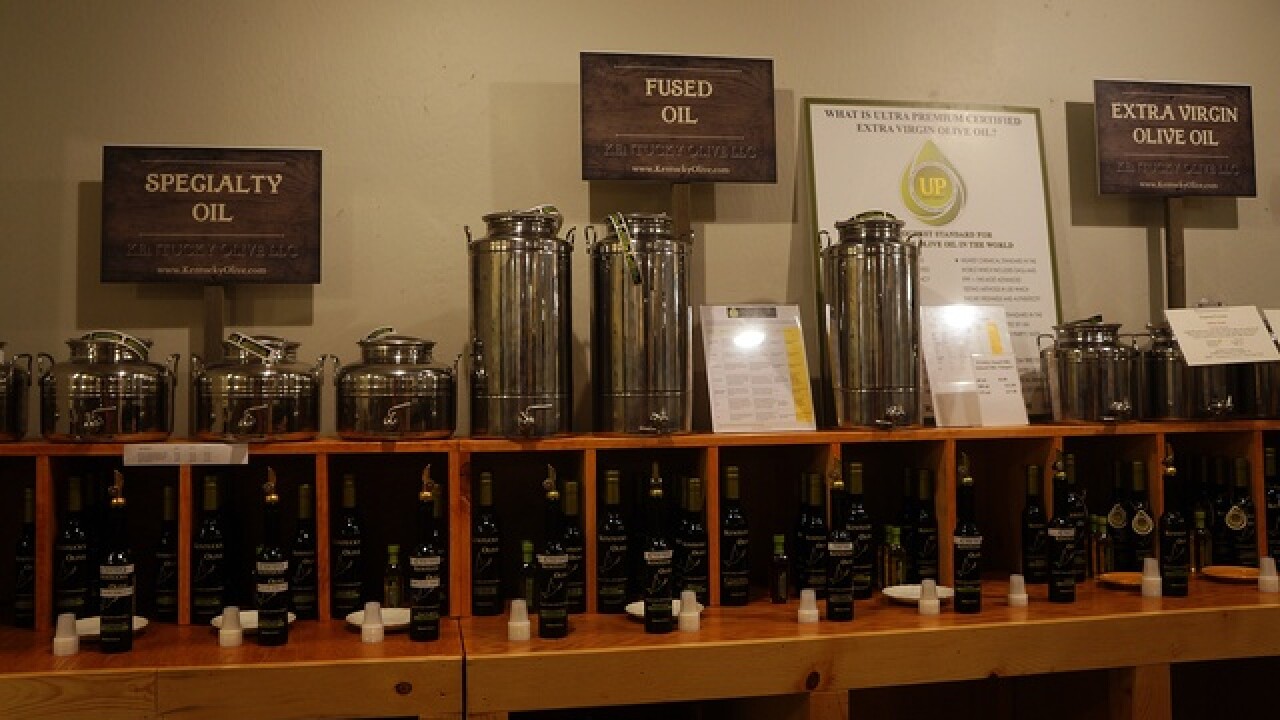 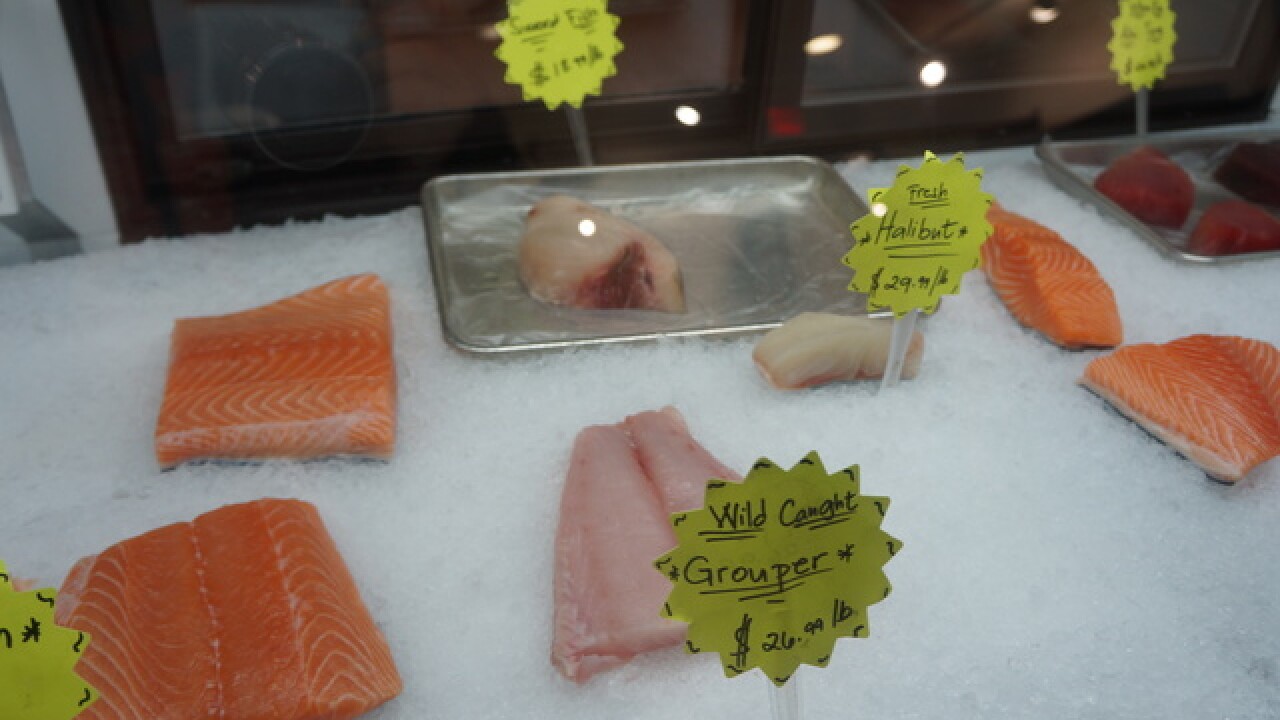 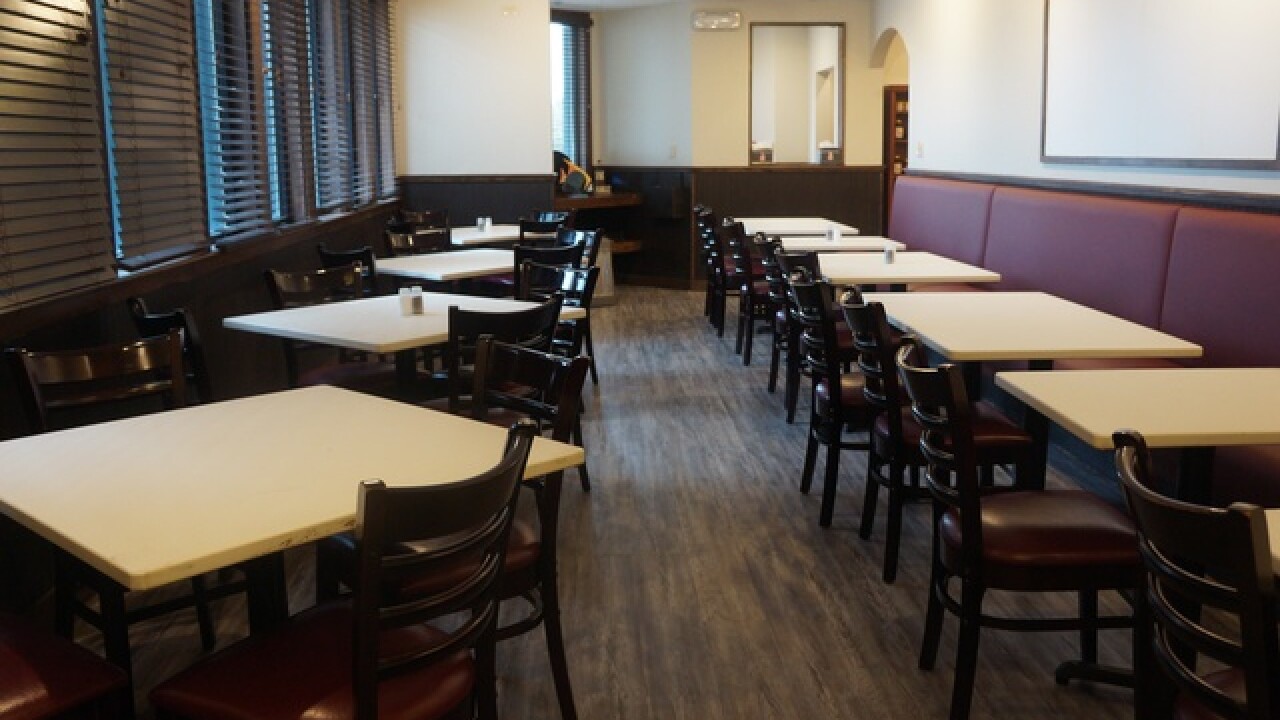 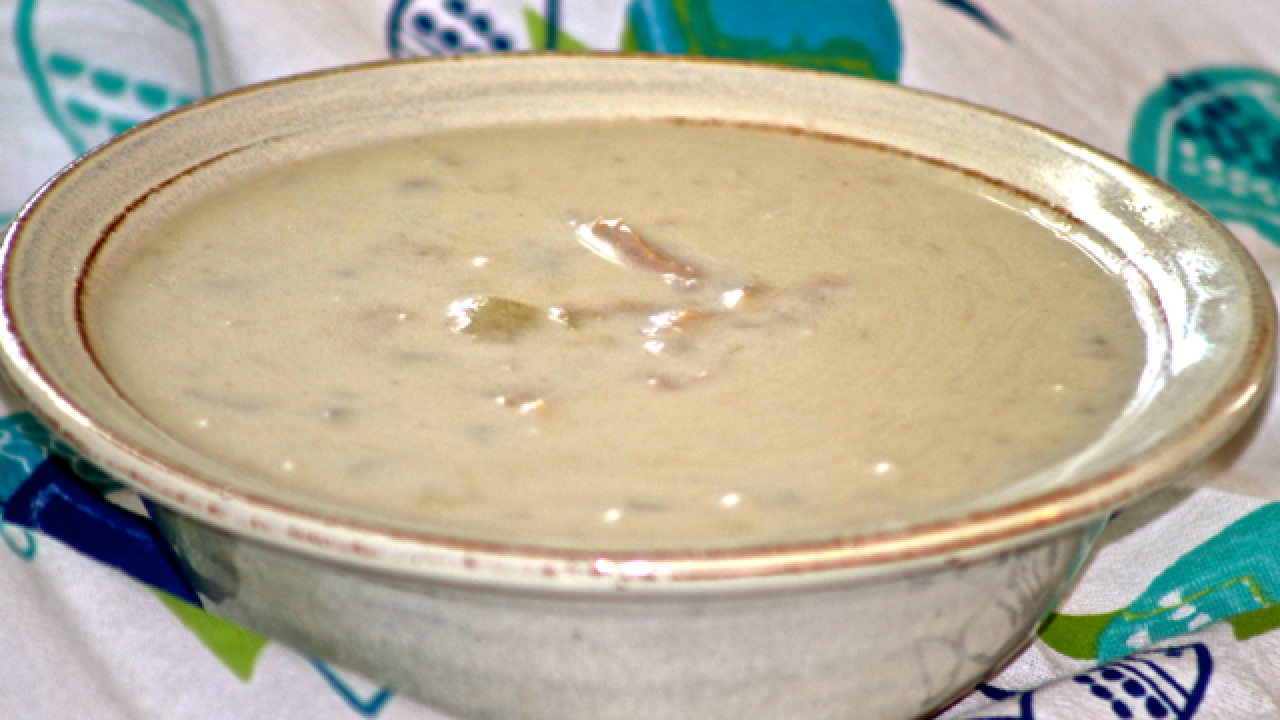 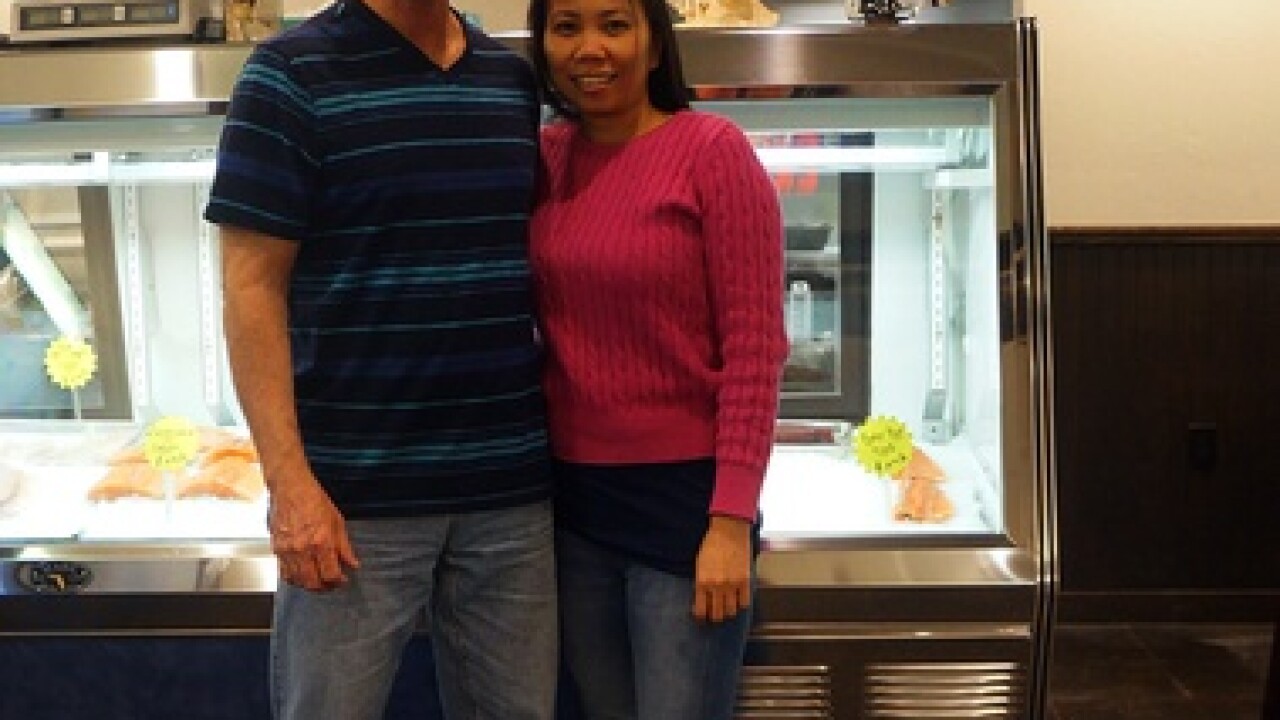 FLORENCE, Ky. -- In June 2014, John LaFontaine opened seafood shop Afishionados in Friendly Market. The venture awarded him a fiercely loyal customer base, which has followed him to his new concept, Olde Kentucky Market, at the Florence Mall.

The Nov. 10 move was almost a year in the making. It finally came together less than a month ago, when LaFontaine (aka "Captain John") said he felt it was time to make a leap into a more accessible area.

"One by one, the vendors started leaving (Friendly Market)," he said. "Luckily for me, I had a bunch of good customers and they just kept coming in, and new people would keep coming in. But that location was just so out of the way for most people. And the traffic started getting bad." Friendly Market is tucked behind the Kroger off Mount Zion Road, a major vein that bottlenecks every day.

A bank now owns Friendly Market, so the fear of a new buyer forcing everyone out was another impetus for the transition, he said.

It took nine months for LaFontaine to find the new location, a mere 5 miles north of Friendly Market. The mall liked the idea, and LaFontaine and two other Friendly Market vendors -- Memorie Makers Cafe and Cupcakery and Kentucky Olive -- formed Olde Kentucky Market and moved into the Florence Mall space previously occupied by Buca di Beppo.

They cobbled Olde Kentucky Market together within three weeks.

"It was something different for the mall, because malls aren't doing great right now," he said. "They thought maybe a new little concept like this would help them out. I talked to all my customers and, I swear, 95 percent of them said it'd be a better location for them."

To get the space in order, the vendors added more lighting, painted over black walls, put in new flooring and opened up the doorways. Thankfully, Buca di Beppo left most of its equipment, so LaFontaine saved thousands of dollars.

During our interview, several of his loyal regulars streamed into the shop, and they agreed it's indeed a better spot. LaFontaine also takes seafood requests from customers -- for instance, a woman asked if he could procure belly clams. (Yes, he can.)

A refrigerator contains stacks of prepared foods such as lobster bisque, clam chowder (or "chowda"), crab cakes, smoked whitefish dip and lobster mac and cheese. The soups are also available hot, and Afishionados will grill any of the raw fish, for dine-in or to go.

"It's kind of the same feel when you go to the Carolinas or Florida -- those places have the seafood right there that they just got out of the ocean," he said. "They're like, 'Hey, what do you want? We'll cook it for you.' So that's kind of a neat little aspect of it."

The new place enables Afishionados to have a sprawling dining room, a huge kitchen and the ability to focus more on being a fast-casual eatery.

"It just seemed like the more hot food that we did at the other place to go, it just kept getting busier and busier," he said. "We've only been open for three days, and it didn't miss a beat. With the holidays coming up in a couple of weeks, the mall's gonna get busy. When people are out shopping, they want somewhere to sit down, and we're about the only little seafood shop around here. We're not going to have the Bonefish Grill prices of $20, $30. I'll have a couple of specials like that, but most of my stuff will be anywhere from $5 to $15. So they get a good seafood meal for pretty cheap."

The menu also features a cod sandwich, lobster rolls and shrimp, and cod or salmon meals served with sides. For those who dislike seafood or want another type of protein, the menu also offers an Amish chicken meal or sandwich, hot dogs and a burger made from Friendly Market tenant Murphy's Quality Meats' ground strip steak and fillet.

As a child, LaFontaine lived in Brockton, Massachusetts, fetching crabs right off a dock. His father's job transferred the family to landlocked Circleville, Ohio, where LaFontaine spent his formative years. While attending Ohio State in the '80s, he worked in the tony One Nation restaurant, on the 38th floor of One Nationwide Plaza tower.

"That's where I was really opened up to all kinds of good food other than just the good seafood I grew up with," he said.

After working in the restaurant industry, he worked at Lobsta Bakes in Newtown, Ohio, and then under Tom Keegan's tutelage at Keegan's Seafood before opening the original Afishionadaos.

Though LaFontaine competes against Kroger, Costco, Whole Foods and other fishmongers, he doesn't worry about it.

"I figured if I do the best I can do here, if I can just make it really, really good, then I'll beat them anyway," he said. "I think people that know good fish, once they come in a couple times and they figure out what I have, they know themselves that it's better than the other stuff."

LaFontaine flirts with the idea of opening a full restaurant someday, and possibly a location in Cincinnati -- that is, if he finds the right employees. But for now, he will continue to provide his winning combination of excellent seafood and service.

"I'd like to see it get so busy that I have to expand the dining room," he said. "That's kind of a minor goal. And of course make everyone else busy in here. The other vendors are great people, and I would love to see this market as a whole get busier."

Address: 2028 Mall Road, Florence. (Located near Sears, next door to the mall entrance. The market has its own entrance and also an entrance from the mall, on the second floor.)