Copyright 2017 Scripps Media, Inc. All rights reserved. This material may not be published, broadcast, rewritten, or redistributed.
WCPO
<p>The Procter and Gamble global headquarters pictured on Friday, July 25, 2014, in Cincinnati.</p> 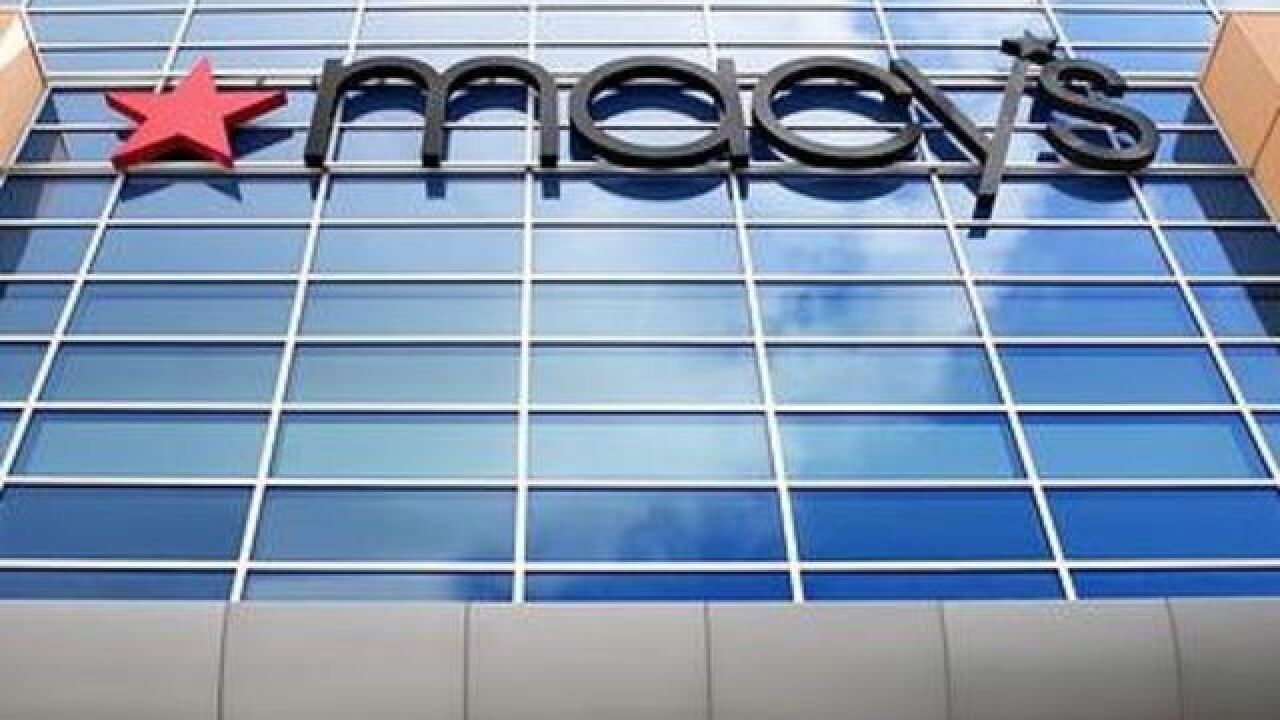 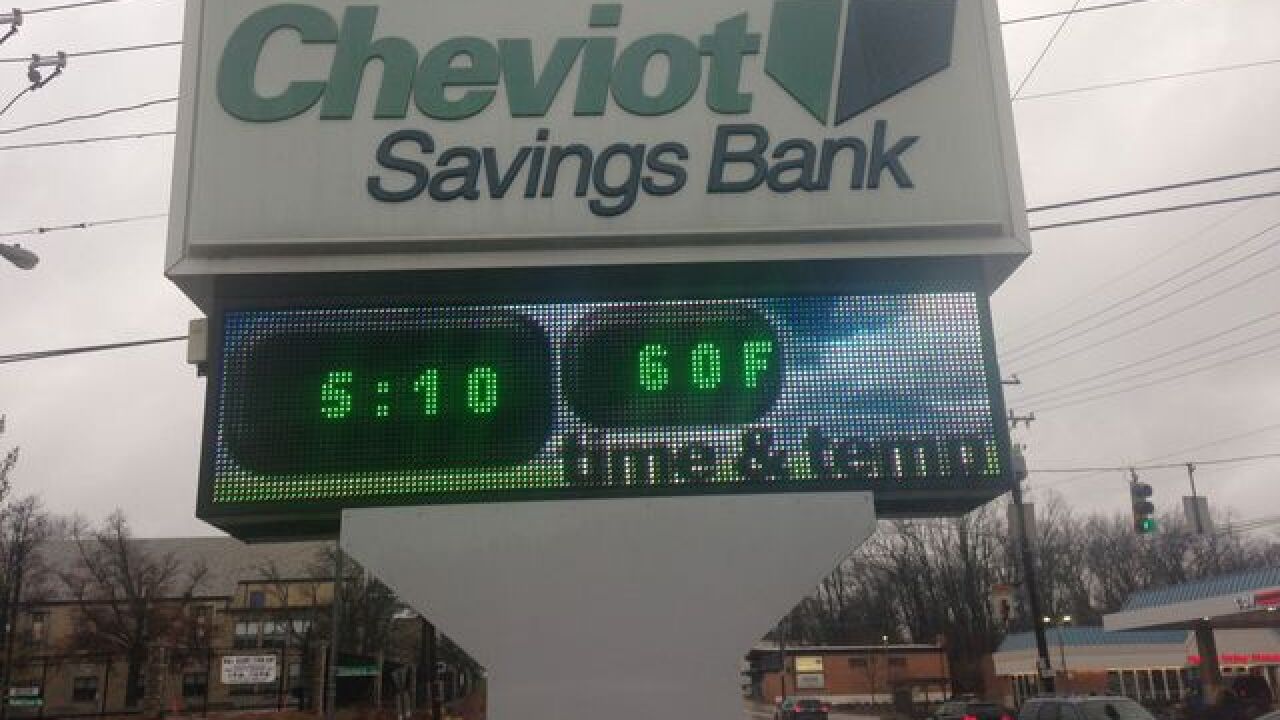 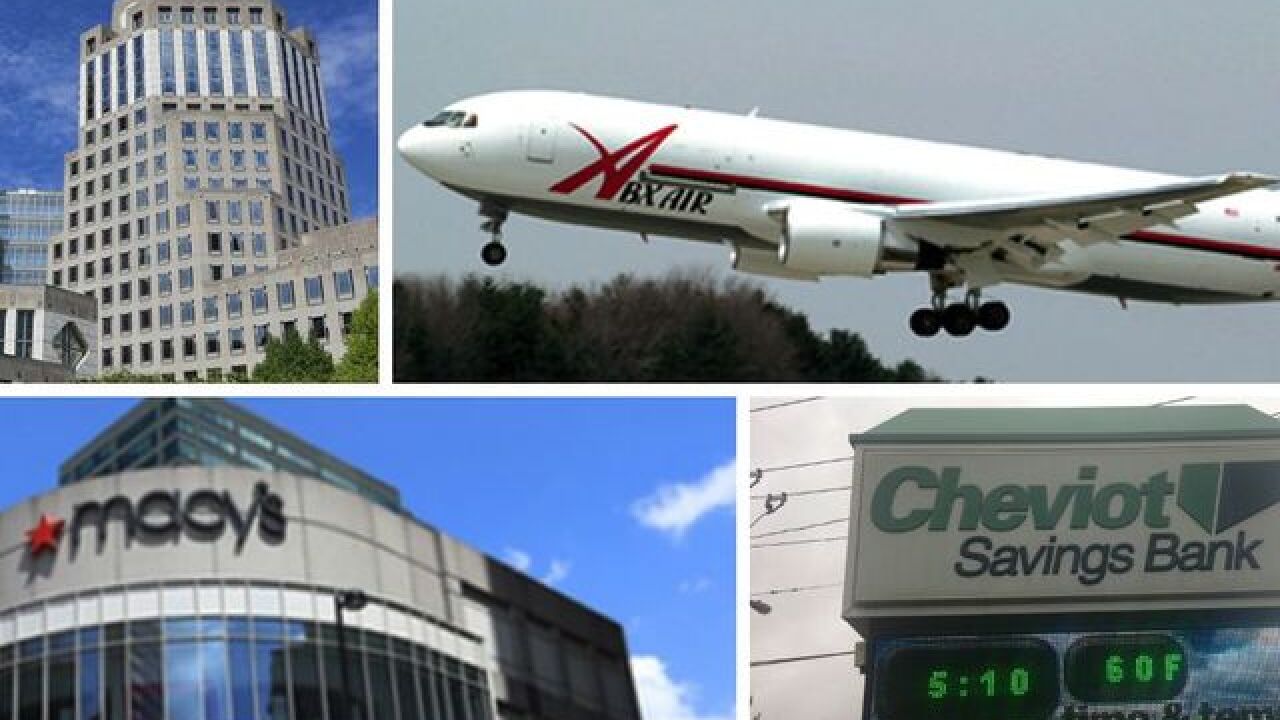 CINCINNATI - Lawrence Seidman will collect 8 percent of the proceeds and accept none of the blame when Cheviot Financial Corp. is acquired by a Greensburg, Indiana, rival in May.

Seidman is a New Jersey-based activist investor who is known for buying big stakes in small banks and prodding its managers to take actions that increase the stock price. In the case of Cheviot, that meant a sale. MainSource Financial Group will pay $107 million for the 105-year-old West Side bank under a deal announced in November. Seidman, who acquired an 8 percent stake in Cheviot two years ago, will make a roughly $2.2 million profit on the transaction.

MainSource CEO Archie Brown said two Cheviot branches will close and the bank’s total employment will fall to about 75, down from 111 full- and part-time positions prior to the purchase. Seidman insists he had nothing to do with the sale or the job reductions that will follow.

“I hate to see anyone lose a job,” he said. “When I sit on a board we try very hard to help people in the transition, but I’m not on that board.”

No Hiding From Activists

And so it goes in the world of activist investing, a numbers-driven culture in which success can be defined by decimal points and increasing shareholder wealth is the only thing that matters.

That can be a good thing when companies lose their focus. But it can also be a bad thing if a company’s long-term growth is sacrificed for short-term gains.

“Generally, activism is good,” said Xavier University Finance Professor David Hyland. “Activism pushes companies. It makes them honest and from a societal perspective, it allocates capital to the best goods and services possible.”

Cincinnati companies have lots of experience with activists. Procter & Gamble Co. changed CEOs in 2013 after hedge fund manager Bill Ackman questioned the company’s growth strategies. Macy’s Inc. changed its real estate strategy after activist investor Jeffrey Smith called for the company to split its real estate holdings into a new public company. Neither Ackman nor Smith provided long-term lifts in share prices. Macy’s lost 50 percent of its value when it rejected Smith’s proposal to create a real estate investment trust. The stock has slowly recovered since then, but remains about 30 percent below the $65 trading range – where it stood when Smith’s Starboard Value fund first disclosed its ownership of Macy’s stock.

“Activism is good in cases where management doesn’t have good ideas or they’re stuck on a plan that doesn’t work,” Hyland said. “But it can be bad in cases where the company has good long-run plans and investors are just sort of impatient to let things happen.”

Good or bad, activist investors are part of a new normal on Wall Street, where a choppy stock market makes company performance tougher to predict and portfolios harder to manage.

“In the words of Carl Icahn, ‘There has never been a better time for activist investing,” Tonello wrote.

There is no hiding from activists. They hold stakes in every Cincinnati-based public company, according to data provided to WCPO by S&P Capital IQ. When it ran the numbers in early January, the research firm found $1.7 billion in stock owned by activist investors in 27 local firms, including $351 million at Macy’s Inc. and $223 million at Procter & Gamble Co. Activist shareholders hold more than 5 percent of the stock at eight local companies, including Chemed Corp., Cincinnati Bell Inc. and Air Transport Services Group.

Wilmington-based ATSG made headlines last week when it announced a five-year deal with Amazon Inc. to provide planes and pilots for a new air-cargo hub that would help the e-commerce giant ship products all over the U.S. in two days or less.

It was the biggest news involving ATSG since 2008, when the German shipping conglomerate DHL announced it was pulling out of Ohio – eliminating 9,500 jobs and ceasing operations with ABX Air, an ATSG subsidiary.

Few realized in 2008 that activist investor Willem Mesdag played a role in that decision.

Mesdag is the founder of Red Mountain Capital, a Los Angeles-based hedge fund that started acquiring ATSG shares in 2006. In 2010, he told the financial magazine Barron’s that he wasn’t a fan of the DHL relationship.

"We told them that their valuation didn't make sense,” Mesdag said. “Either they should be valued as if their earnings were an annuity stream under a long-term DHL contract, or they should get out of the contract."

Wilmington lost more than 7,000 jobs when the companies parted ways. DHL now employs about 2,400 people at the Cincinnati/Northern Kentucky International Airport, one of three global “super hubs” for the freight hauler.

Eight years later, Red Mountain Capital remains a 17 percent owner of ATSG. Its holdings increased in value by $25 million when Amazon announced its contract with ATSG.

'You're Better Off Working With Them'

Investors shouldn’t be surprised to learn activists are at work in local companies.

“Almost every public company, in one form or another, is going to be impacted by shareholder activism,” said Derek Bork, a Cleveland-based partner in the Thompson Hine law firm, who represents activist shareholders.

“Having outside voices come in to a board can certainly bring new ideas,” Bork said. “If you’re a company looking at facing an activist, you’re better off working with them constructively and perhaps having them on your board in a minority position as opposed to a long, drawn-out proxy contest that’s potentially damaging to the business.”

A proxy contest is an election in which shareholders propose corporate reforms or new board members. It’s one of the biggest weapons activists can deploy and it was one of the first things Seidman suggested when he publicly disclosed his investment in Cheviot with this dry language on May 1, 2014:

The Reporting Persons have previously nominated individuals for election to the boards of directors of, and have engaged in election and proxy contests with, a number of publicly traded companies, and expressly reserve the right to take such actions with respect to the Issuer.  Mr. Seidman has had several conversations with the Issuer's management and plans to continue to speak with the Issuer's management about ways to maximize shareholder value.

Seidman is a former attorney for the Securities and Exchange Commission who has targeted at least 35 banks with activist strategies since 1995.

So, when he uses words like “maximize shareholder value,” people notice. By October 2014, Cheviot announced that Cincinnati attorney David Rosenberg would join its board after Seidman nominated him. The following February, long-time CEO Tom Linneman announced his departure. Next came the hiring of an investment bank to entertain sale offers. MainSource was the winning bidder.

Seidman said he had “absolutely no involvement” in the sale and was “more shocked than anyone” by the sudden departure of Cheviot’s 16-year CEO. Seidman said his investment in Cheviot was numbers-driven.

“I just thought their return on equity wasn’t high enough and expenses were too high,” he said.

Return on equity is a ratio that compares net income to the total value of a company’s stock minus its liabilities. It’s an important indicator of a bank’s relative profitability compared to its peers.

Bank profits have been strained in recent years by lower interest rates and increasing regulation. So, big banks have become more active buyers and small banks are entertaining sale offers they wouldn’t have considered before. Activist investors are raising funds to capitalize on the trend.

A recent report by Thomson Reuters said 22 banks were the targets of activists in 2015, up from eight in 2009. The number has increase each year since the 2008 recession.

“There is a real trend,” said MainSource CEO Archie Brown. “I think it’s here to stay at least for the next few years.”

Whether that’s a good or a bad thing for Cincinnati depends on your point of view. Brown said Cheviot customers will gain access to a more robust lineup of online banking services, along with new wealth-management tools and small-business lending programs. While Cheviot will reduce its headcount among accounting, deposit and loan processing staff, it will increase employment in its branch network. The bank will also expand into Mason, West Chester, Kenwood and Northern Kentucky in future years, providing more job opportunities over time.

And who knows? With $3.4 billion in assets and more than 80 branches in Ohio, Kentucky and Indiana, perhaps MainSource will become the target of activist investors.

“Look, there’s a role for some of that function,” Brown said. “If banking companies aren’t performing at a level that would be expected … if they aren’t achieving returns like others in the industry, there’s probably a role for people to apply pressure.”