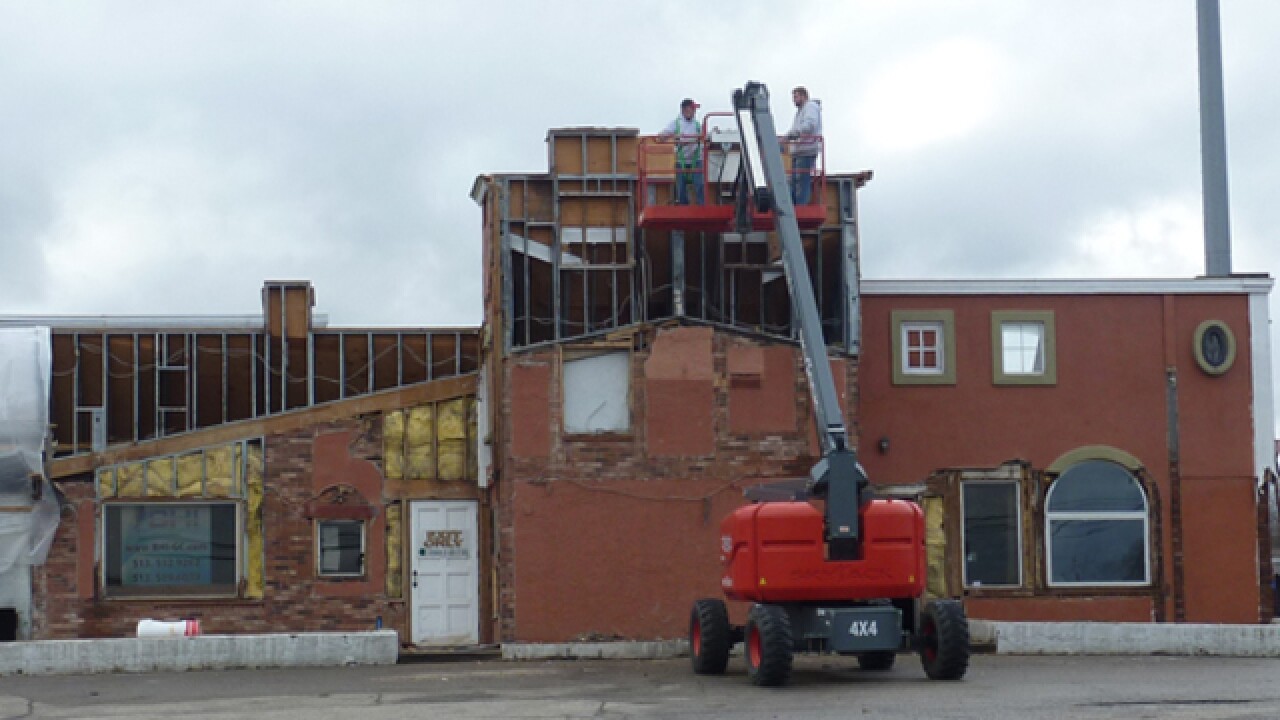 Copyright 2018 Scripps Media, Inc. All rights reserved. This material may not be published, broadcast, rewritten, or redistributed.
Provided
<p>The former Casa Tequila restaurant at 6701 Dixie Highway is undergoing complete renovation after an eight-year vacancy. AA Plumbing is expected to begin operating in its new location in late spring. </p>

FAIRFIELD, Ohio --The relocation of a local plumbing company means more space for the business but also relief for city officials.

AA Plumbing , which has been operating for 40 years in Fairfield, will relocate its headquarters this year from 3259 Homeward Way to 6701 Dixie Highway. The move will put the company's headquarters in a location that has been vacant for nearly a decade.

The property most recently housed the Mexican restaurant Casa Tequila and was the site of a gang-style double homicide in 2008. The property has been vacant since about 2010.

"It's been kind of a troublesome location with those past issues," said Fairfield Economic Development Manager Alex Kraemer.

In 15 years as a broker, he's encountered only one property with such an issue.

"I don't think that would prohibit anyone's business decisions because of an isolated incident," he said.

"It either meets the requirements to do business or it doesn't, and if it doesn't, it's out," Dwyer said.

The long vacancy of the Dixie Highway property may have been in part due to a prohibitive asking price.

Bringing the price down made it a more reasonable purchase, he said.

He chose to relocate to state Route 4 primarily because of the additional space offered by the 10,000-square-foot building.

In addition to serving as the site of the business' headquarters, the new location will feature a showroom and will offer plumbing supplies. The company also will operate a plumbing training school out of the facility.

The increased visibility on Dixie Highway is another perk of the new location.

"We were thinking about expanding on our existing property, but we're in an industrial park. We're hidden," Salem said.

The high visibility of the property is significant for city officials as well. The former restaurant's water damage and run-down condition stood out among new businesses and other redeveloped properties in the area.

The building is currently undergoing a complete renovation, which is expected to be complete in late April.

"The past several years have had some good redevelopment going on along Route 4," Kraemer said. "This really kind of continues that momentum."

Salem expects to begin operating out of the new location around late spring.