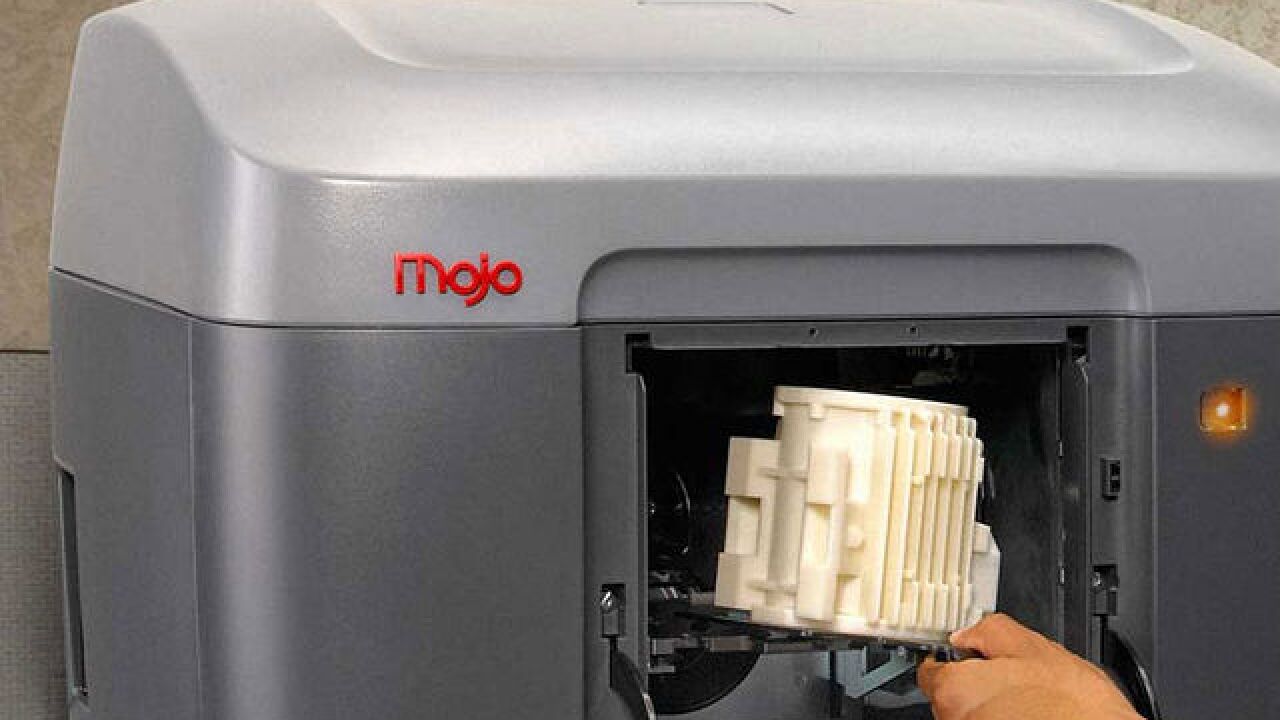 CINCINNATI -- Some Tri-State students recently got a three-dimensional perspective on STEM education.

Youths this school year had the opportunity to participate in 3-D printer clubs at 13 schools, nonprofits and learning centers, thanks to a $50,000 grant from the National Science Foundation and the Greater Cincinnati STEM Collaborative. The collaborative is a nonprofit that aims to prepare kids for careers in STEM (science, technology, engineering and mathematics) fields.

“They talked a lot about really being able to take problems and feel like they were able to make a difference in their community,” said Kathie Maynard, education leader and researcher for the collaborative.

Through interviews with family and community members, students identified needs like securing a cellphone during a conference call and stacking bales of hay efficiently. A club from Holmes Middle School even focused on finding creative ways to get people interested in living and working in Covington.

Each club was made up of about 15 students, who met weekly. In addition to identifying real-world problems, they learned about the printers and designed and created objects, including cups, cellphone holders and jewelry boxes.

“They were really looking at ways that they could create products that served a practical use within their everyday life,” said South Avondale School Principal Michael Allison.

The clubs partnered with community and business mentors, who helped guide students with feedback from engineering and entrepreneurial perspectives.

At South Avondale School, where the 3-D printer club primarily targeted girls, participants teamed up with mentors from the United Way Women’s Leadership Council. The mentors served as coaches in the context of the club’s projects, but they also worked to build rapport with students, encouraging goal-setting and offering career guidance.

“We had about four or five students that were able to research different careers in the STEM fields, when formerly their awareness wasn’t at that level,” Allison said.

Based on early results from STEM collaborative debriefing sessions and post-program survey results, kids also came out of the club with a greater interest and understanding of STEM subjects.

“I think it really did open up a lot of their eyes to a lot of the things they didn’t know they could do,” Haggard said.
Most clubs began meeting between December and February and wrapped up in April, but leaders already are thinking ahead to summer and even next school year.

“What’s nice about this particular club is it is actually remarkably inexpensive, especially after you have the printer and the curriculum,” Maynard said.

While the collaborative’s STEM bicycle clubs cost about $7,000 the first time and $3,500 for later sessions, the cost of the 3-D printer clubs is about $2,000 initially and “a few hundred” after that, she said.

School officials at South Avondale School plan to continue the program and hope to expand it to include more students.

“We want to bring back the entire program and expand it having multiple printers,” Allison said.

STEM programming is also poised to grow in Covington Independent Public Schools, where district officials are trying to create a “makerspace culture,” Haggard said. The district will not only continue offering STEM bicycle club and 3-D printer club programming but will host a summer STEAM (science, technology, engineering, art and mathematics) academy this summer for students entering sixth through eighth grade.

STEM collaborative leaders also are looking toward a future of expanded offerings, with a boxcar derby 3-D printing program planned for this summer and more in the works.

“What we’re working toward is to have a continuum of offerings,” Maynard said.