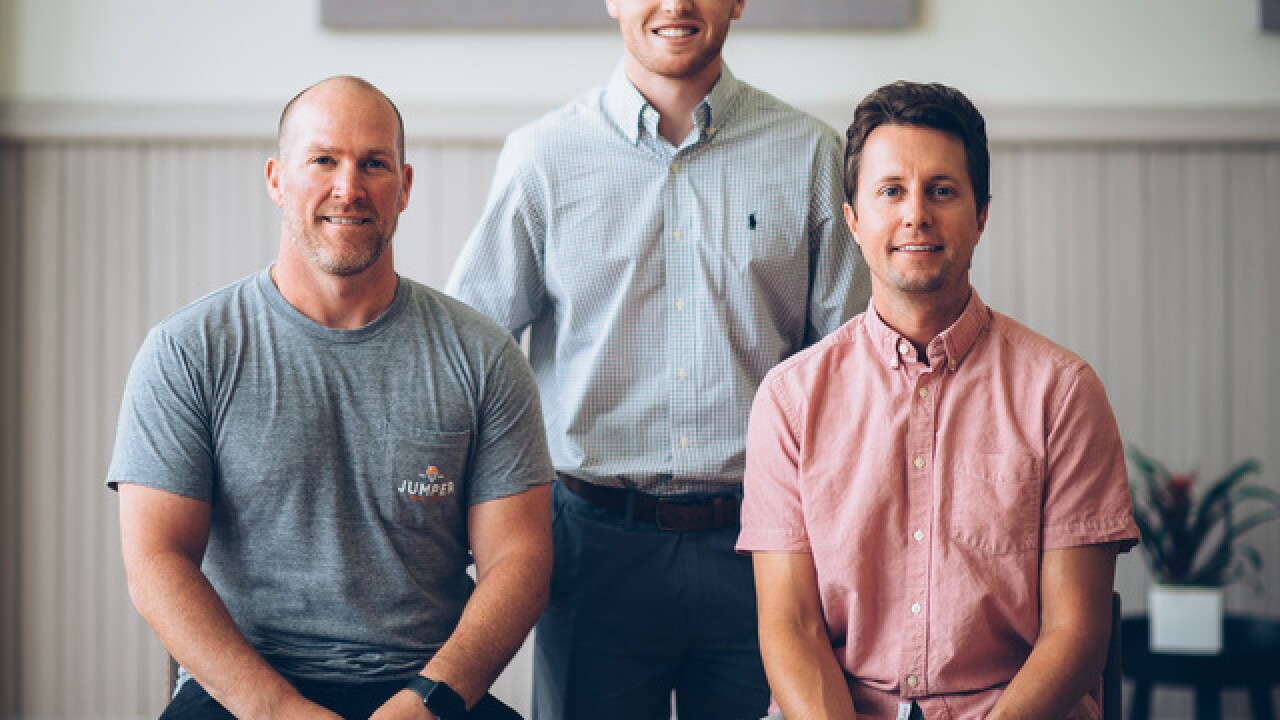 This is the third in a seven-part series introducing the new class of The Brandery, an Over-the-Rhine seed-stage startup accelerator. Each day this week, we'll focus on one startup or business selected to participate in this year's program. Today: Jumper Threads

CINCINNATI -- Daniel Redlinger started Jumper Threads, one of seven new startups in Over-the-Rhine business accelerator The Brandery, as a quest to find an undershirt that would stay tucked in.

It was a personal problem that annoyed him, and he couldn't find a solution. He couldn't find one that wasn't made from cotton and wasn't cheaply made, no matter the brand.

As a hobby, he started Jumper Threads at the end of 2015 to make that perfect undershirt. He picked that name as a tribute to his days as a paratrooper and Army Ranger.

Making clothing wasn't exactly his area of expertise. He has spent most of the last 16 years helping businesses and commercial real-estate owners acquire capital. In 2007, he founded Hyde Park Commercial Group, a company that does just that.

He did have one advantage in the apparel business: A brother-in-law named Andrew Mallett. Eleven years ago, while in college, Mallett started his own ski and snowboarding apparel company, Saga Outerwear, which he still runs.

Mallett became a minority partner in Jumper Threads, and helped Redlinger get his ideas made into real clothing. Their first product was, of course, an undershirt, which retails for $25. It's made primarily from modal, a fiber made by spinning reconstituted cellulose from beech trees.

In 2016, Jumper Threads launched a second product, Jump Pants, made from French terrycloth. They feature a crotch vent called a gusset and retail for $68.

The company pre-sold them at Kickstarter.com, with the goal of raising $20,000. They ended up raising $135,000 from 1,306 backers. Four hundred backers were from other countries, including Norway and Dubai, Redlinger said.

In the 20 months the company's been in business, it's made about $250,000 in total sales, Redlinger said. It's currently sold out of Jump Pants, and plans to restock in September.

The company buys its raw materials mostly in Asia, Redlinger said, but runs the business from The Brandery. It's still a small operation consisting of the founders, an intern and a fulfillment/customer service person.

But the company has become part of a growing apparel segment among local startups.

"You don't need to be in New York or LA to find a designer or manufacturer that will help your ideas come to life," Redlinger previously told WCPO.com. "The internet and gig economy has leveled the playing field with respect to access to resources."

Jumper Threads is working on three new products that Redlinger hopes to launch before the end of the year:

The company plans to hold another Kickstarter campaign, this time to pre-sell jacket orders, at the end of September.

Redlinger has learned that compared to other businesses, everything takes longer in the clothing business. There are more moving targets, sourcing materials can be difficult and shipping products from manufacturers overseas is expensive.

But he gets much satisfaction, he said, out of taking something he's sketched on paper into a physical product.

The biggest challenge in the clothing industry is sustaining sales, Mallett said, and it's no different for Jumper Threads. But the company gets an edge from its large following.

"We are developing a community," he said. "There are now tens of thousands of people who actively follow and engage with Jumper on a daily basis, through social media and email.

"It's a product that excites people and makes them feel better," he said.