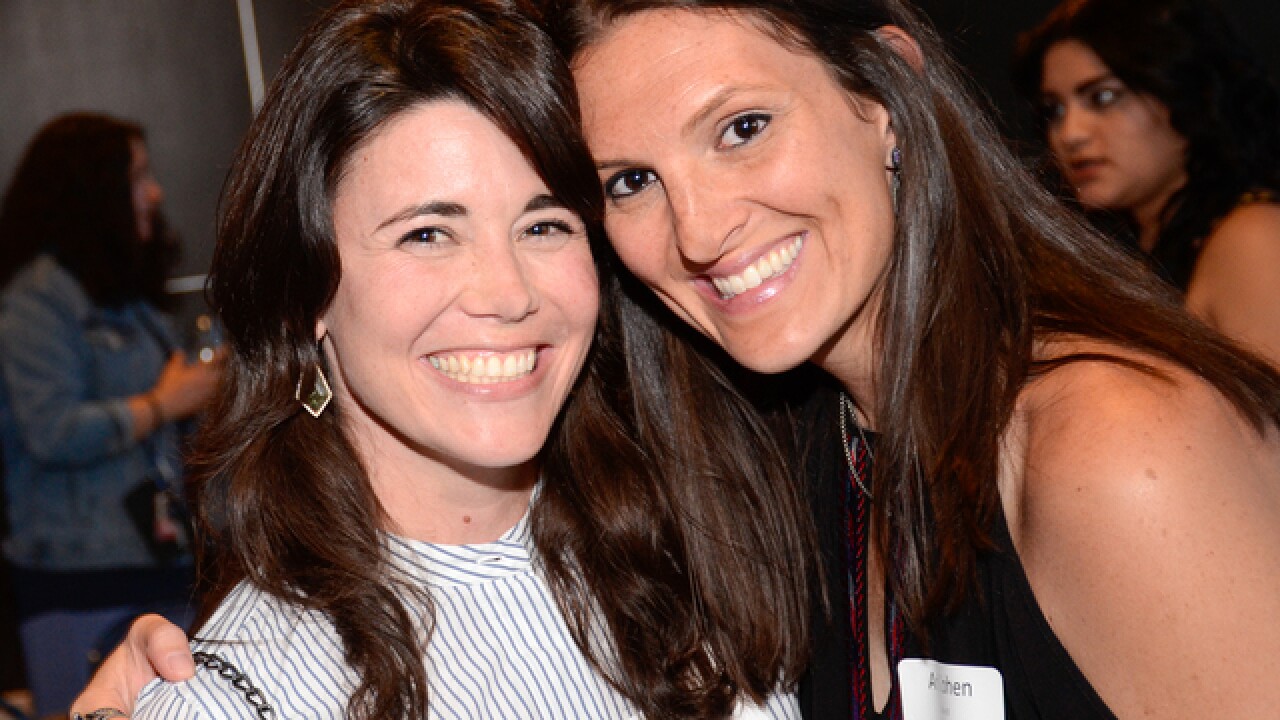 Copyright 2017 Scripps Media, Inc. All rights reserved. This material may not be published, broadcast, rewritten, or redistributed.
Provided
<p>Brooke Guigui, left, chair of the Young Adult Division of the Jewish Federation of Cincinnati, and Ariella Cohen, chair of the Beyond 2020 initiative.</p>

A generation ago, most Jews in the Tri-State region lived in just a few neighborhoods, mainly Roselawn or Avondale.

Most of them connected with other Jews at Saturday worship services at synagogues.

Today, Jews live in half-dozen ZIP codes scattered throughout Cincinnati, and attendance at worship services isn't as regular. Marriages with people of other religions are more common.

For these reasons, it's harder for young adult Jews to connect with each other. That's why a group called Beyond 2020, in partnership with the Jewish Federation of Cincinnati, plans to build a website specifically for Jews between 21 and 45 to connect.

The plan got a boost earlier this month when it was one of six projects to receive funding from the Jewish Innovation Fund. As WCPO.com previously reported, the fund was created by a giving circle of donors, supported by the Federation, to fund ideas that enrich Jewish life.

The idea for the website ultimately came from Cincinnati 2020, an initiative the Federation began in 2010 to increase the number of locals involved in Jewish life. Participants saw the need to engage more young adults in the process, said Lindsey Wade, the Federation's chief of staff.

When Cincinnati 2020 reconvened in 2015, the Federation's Young Adult Division created Beyond 2020 to come up with ideas and wants for the future of the young Jewish adult community and to make those happen, said Ariella Cohen, chair of Beyond 2020.

As part of Beyond 2020, 300 young Jewish adults met in groups of 10 to answer questions about what should be done. Members of every group said they wanted a website that promoted events of interest to them as well as where they could create and post their own events, Cohen said.

Some groups in the Jewish community have the resources needed to market events, Wade said, but others don't. "There's no central place for young adults to find out what's going on in the community," she said.

Such a site could also help Jews who have just moved to Cincinnati and don't know any other Jews, said Brooke Guigui, chair of the Young Adult Division. "It could be a landing spot for them to learn about all the opportunities in the community," she said.

The site is also expected to include information about job opportunities, volunteer opportunities and beneficial services, as well as news content relevant to the young-adult demographic.

As Beyond 2020 said in its grant application, "This will be a fluid, living entity that can change to fit the needs of the young adult community."

The organizers don't have a URL for the site or a name for it, but they have some ideas about how they want it to look. They don't want it to look institutional, but fresh and innovative, Cohen said.

In addition to the $35,000 from the Innovation Fund grant, the website's being funded through an endowment from the Jewish Federation for young adult engagement. It will help pay the estimated $20,000 annually to maintain the website.

The Federation has also hired a part-time worker to help develop the website, Wade said.

He's also working on AgeWell Cincinnati, a website that will link older adults, their family, their caregivers and their friends to resources for aging well in Jewish Cincinnati. It's scheduled to launch in October

The young Jewish adult website is scheduled to be launched in August 2018.

Meanwhile, the Federation is working with other Jewish groups in Cincinnati to get them to buy into the site and share their events and content on it, Wade said.

"We heard in the Beyond 2020 focus groups that young adults want to do it themselves, that they like finding new ways to do things, but they also value the opinions of the generations before them," Wade said. "That's the piece that the Federation can bring to the table."