A Name From History: Noted educator Helen Lotspeich believed in learning through experience 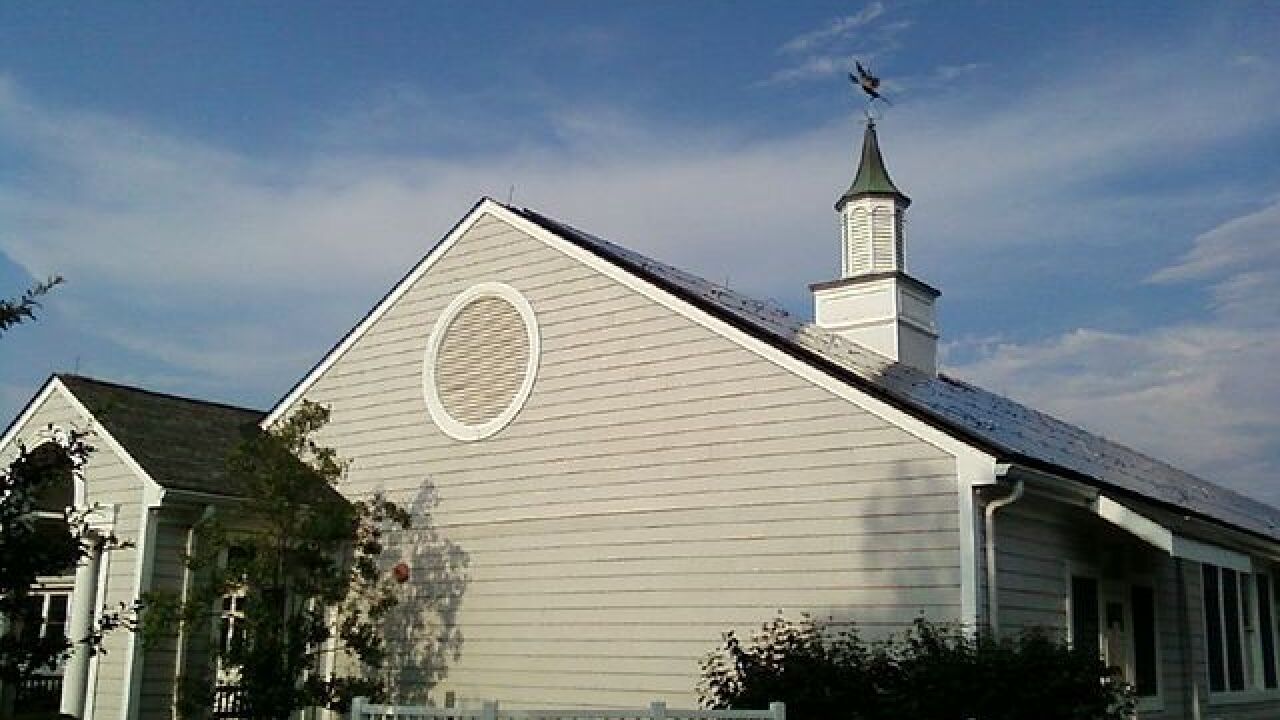 CINCINNATI -- Open-air school founder. Cincinnati City Council candidate. Ohio Mother of the Year.
Meet Helen Lotspeich, a colorful character in the history of Cincinnati education whose vitality and commitment to children lives on at the Seven Hills Lotspeich School in Madisonville.

Born into a Quaker family in 1882, Helen Gibbons was one of four daughters of whom their professor father had great expectations. She attended school in Philadelphia, went on to graduate from the University of Pennsylvania and received her master’s degree in German at a university in Leipzig, Germany.

While her sisters went on to become a violinist/singer, a fine art painter and a university professor, Helen and the boyfriend she met at school in Germany returned to Pennsylvania in 1902 to pursue careers in education.

Claude Lotspeich, who was a native of Knoxville, Tenn., studied for his Ph.D. in English philology while Helen taught French and German at a school “run by Dunkards and Mennonites,” wrote her longtime friend and council campaign manager, Iola O. Silberstein, in an essay for the Winter 1983 of the Cincinnati Historical Society’s Queen City Heritage journal.

A Home School That Grew

They moved to Cincinnati where Claude started a 45-year career as a professor at the University of Cincinnati and were married in 1907. The first of five children, Henry, was born a year later in 1908. They bought a house on Resor Avenue in Clifton where Helen Lotspeich chose to home-school Harry because she didn’t like how public school children behaved.

Silberstein wrote that other mothers in the area were drawn to the 5-foot 7-inch, 200-plus pound Lotspeich’s “special genius for both motherhood and teaching.” She didn’t teach by rote or punish by paddle. They asked her to teach their children, and before long Lotspeich had 14 students in her house during the day, Monday through Friday. The year was 1916.

Lotspeich believed fresh air stimulated the mind, and when she had a framed school building built in her backyard, she didn’t close in the windows. Students at her Clifton Open Air School wore heavy coats, hats, stockings and mittens during the cold months – hence their tendency to have poor penmanship, Silberstein wrote.

“Each child had a small container with a chemical, which produced heat when water was added,” she wrote.

The students were taught reading, writing, arithmetic, music, arts and crafts, history, geography, science, manners and the Bible. Reading was encouraged, first and foremost. Students who had finished their class work would grab books and take them out into Lotspeich’s yard to read. She asked parents to read to their young children and keep a good stock of books for older ones to read over summer.

Lotspeich created a natural history museum of sorts in the basement of the family’s house, which children could add specimens to as long as they brought in a written description of their item. She believed children learned from their experience and took them on field trips to Burnet Woods and Music Hall to listen to the renowned Cincinnati Symphony Orchestra.

Silberstein wrote that Lotspeich was known to close her school on beautiful snowy days because there was more to experience outdoors on those days than in school.

That goes hand in hand with the Clifton Open Air School’s goal to help children to learn the three R’s plus, to love natural beauty and grow their intellectual curiosity. They were taught to appreciate storytelling on a daily basis.

When the cold became unbearable, the students would pile into her house to keep warm. The lessons would not stop, however.
Lotspeich, Silberstein wrote, “believed character development was the ultimate aim of education” and that happiness hinged on being obedient and truthful and considerate to others.

The school expanded into a lot the Lotspeiches bought next door. They added two more school buildings and hired more teachers. Still, Lotspeich controlled the purchasing and accounting of the business and looked over all report cards, making sure students were graded, not just for academics, but also for self control, social spirit, curiosity, neatness and effort. She believed that a good grade in the latter could lead to a good subject grade.

If an entire class misbehaved, Lotspeich would walk out. If just one student did, she would jokingly say “If you don’t behave, I will sit on you.” This kind of humor was common at Clifton Open Air School.

In many ways, Lotspeich was a true progressive of her era. She believed deeply in inclusion, welcoming Jewish students and teaching their religion in class.