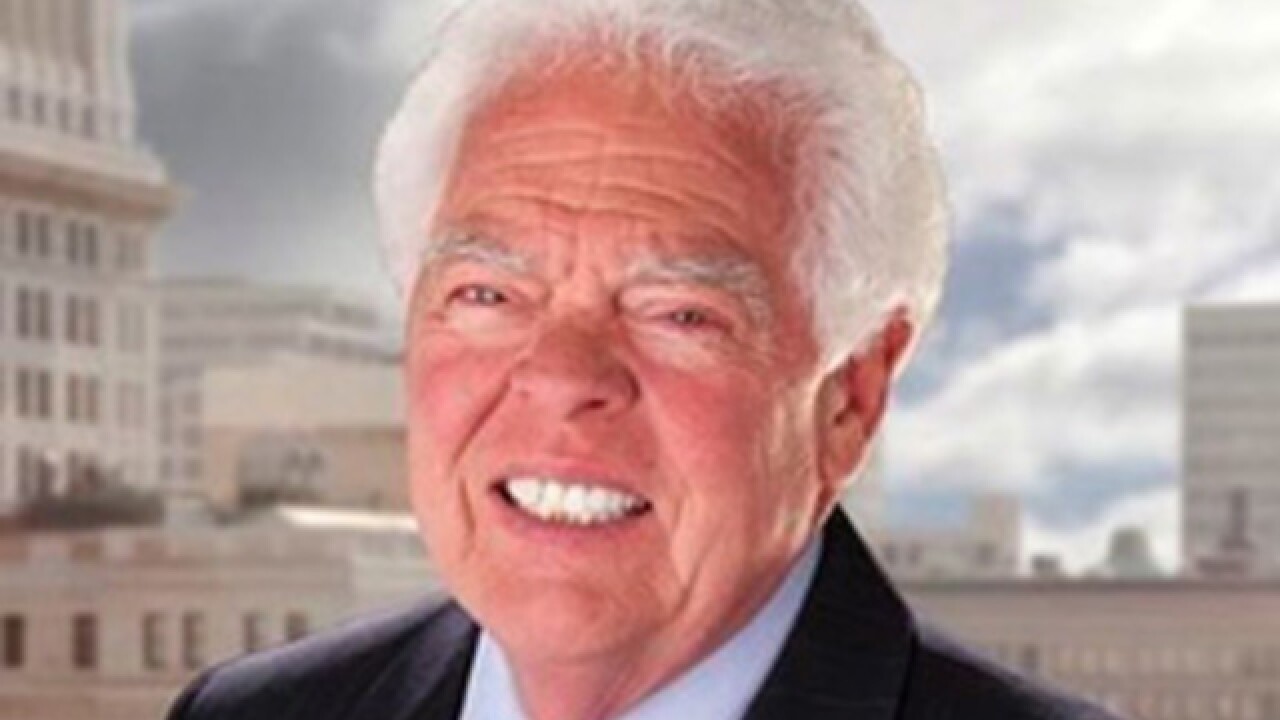 The fundraising event was revealed Tuesday. It was not disclosed in the initial public records responses Cincinnati City Council members provided to WCPO last week.

Mann said the fundraiser was nothing more than a nice gesture from an old friend, who has worked on and donated to his campaigns before.

The event, he said, was small and co-hosted with former Congressman Steve Driehaus. Mann did not immediately disclose how much was raised at the fundraiser or how many people attended.

“Jeff and I have known each other since he ran my congressional campaign in 1994 – we’re close friends,” Mann said. “I was glad (Jeff and his wife, Lindsay,) did that.”

Berding gave high praise to Mann in a statement to WCPO, complimenting his maturity, thoughtfulness, integrity and leadership.

"I was honored that David Mann administered my oath of office upon my own election to city council," Berding said. "Lindsay and I were pleased to have our friends Steve and Lucienne Driehaus join us in welcoming David and Betsy to our Mt. Lookout home on October 4 to support his re-election, and it was no surprise that voters wisely re-elected him.”

But others might view the fundraiser differently, University of Cincinnati political science professor David Niven said.

Niven said it’s likely Mann would have supported the city’s $37 million soccer stadium infrastructure deal – with or without campaign donations from the soccer team.

But there’s still an optics problem for the city’s second-in-command, he said.

“This is the kind of thing that frustrated people,” Niven said. “Somebody wants a lot of money from the city, so they spend a comparatively small sum supporting an elected official. Suddenly, a few thousand dollars out of pocket comes back as tens of millions of dollars in a contract, or in this case, stadium infrastructure. “

A review of campaign finance reports, filed before Cincinnati’s mayoral and council election Nov. 7 , found FC Cincinnati owners and their families gave at least $112,000 to politicians seeking office this year.

WCPO requested the information after council voted to drain a $7.38 million reserve fund, take $2.5 million from its annual budget next year, and commit millions of dollars every year from a hotel tax to pay for the project.

The records revealed the soccer club’s leaders spent months meeting privately with the mayor as well as most Cincinnati City Council members, and ramped up their lobbying in November – just weeks before the deal was passed.

Councilmen Wendell Young and Chris Seelbach were the only two who reported no private meetings with FC Cincinnati.

Initially, WCPO reported in a story last week that Mann’s public record response did not include a meeting with team leaders.

But Mann realized that was wrong after listening to WCPO reporters discuss their findings on WVXU, Cincinnati’s NPR affiliate, last week.

He reached out Tuesday to disclose additional meetings he held with Berding, including the fundraiser and an Oct. 31 meeting at Keating, Muething & Klekamp’s Downtown office to discuss the stadium plan.

Here’s a look at the private meetings FC Cincinnati leaders held with Cincinnati City Council members, in the months before the $37 million stadium infrastructure deal was approved.

May 1: Councilman P.G. Sittenfeld met with Berding for an hour.

Summer: Councilwoman Yvette Simpson met with Berding during her campaign for mayor, an informational session about FC Cincinnati (she did not provide an exact date).

Summer: Simpson met with Berding and Carl Lindner III to discuss her campaign (she did not provide an exact date).

On or about Oct. 15: Around this time, Winburn and Berding had a 15-minute phone call.

Nov. 3: Sittenfeld spoke with McGraw and Murray for 30 minutes via phone to discuss FC Cincinnati.

Nov. 9: Cranley met with Berding (two days after winning re-election) for one hour at City Hall.

Nov. 12: Councilman Christopher Smitherman met with Berding for 30 minutes at a Starbucks in Hyde Park.

Nov. 15 - 17 (on or about): Winburn, met for an hour with Berding and McGraw at Keating Muething Klekamp law firm.

Nov. 16: Winburn had a two-minute phone call with Berding.

Nov. 24-27 (unsure of exact date): Simpson met with Berding at some point, after returning from vacation.

Nov. 26: Winburn spoke by phone for 10 minutes with Lindner to discuss the vote that week.

Nov. 27: Cranley met with Berding from 9:30 to 10 a.m. -- just an hour before the Budget and Finance Committee vote on funding for FC Cincinnati.