A look at the 2017 Flying Pig Marathon by the numbers 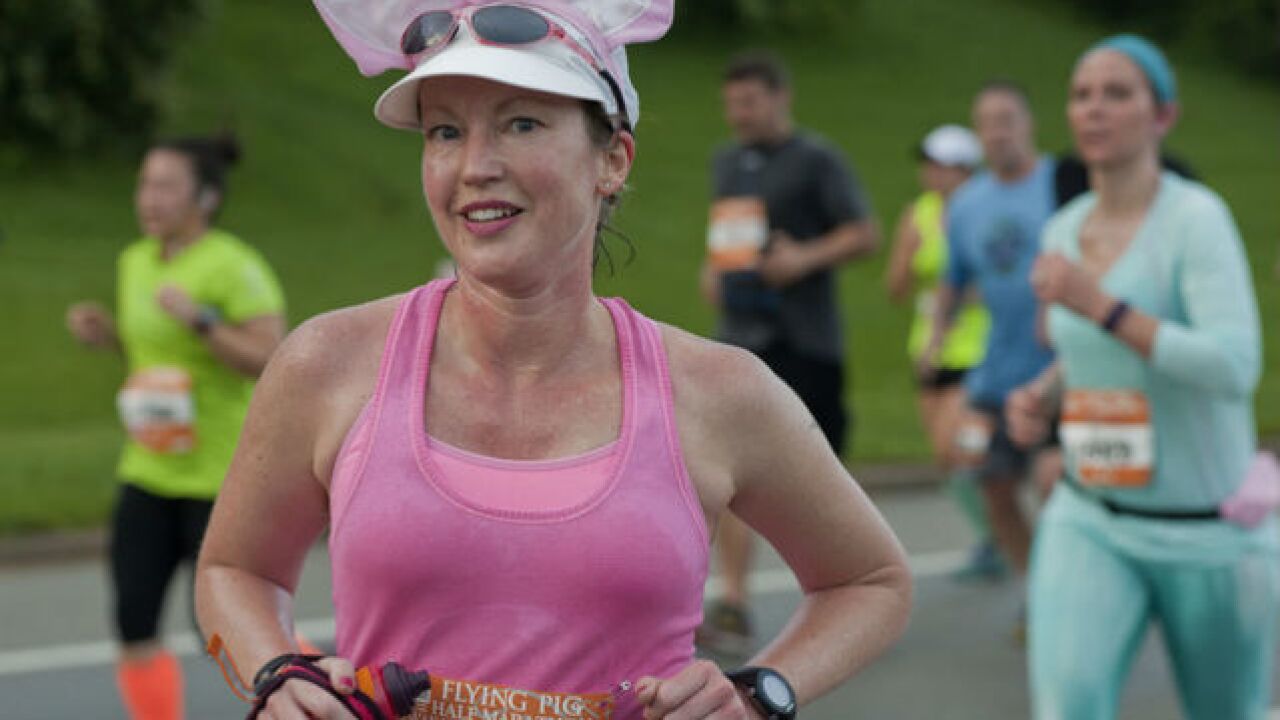 CINCINNATI -- The countdown is on to the 19th annual Flying Pig Marathon, the city’s annual homage to its Porkopolis roots and a jam-packed weekend of race festivities for running and walking enthusiasts of all abilities.

The marquee events are Sunday’s marathon, half-marathon and relays, but there’s plenty to do Friday and Saturday, too. In fact, participants from all 50 states and 20 countries are preparing to bring home the bacon throughout the weekend.

RELATED: Looking back to the first Flying Pig Marathon in 1999

Only time will tell if this year’s crowd will beat the record weekend participation of 2016, which boasted 39,692 entrants.

Intriguing possibilities for potential winners are plentiful, from 2015 Pig champ Adam Gloyeske on the men’s side to Kerry Lee on the women’s side. Lee has placed second or third every year since 2011 but has never won.

The half-marathon features Olympic Trials marathoner Tommy Kauffmann and three-time Queen Bee Half Marathon winner Katie Lenahan, who placed second in the Pig half last year and third in 2015.

The P&G Health and Fitness Expo at the Duke Energy Convention Center starts at noon Friday. The entire schedule of events is available at flyingpigmarathon.com. In the meantime, check out some numbers that define the 2017 Flying Pig:

The year the marathon course record was set (2:20:25) by Cecil Franke.

The Pig offered prize money in its early editions but stopped that practice to align with its mission of being a fun running festival for entrants of all abilities.

The number of live entertainment and themed fluid/nutrition stations throughout the course. That includes Elvis.

As in degrees, and this was the highest race day temperature of any marathon start in Pig history.

The early forecast for Sunday estimates a high of 63 degrees, and it will be much cooler at 6:30 a.m. The day is expected to be sunny with low humidity and no chance for rain.

Amount of money raised through the Pig for charities in 2016.

More than 250 charities used the Pig as a fundraiser last year and, since 1999, $15.7 million charity dollars have been raised through the event.

Miles in a marathon.

Hours to celebrate during the Michelob Ultra Victory Party. The party will be near the finish line in Yeatman’s Cove from 8:30 a.m. to 3 p.m. Sunday. The finale features music by Snidley Whiplash plus awards and food.

Number of Street Squealers, or race fans, supporting the participants in Sunday’s marathon, half-marathon and relays.

Some fans make an event of it, grilling bacon and cheering on entrants from their lawns and porches.

The Pig’s economic impact on Greater Cincinnati. The figure includes $1.3 million for lodging and $1.2 million on restaurants, bars, entertainment venues and the marathon expo. Participants and their groups spend more than $250,000 at department stores and retail outlets throughout the weekend.

The first event during Pig weekend is Friday’s Little Kings Mile. It’s also the second installation of the three-event Christian Moerlein Beer Series. The other two are the Bockfest 5K in March and the Hudepohl 14K and 7K in September.