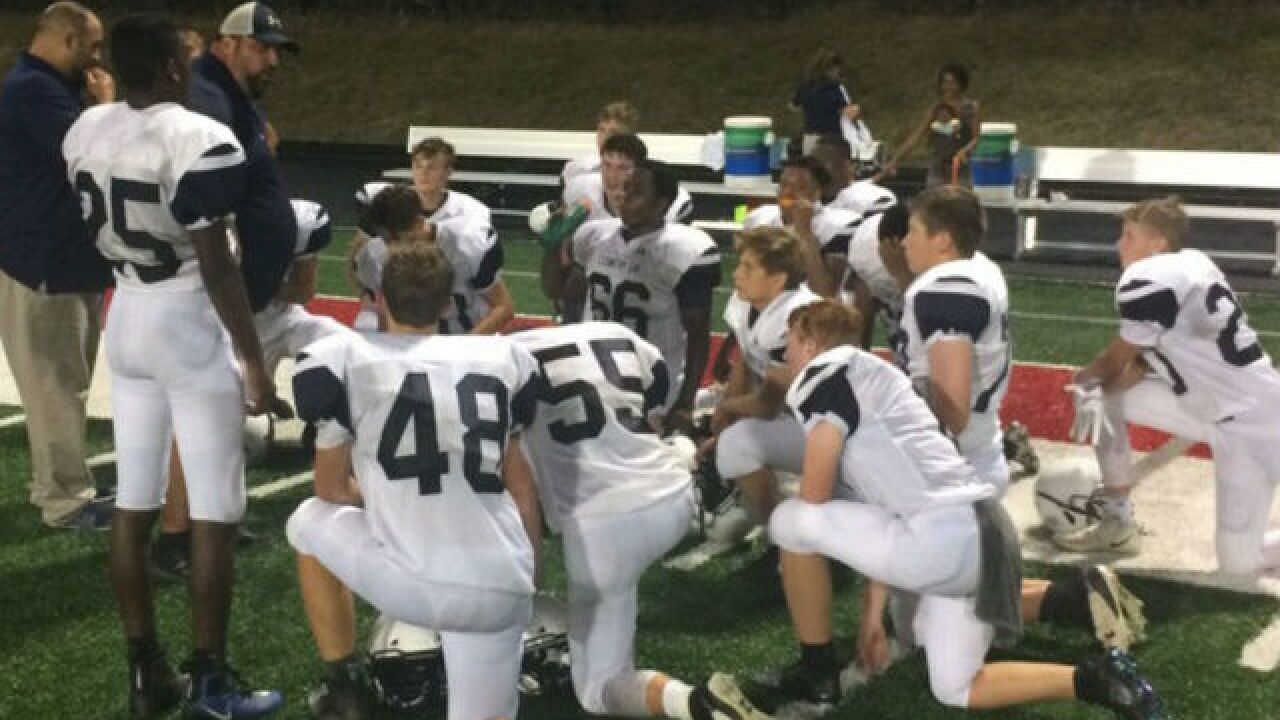 Copyright 2018 Scripps Media, Inc. All rights reserved. This material may not be published, broadcast, rewritten, or redistributed.
<p>The Cincinnati Country Day School football team reflected upon its opening win at Holy Cross Aug. 24 after the team had just 16 players on its roster. (Provided photo)</p> 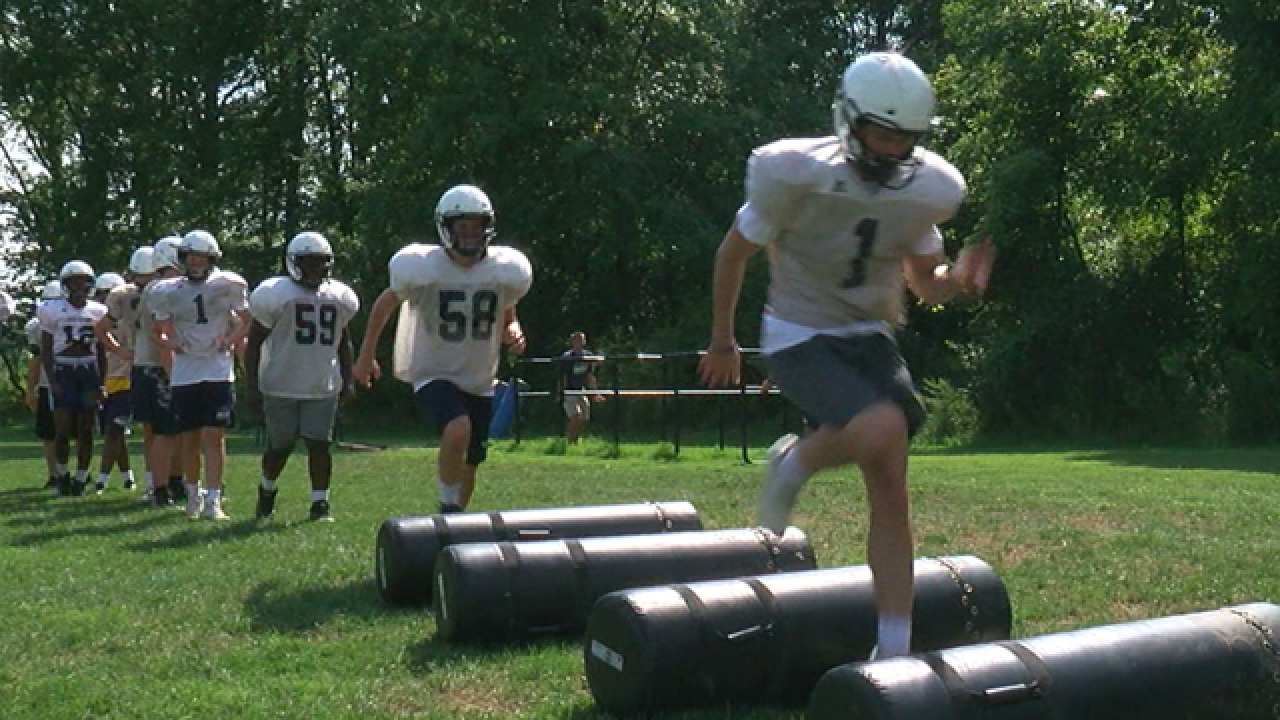 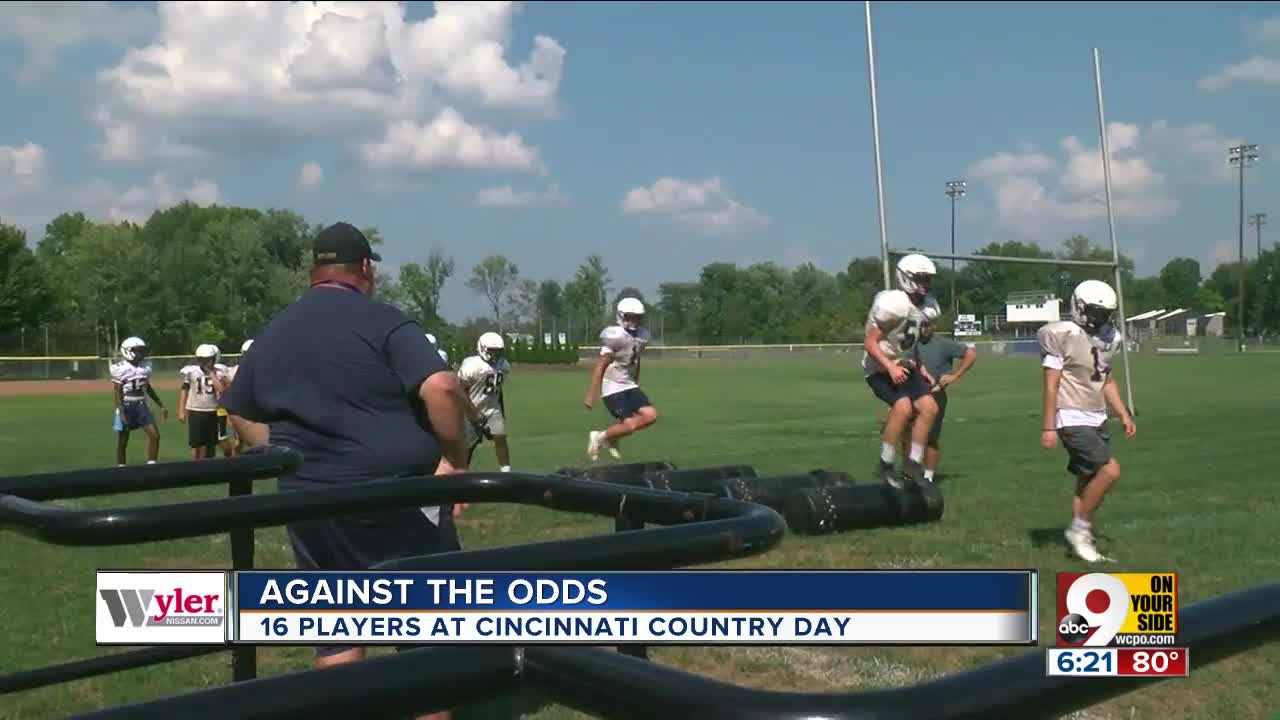 “I’d take 15 guys with heart over 25 guys any day,” the Cincinnati Country Day School senior center/outside linebacker said. “We played for each other.”

CCDS, a Division VI program, has just 16 players on its roster including two kickers. The Indians have three coaches. The odds are certainly stacked against them this season. But, it's a challenge they embrace with enthusiasm.

“I have coached at CCDS since 2002 and nothing against other teams I have coached but this win versus a team that had almost triple the roster size we have was flat out incredible given the circumstances,” CCDS Interim Head Coach Greg Ross said. “Pure heart by our players. I love our players and love Country Day.”

Yet, the transition was smooth because Ross was the interim in 2016 and varsity assistant for Tim Dunn for 14 seasons. Holy Cross dressed 34 players and had 12 coaches on the sideline Aug. 24.

“I think they’re going to remember that game for the rest of their life,” Ross said.

Ross called a timeout early in the second quarter to calm the team’s nerves after trailing 6-0.

But, CCDS quickly responded and rattled off 25 unanswered points. Junior Matthew Adkins had 145 yards rushing on 17 carries and four touchdowns. He had a 26-yard reception, two punt returns for 75 yards. He also had an interception and two forced fumbles on defense.

Adkins is also a two-year starting point guard on the basketball team and a regional qualifier in two track events.

“He is a phenomenal athlete with game-breaking speed and has the ability to take it to the house every time he touches the ball,” Ross said.

Ross knew his participation numbers would be low this summer because of a smaller senior class. But, it’s not uncharacteristic. Three years ago, CCDS went 10-0 in the regular season with 23 players.

“To pull off the win on Friday was huge and fun to be a part of,” Ross said. “The boys deserve all the credit. It is amazing what kids can accomplish when they know you believe in them. The players were pumped up after the game but absolutely gassed. “I appreciate all the CCDS fans who came out to Covington.”