COLUMN: Here are 9 things that are just SO Cincinnati

Aside from beer, chili and the parish fish fry 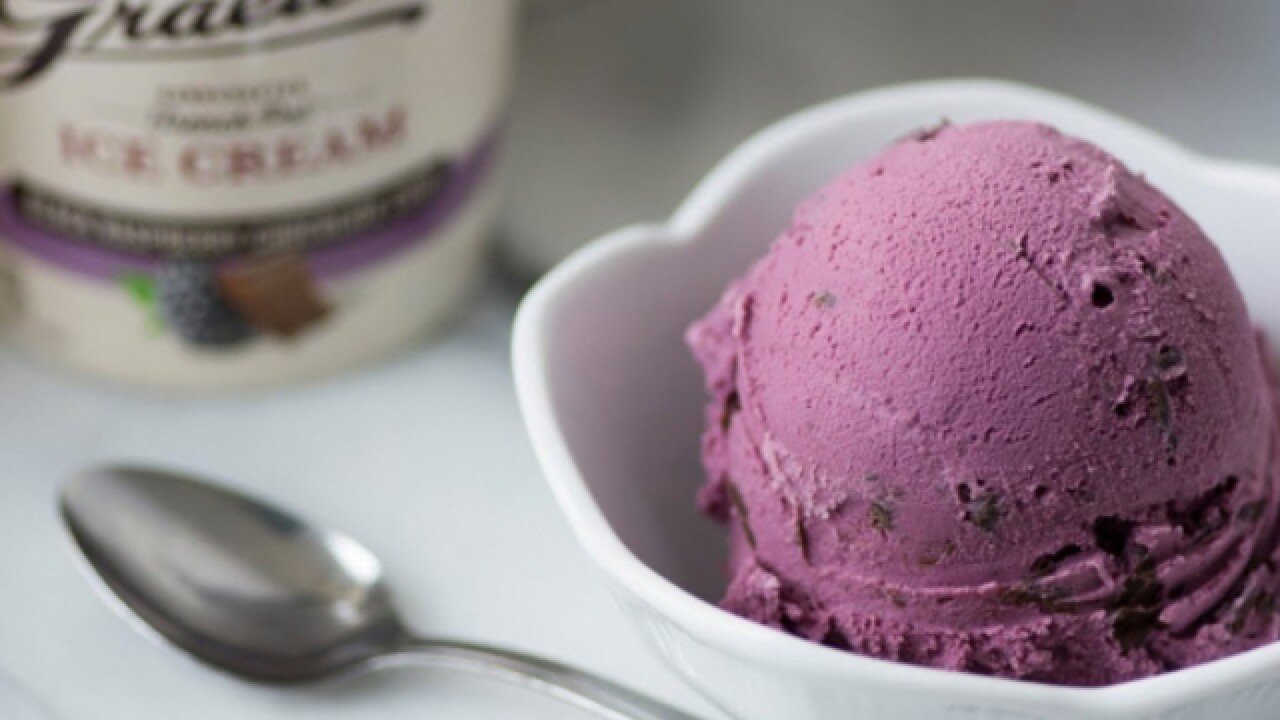 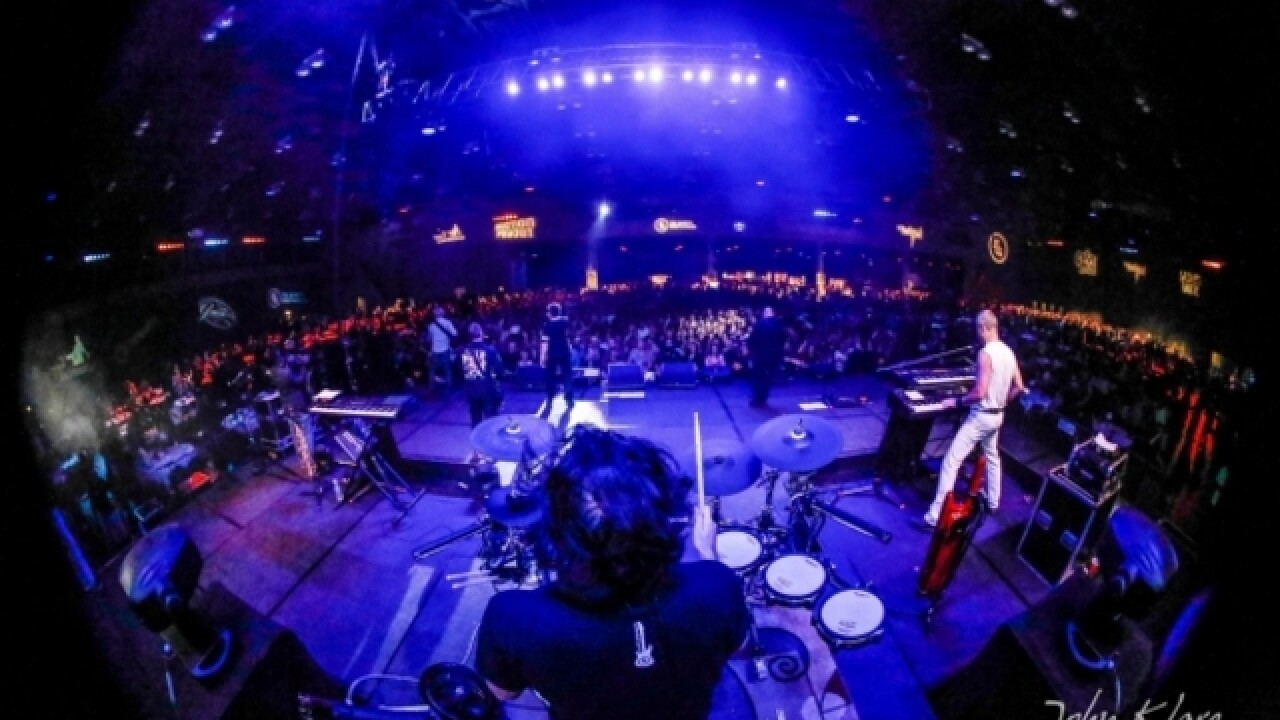 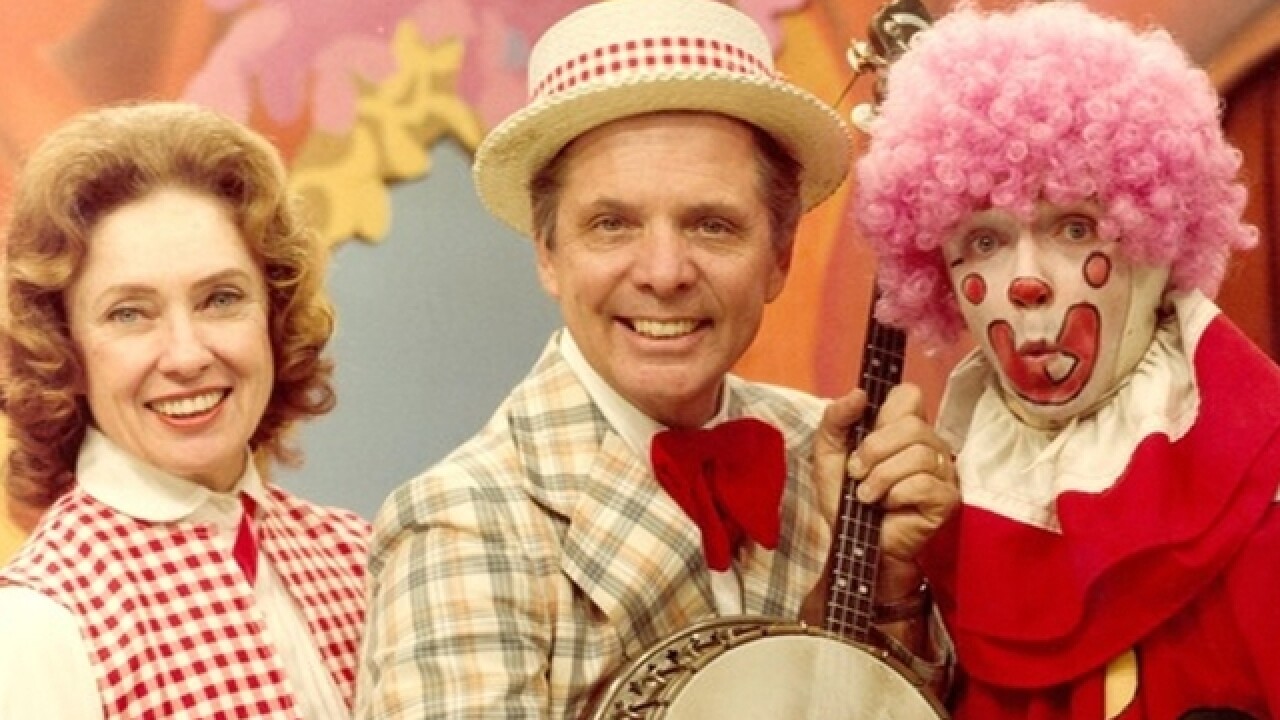 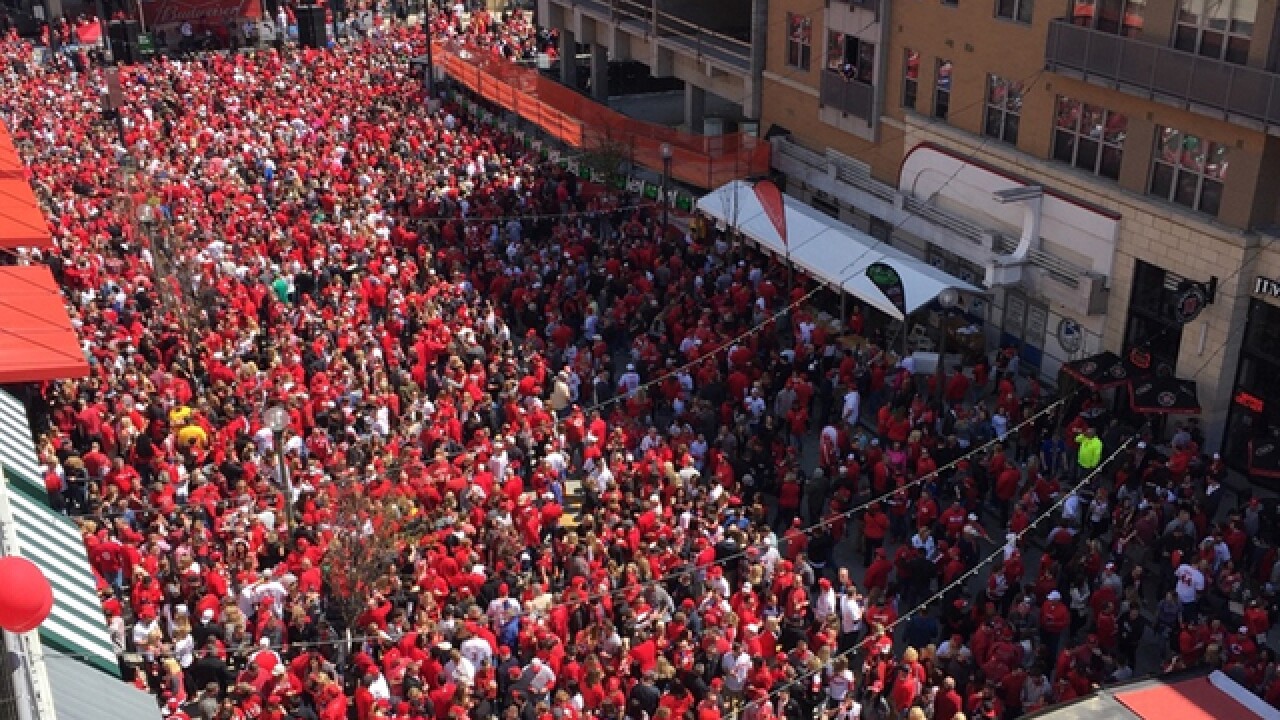 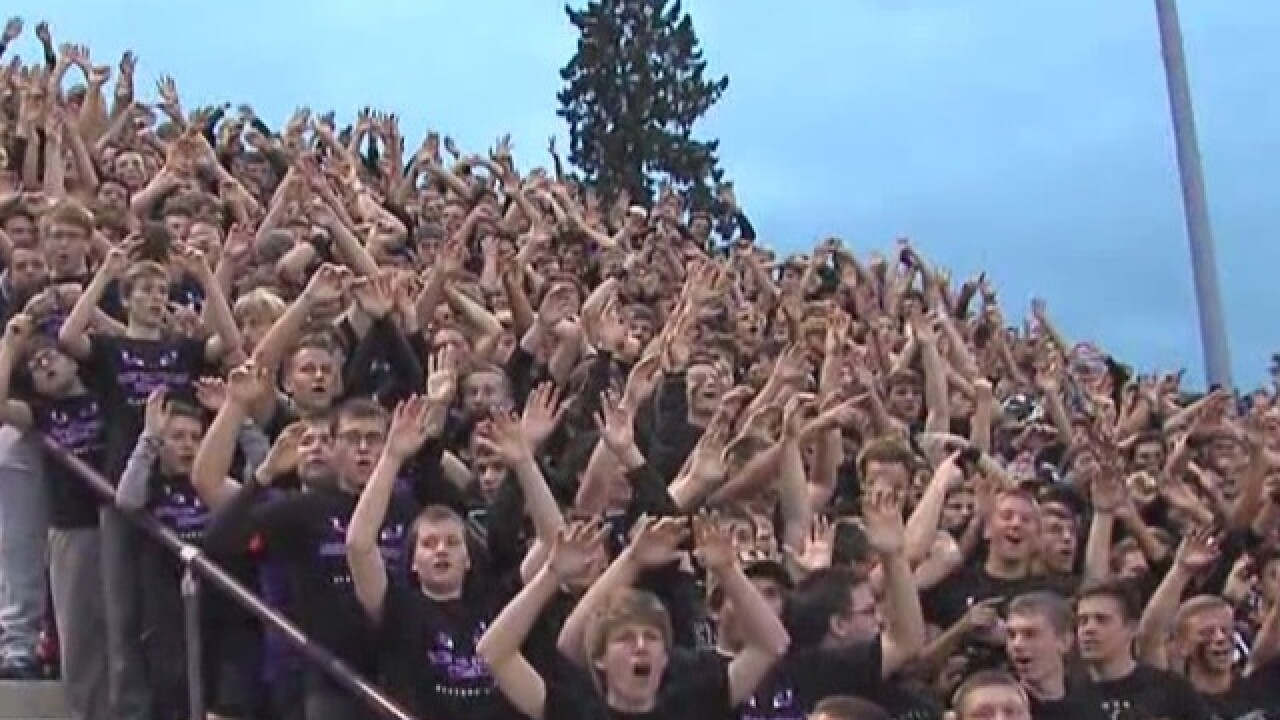 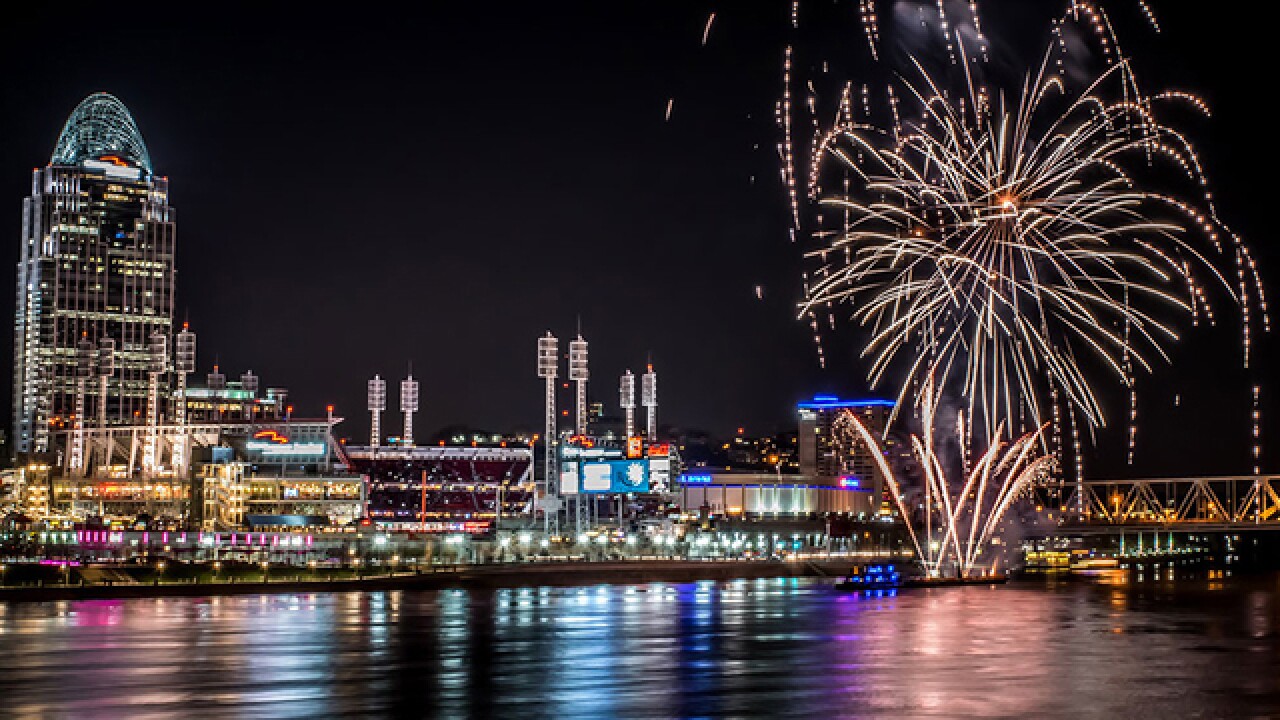 CINCINNATI -- Like every beautiful lady, our fair city has plenty of characteristics that make her stand out. In fact, the list of things that are simply “so Cincinnati” is a long one.

We’ve never met a fish fry or an Oktoberfest celebration that we didn’t like. We’re strangely great at supporting and growing entrepreneurial businesses, with a thriving startup culture. We love fireworks and chili parlors.

Being perennially disappointed yet wildly proud of our sports teams is a way of life. And, man, we make a lot of craft beer here.

For a Cincinnati native such as myself, it would be easy to create a list of 109 things, but there’s only room for nine on this list.

Each of us has our own favorites that are “so Cincinnati” – places, quirks, habits, landmarks, memories, people and traditions that set us apart. Here are mine.

It’s hard to overestimate just how much Cincinnatians love high school football. No matter how much coverage sports reporters give the games, it’s never enough. Rivalries are epic and decades long. Games are raucous and fun. Even if your team stinks, chances are you’ll be in the bleachers come the weekend. Yes, we love our Bengals and our Bearcats. But there’s really nothing like a high school game.

And Speaking of High School …

Yes, we do ask “the Cincinnati question” an inordinate number of times. You know the one: “Where did you go to high school?” It’s part habit, part curiosity, part local weirdness. In other cities, locals wonder where you work, perhaps, or what college you attended. Here, our burning question is about your high school alma mater. Who knows why, but I think the question is a shorthand: Are you a rich kid or not? Catholic? From the East Side or West Side (yep, that’s still a thing)? So much information packed into the answer to one small question.

Our Lady of the Church Festival

At this very moment, eager festival lovers around the city are plotting their plan of attack for The Season. There are so many festivals to hit during the four-month bacchanalia. Yes, the humble Catholic church fest is an explosively popular, rip-roaring Cincinnati tradition. Mardi Gras? SXSW? Coachella? Meh, keep ’em. This city loves her church festivals, with their delicious food, gambling, rides, beer drinking and rock music. Amen.

And Thy Name is The Rusty Griswolds

If you’ve not heard of The Rusty Griswolds, you must have just moved to town. The church festival circuit, for one, wouldn’t be the same without the band. Most parishes book a year in advance said lead guitarist Richie TerBush, who has been with the group for more than 15 years. The Griswolds play every major event in town, including the Cincinnati Reds’ Opening Night game each year. They pack gig after gig, often with thousands, and have raised more than a million dollars to benefit 100 charities at their annual Rusty Ball fundraiser. Not bad for an ’80s pop-dance cover band. “It’s just cool, and we’re glad to be going as strong as we are for as long as we’ve been doing it,” TerBush said.

We go a little nuts on the Cincinnati Reds’ Opening Day. An unusual number of adults feel a little tickle in their throats and just can’t make it into work that day, which is practically a holiday and perhaps ought to be treated as one by businesses and school districts. As we learned this year, even if it doesn't take place on the same day, the Findlay Market Parade is equal parts bombast and local-yokel quaintness. All around the city, the day is filled with contests and beer drinking and costumes and fanfare.

So, There Was This Man Named Uncle Al

Cincinnatians are proud of the role the city has had in television and movies over the years. But for many people, the pinnacle will always be “The Uncle Al Show,” an oddly charming children’s show that aired on WCPO for 35 years, making it one of the longest-running television shows in U.S. history. You can’t shake a stick in this city without hitting someone who still relishes memories of being a guest on the show. Dean Etter of Bridgetown was able to be part of the audience more than 20 times as a child and still remembers the excitement of hanging out with Uncle Al, Captain Windy, Pal the Dog, Lucky the Clown and a whole host of Larry Smith’s puppets. “It was simple TV in a simple time and made people feel good,” said Etter. “It was a lot of fun.”

Yep, We’ve Got a Sweet Tooth …

Cincinnati knows sugary goodness, with tons of local favorites including Doscher’s Candies (maker of the French Chew and wildly popular candy canes), Perfetti Van Melle USA (Airheads, Mentos), Busken, Esther Price, Servatii and Aglamesis Brothers. Just how much do we like things to be sweet? Plenty of transplants even complain that the pizza sauce at our beloved LaRosa’s is too sweet. (Locals know that’s just crazy talk.)

You love it. I love it. Foodies love it. Your momma loves it. Heck, even Oprah loves it. Graeter’s has been making artisanal ice cream by the same method for more than a century, and Cincinnatians gobble it up. The company has more than 40 stores. It sells in 7,000 groceries across the country. Black raspberry chocolate chip is still far and away the most popular flavor, said Chip Graeter, one of the owners of the family business, and people went nuts last year when Braxton Brewing Co. partnered with Graeter's to make a black raspberry-inspired beer. “We’re taking care of the business for this generation and the next generations of Cincinnatians,” Graeter said.

Every city has its own verbal peculiarities, and Cincinnati certainly has its share (lots of older folks still pronounce our football team’s name “the Bingles” and refer to our city as “Cincinnattuh”). But it’s our “please” habit that draws funny looks. Of course, we say “Please” with a question mark inflection, and we use it for times when others might say, “Excuse me?” or “Can you repeat yourself?” This inevitably prompts a confused or even annoyed “Please what?!” from non-locals who think we’re getting ready to make a request along the lines of “Please … pass the ketchup.” If our most irritating verbal quirk is just a misunderstood but polite usage, Cincinnati, I’d say we’re doing just fine.