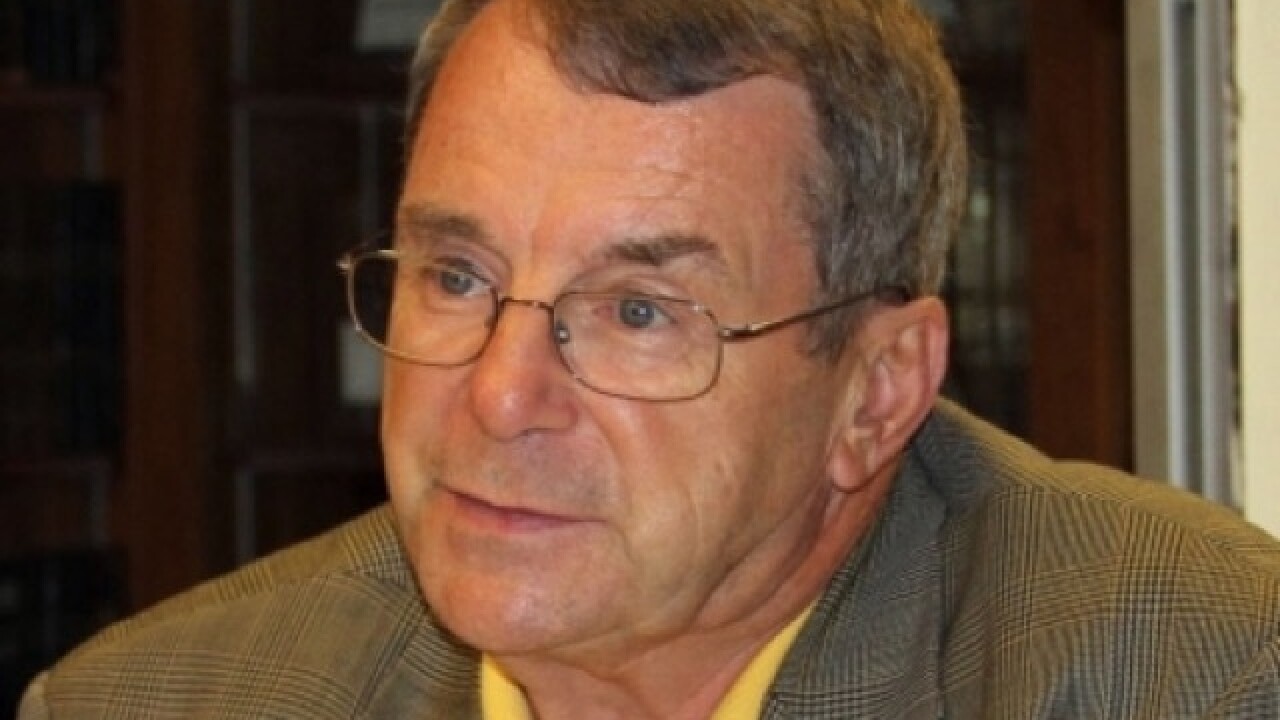 Provided
<p>Dr. Raymond Hebert is the first executive director of the Institute for Religious Liberty, estabished by Thomas More College in partnership with Hebrew Union College Jewish Institute of Religion.</p>

At the beginning of June, while Raymond Hebert was in Kansas City, Missouri, grading high school students’ European history advanced-placement tests, Thomas More College announced that the historian — who has worked for the college for 41 years — would be the first executive director of the school’s newly created Institute for Religious Liberty.

The institute, established last year by Thomas More in partnership with the Hebrew Union College Jewish Institute of Religion, has a mission to protect and advance the American concept of religious freedom as an inalienable right for all people. It was formed after several local business and educational leaders, including representatives from HUC, discussed the need to celebrate and educate others about the constitutional privilege and right to freely worship and practice religion.

The inaugural event was held Feb. 10 and featured two U.S. leaders of religious thought: Rabbi David Saperstein, U.S. ambassador for religious freedom, and the Most Rev. Joseph Kurtz, archbishop of Louisville and president of the United States Conference of Catholic Bishops.

On June 1, Hebert became the person chosen to run and grow the institute.

Here, the Thomas More professor and director of the school’s Gemini dual-credit program explains why he set his sights on leading the Institute for Religious Liberty at the culmination of his career.

WCPO: What attracted you to this position?

Hebert: I’m the product of a Catholic, liberal arts college in New Hampshire called Saint Anselm. I earned my master’s degree at Duquesne University, a Catholic university in Pittsburgh. My training has not only been in learning at Catholic institutions but also in working at them. I’m also a practicing Catholic. The concept of religious freedom and the belief in diversity has always been something special to me.

In fact, one of the most exciting moments of my young life was when I was a graduate student at Duquesne and I joined a busload of students traveling to Alabama to participate in a march from Selma, Alabama, to the Alabama state capital of Montgomery (as part of the voting rights movement in 1965).

I also spent some time, in an earlier part of my career, in Washington, D.C. I worked briefly for Bobby Kennedy and taught at a small Catholic college there and finished my Ph.D. at the University of Maryland. Being in D.C. always meant a great deal to me as a historian. I used to spend time at the Library of Congress, just looking at some of the incredible documents that were part of our American past.

I’ve always believed that what we as an American nation need to stand for should be based on what our founding fathers believed.

WCPO: How does the institute work to advance its mission?

Hebert: Through education and dialogue in the form of academic symposiums and lectures featuring internationally renowned speakers.

WCPO: Is there a schedule for the symposiums and lectures?

Hebert: The goal is that there will be a major speaker or a pair of speakers one year, and the next year there will be a panel discussion or a symposium, and we’ll wait each year to decide what the theme will be because we want it to be topical but still related to the issue of religious freedom.

WCPO: What do you perceive as the institute’s primary goals?

Also, as we all know, controversies about religious freedom have been rearing their head in America in recent years, and particularly in an election year — most recently in eastern Kentucky during the debate over the right of gay people to marry. Under such circumstances, and especially at a college named after the principled giant, St. Thomas More, who died for his principles, we must never forget the importance of what our founding fathers called the “inherent natural rights to liberty of conscience and equality under the law,” which is a quote from Joshua Charles, author of the book “Liberty’s Secrets: The Lost Wisdom of America’s Founders.”

WCPO: What is the most unique feature of the institute?

Hebert: One of the highlights of our institute is the partnership we have with Hebrew Union College and the Jewish Institute for Religion. This collaboration and the experts found at our institutions provide an extraordinary opportunity to apply insights from many scholarly disciplines to controversial issues.

WCPO: How does that partnership work?

Hebert: It means we use our respective traditions to bring together scholars from various disciplines so as to emphasize the importance of the different traditions working together.

WCPO: What will be the direction of the institute in 2017?

Hebert: The executive committee will be meeting shortly to finalize the details, but the original plan was to schedule the institute’s primary activity during the St. Thomas More birthday celebration each year (the week after Feb. 7). One possibility for 2017 could be a discussion of some aspect of the “Liberty’s Secrets” book.

In the words of a recent reviewer, the book exposes readers to the founding fathers as never before, emphasizing how they “believed in God, Judeo-Christian values and the freedom and necessity of religion in order to have a free and prosperous society.”

WCPO: When will details for 2017 be finalized?

Hebert: It is expected that more details, including a date and specific topic, will be available by the beginning of the fall semester in mid-August.

WCPO: What are you most excited about with this new position?

Hebert: My whole career, other than my Ph.D., has been spent at Catholic colleges and universities, and that evening of the event on Feb. 10, Michael Galligan-Stierle, president and CEO of the Association of Catholic Colleges and Universities, said that of the nearly 1,000 scholarly centers and institutes at Catholic universities in America — some of which look at religion and politics or religion and law — Thomas More College is the only one he knows of with a clear and sharp focus on religious liberty.

That really intrigued me when he said that that night. And I remember thinking that the institute was something I’d want to stay involved with as long as I was connected to Thomas More College.