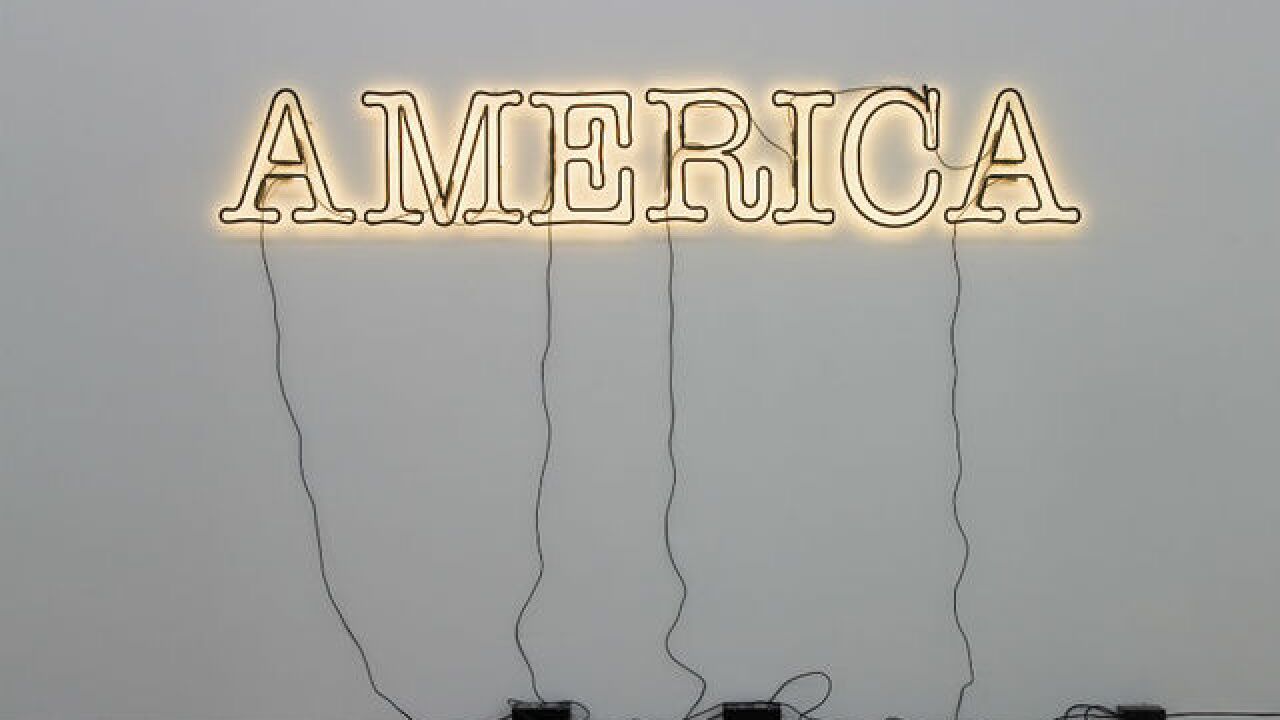 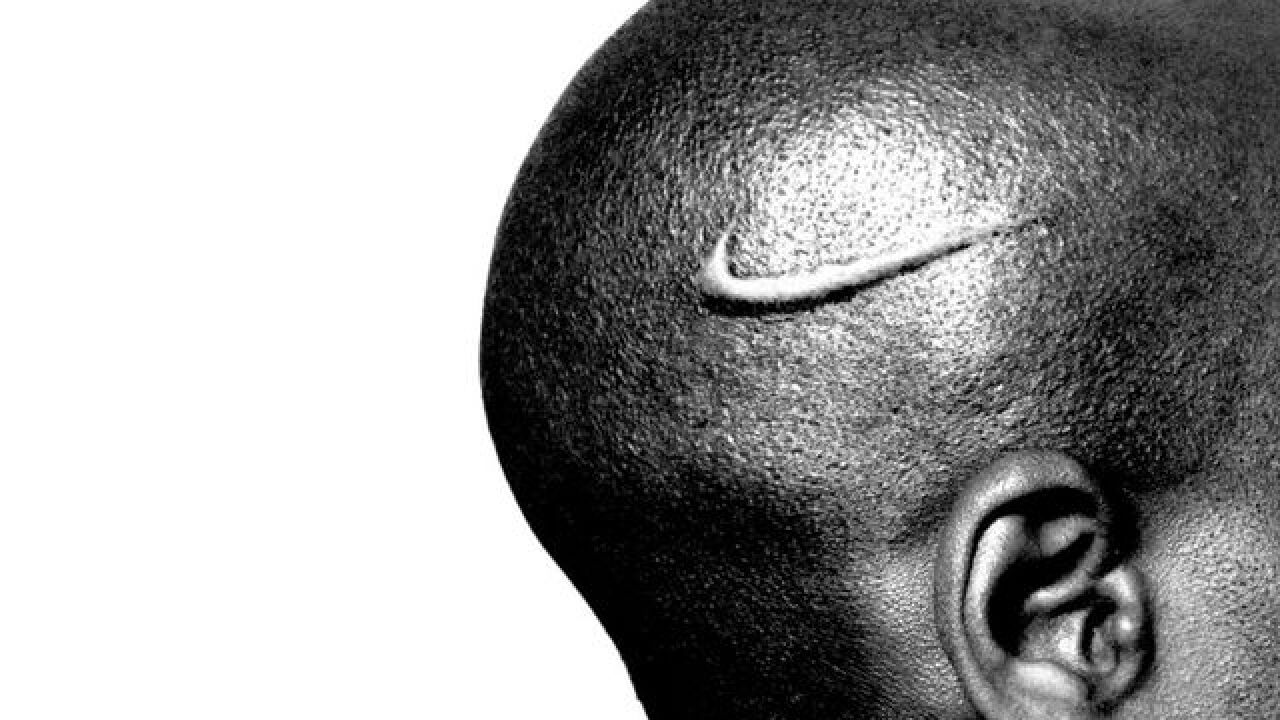 CINCINNATI -- The upcoming “30 Americans” exhibition at the Cincinnati Art Museum features the work of 31 contemporary black artists who navigate the choppy waters of what it means to be “American” in a rapidly shifting socio-political landscape.

And despite the numerical misnomer in the title, Brian Sholis, curator of photography at CAM and co-curator of the show, said that the naming of the exhibition was deliberate.

“Some may have a monolithic understanding of what African-American culture can be,” Sholis said. “But this show has such a wide range of artistic styles, mediums and techniques … it’s really just an exhibition of contemporary American artists.”

“30 Americans” originated during Miami Art Basel in 2008 from a showing of work drawn from the Florida-based Rubell Family Collection. Active collectors Don and Mera Rubell’s only stipulation for the resultant traveling exhibitions (five to date) is that all 31 artists featured in the original show be included in each subsequent iteration.

Sholis and his co-curator, Rehema C. Barber (director and chief curator of Tarble Arts Center at Eastern Illinois University), chose works from both the Rubell Family Collection and CAM’s own holdings, and the artworks are scattered throughout the building.

The Rubells themselves own 280 works that fit within that self-imposed paradigm, but the curators were also allowed to include any piece from CAM’s own holdings as long as it was made by one of the prescribed 31 artists.

Sholis and Barber were able to use “Wigs (portfolio),” Lorna Simpson’s installation of 21 duotone lithographs of various hairstyles and textures printed on white felt; “Untitled (I am an invisible man),” Glenn Lignon’s black oil-stick-on-canvas text painting; and at least one of Nick Cave’s colorful, surreal Soundsuits from CAM’s permanent collection.

“30 Americans” is typically organized by each hosting institution in loose categories, and CAM's version includes three overarching themes: class and economy, the body politic, and myths and caricatures. But Sholis is quick to add that there are several works that don’t necessarily fit into any categories.

“It is a broad show,” he conceded.

When both curators discussed their own practices, as well as the artwork they chose, it’s clear that encouraging conversation around those broad subjects was important to both, and the text panels within the galleries attest to their interest in provoking thought and dialogue.

To that aim, there is a reflection wall for visitors to share their thoughts. Cards prompting the viewer to fill in, “When I saw [blank], I felt [blank]” allow visitors to engage each other in dialogue around the show, and the use of social media hashtag #CAM30 is encouraged as a way to aggregate those ideas.

“A lot of the work is in dialogue with the others,” Barber explained.

Collecting Art is a Lifelong Commitment

WCPO had a chance to talk with the Rubells while they were in town previewing the show.

Speaking of the many valuable art objects she and her husband have collected over the past 40 years, Mera Rubell likened the job of a collector to that of a loving caretaker.

“Any collector, if they don’t get it at first, they get it very shortly,” she said of the lifelong commitment of caring for an artwork. “It’s like having children. The job is forever.”

Surrounded by art she clearly adores, she said she couldn’t imagine collecting the work of non-living artists. “That’s an absentee relationship,” she said matter-of-factly.

Additionally, the Rubells said that they never set out to collect the work of African-American artists in particular — it just happened that way.

Three to five years before their initial 2008 exhibition, the commonality in the artwork she and her husband were collecting “revealed itself” when they realized most of their studio visits were with black artists, as well as much of the work they had amassed up to that point, Mera Rubell said.

“That’s often what happens,” she added. “Artists reveal to us what we’ve already been committed to for many years.”

In the process of building their collection, the two have cultivated relationships with internationally renowned artists like Mickalene Thomas, Robert Colescott and Hank Willis Thomas — and most of those in this show are highly esteemed in their chosen discipline.

While many might want to lump the disparate work of a multigenerational group of artists together simply because of the color of their skin, the thematic groupings by the curators speaks to a much more pluralistic voice.

In addition to the reflection wall, starting in May, the musuem also will switch over the Sara M. and Michelle Vance Waddell gallery across from the Café to a forum with resources for further investigation about each artist. Additionally, in order to encourage conversation and dialogue, every Sunday during the run of the show, the museum will host events dedicated to exploring the themes in the exhibition.

As a smaller city, a large group showing of such powerful work by renowned contemporary artists doesn’t come to town that often. But when artists are given a platform to reveal truths to the public, the least we can do in return is engage with those topics in frank conversation.

Join your fellow WCPO Insiders at Cincinnati Art Museum's Art After Dark event 5-9 p.m. March 25. Swing by our table, located at the entrance of the museum, to grab a complimentary drink ticket (just for being an Insider!) and pick up our new sticker. Please RSVP so we can get a proper head count. Looking forward to seeing you all there!

30 in 30: Painting and Abstraction
Starting April 3. Runs 2-2:30 p.m. Sundays (through Aug. 28).
Become a part of the conversation with "30 in 30." Each week, explore the themes, concepts and artworks of "30 Americans" in this 30-minute program led by guest speakers and local organizations. Free. Reservations not required.